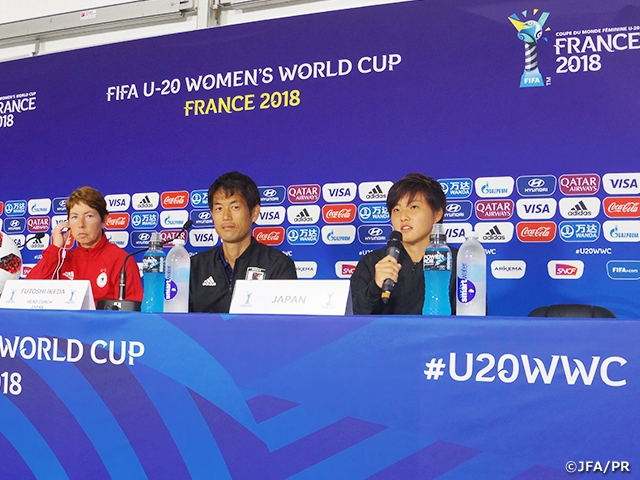 On Thursday 16 August, just one day ahead of their quarterfinal match against Germany at the FIFA U-20 Women's World Cup France 2018, the U-20 Japan Women's National Team conducted a training session to go over their tactics. The session was closed to the media, except for the first 10 minutes.

After the training session, a press-conference was held at the stadium where Coach IKEDA Futoshi and HAYASHI Honoka appeared on the podium. Coach Ikeda stated, “We have been able to keep a positive vibe while giving the players enough rest to prepare for the next match. Our team’s strength lies on the ability to work hard as a team, so we would like to continue to do so in our next match.” Hayashi also shared her aspiration ahead of the match, “We would like to showcase everything we’ve prepared for this match. We came here to win the title, so we will go out to win the next match.” 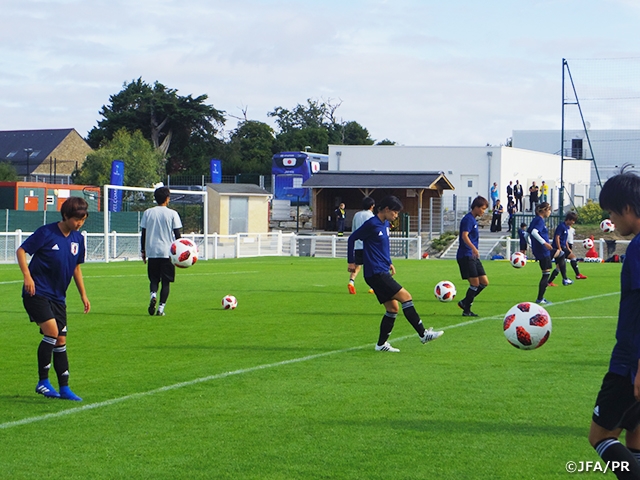 GK #18 STAMBAUGH Hannah (INAC KOBE LEONESSA)
The fact that I managed to stop a penalty kick in our match against Paraguay gave both the team and myself great confidence. I would like to give out accurate coaching to my teammates and keep another clean sheet in our next match.

MF #9 MIYAZAWA Hinata (NIPPON TV BELEZA)
I will stay focused in our next match to anticipate for the open space. I would like to challenge myself to take on the bigger players with my speedy dribbles to see if it can be effective at this level. If there are chances, I will attack aggressively.

MF #20 ENDO Jun (JFA Academy Fukushima)
Our team can defend as a team and attack as a team. I think that is one of our biggest strengths. Although we are feeling the pressure of the knockout phase, we will try to enter our next match as relaxed as possible. 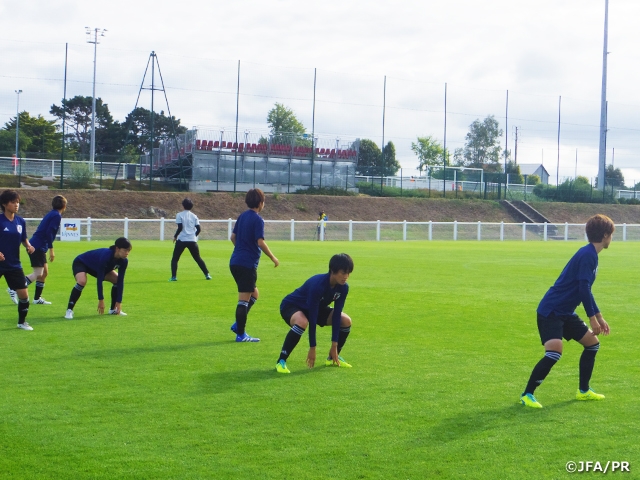