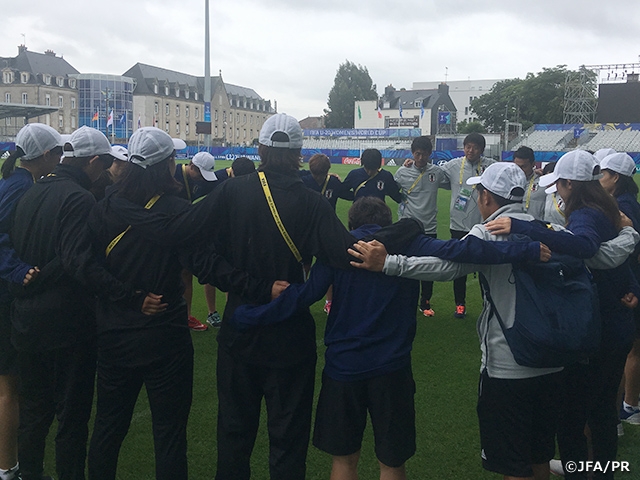 With their third group stage match against Paraguay set for the next day at the FIFA U-20 Women's World Cup France 2018, the U-20 Japan Women's National Team held a training session behind closed doors on Sunday 12 August. The team went through step-works, passing, ball control, and 6 vs 3 possession drills while the session was still open to the media, followed by a closed session where the team conducted trainings that simulated the match scheduled on the next day.

Following the training session, the team visited the match venue, but similar to the first match, they were not allowed to train on the field to preserve the pitch condition. Despite the rainy weather, the players walked through the pitch to get a feel of the turf. The team was then seen huddling up on the field to unite their mindsets ahead of the match.

The U-20 Japan Women’s National Team will face the U-20 Paraguay Women's National Team in their third group stage match of the FIFA U-20 Women's World Cup France 2018 on Monday 13 August, with a kick-off time of 13:30 local time. 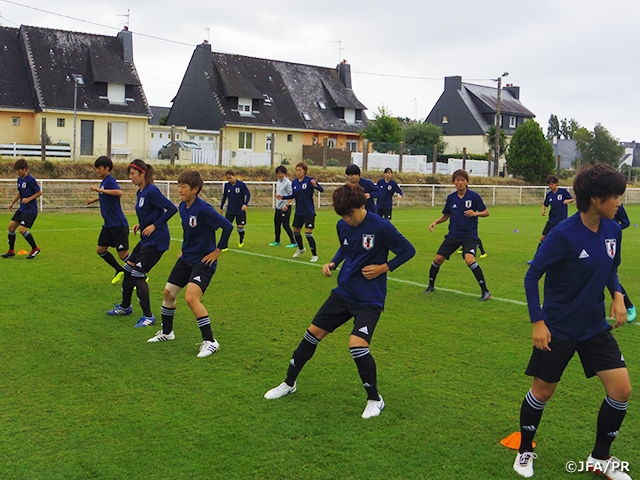 DF #4 MINAMI Moeka (Urawa Red Diamonds Ladies)
In the past two days, we have been talking on how to score goals against Paraguay. I will observe how our opponents approach us defensively and deliver the ball into the open space. I will keep an offensive mindset when passing the ball, so that my pass can initiate our team’s attacks.

DF #13 MIYAGAWA Asato (NIPPON TV BELEZA)
I am pretty sure many of us will be nervous, but I have played in the previous World Cup, so I will step up and lead the team. We would like to play as a team and earn the victory as a team.

FW #19 UEKI Riko (NIPPON TV BELEZA)
By spending time together to observe the videos of the matches, we have been able to nurture a mutual understanding as a team. As a player positioned up front, I am aware that I must be well involved with the ball tomorrow. Although I am feeling a sense of responsibility, more than anything, I am looking forward for this big match that may decide our fate on our advancement to the next stage. 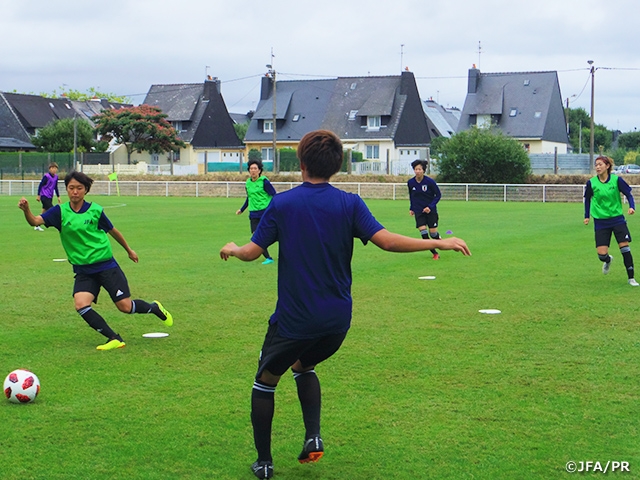