On Wednesday 8 August, the U-20 Japan Women's National Team held a training session ahead of their second group stage match against the U-20 Spain Women’s National Team in the FIFA U-20 Women's World Cup France 2018. The session started off with warmup drills, followed by passing and possession drills. The team then went onto go over their combinations and tactics behind closed doors. 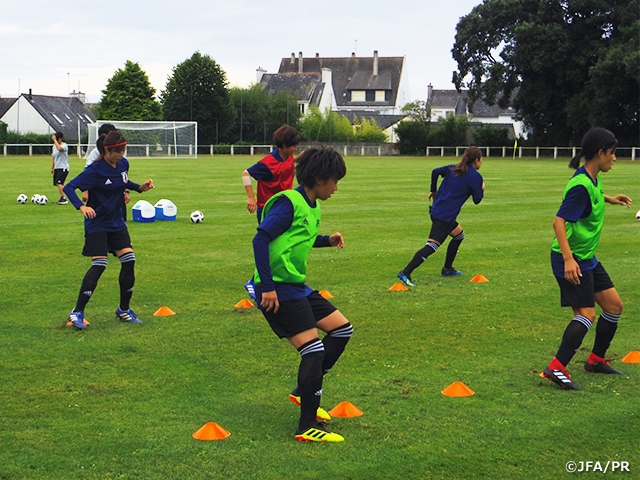 Japan will play their second match of the tournament on Thursday 9 August, against Spain who has topped the European qualifiers. In the group stage, they have won over Paraguay with a score of 4-1. Coach IKEDA Futoshi shared his take on the match, “All of their players are technically solid. We must maintain a high intensity while making sure to win the one-on-ones against them. The team must show a collective effort to contain their offence.” 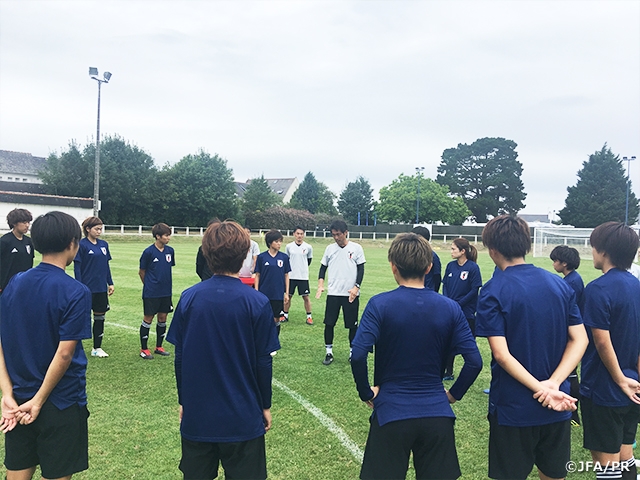 The second group stage match against the U-20 Spain Women’s National Team in the FIFA U-20 Women's World Cup France 2018 will take place on Thursday 9 August with a kick-off time of 16:30 (local time).

MF＃12IMAI Yurina (NITTAIDAI FIELDS YOKOHAMA)
It was a little disappointing that I couldn’t play in the first match, but I was watching the game from the bench thinking about what I would do differently, such as using the space more effectively to give our offence a better rhythm. In our next match I hope to showcase my strengths and work with my teammates to display our style of football.

MF＃10 NAGANO Fuka (Incheon Hyundai Steel Red Angels/Korea Republic)
In the match against Spain, I will focus on making quicker decisions while keeping a wide perspective so that I will not lose possession of the ball even under hard pressure.

FW＃16KONO Fuka (NITTAIDAI FIELDS YOKOHAMA)
We have played against Spain before (at the FIFA U-17 World Cup Costa Rica 2014), but I am getting the impression that they have gotten faster compared to the time we played them at U-17. As a forward, I will focus on getting involved with a goal.

FW＃19UEKI Riko (NIPPON TV BELEZA)
As a player playing upfront, I wanted to receive the ball more often in our match against the USA. However, in that match I also realised that our persistent defence proved to be effective, so we will continue to defend as a team and make collective efforts throughout the match.