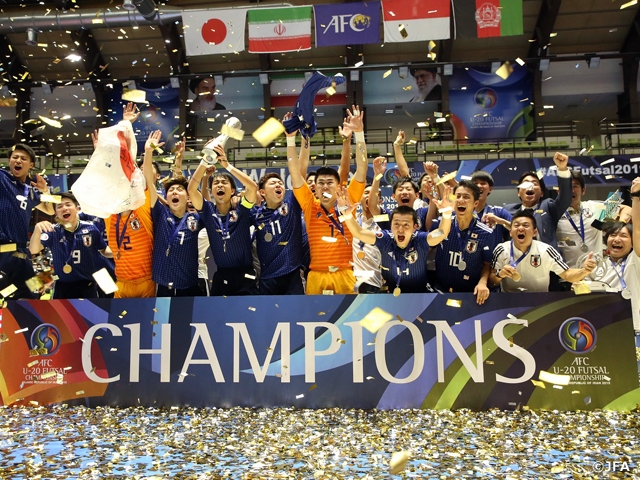 With many Afghan fans attending the match, the final recorded a tournament high in attendance, as a crowd of 2,874 watched the match. Following their semi-final match against Iran, Japan started a line-up with TABUCHI Hiroshi in goal with the four field players of, HATAKEYAMA Yuki, TAKAHASHI Yudai, MOTOISHI Takehiro, and YAMADA Jiei.

The match saw Japan taking the initiative through their aggressive pressure applied from the front line. While Afghanistan responded by taking shots from distance, it was Japan who scored the first goal, as Takahashi broke through the left flank and struck the opener in the ninth minute. 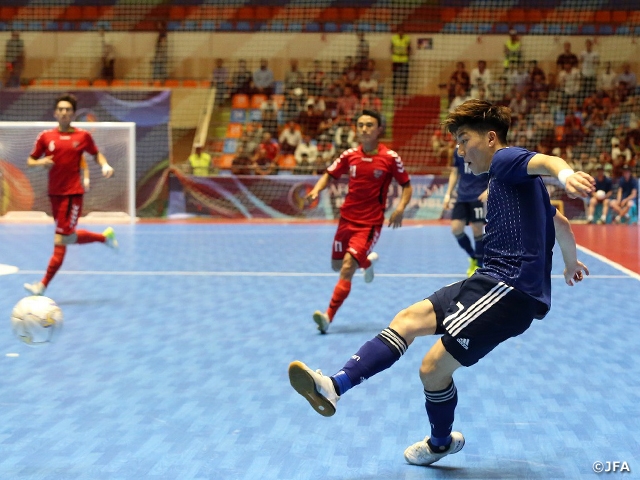 After scoring the opening goal, Japan gained momentum to create more opportunities. In the 16th minute, Japan executed a sign play that allowed OSAWA Masashi to score a goal, giving Japan a 2-0 lead at halftime. 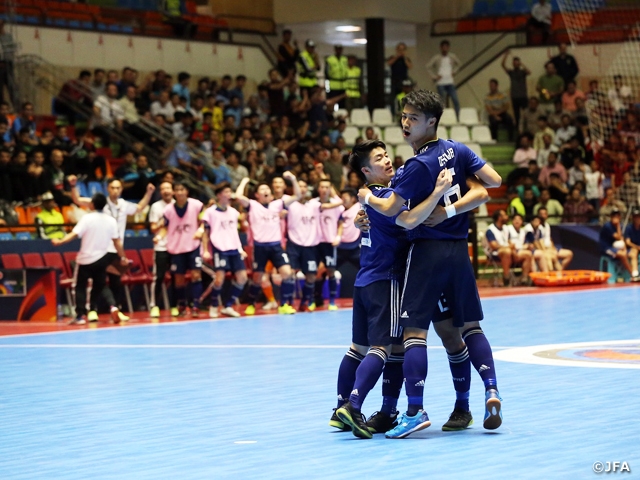 Afghanistan increased their pressure in the second half, but Tabuchi continued to show his brilliance to keep the clean sheet intact for Japan. With seven minutes left on the clock, Afghanistan initiated their powerplay, which led to their 34th minute goal, but Japan scored back a goal in the 38th minute, when Tabuchi launched a long shot that ended into the open goal at the other end. With the support of the large crowd on their back, the Afghan players gave their final efforts, but Japan held onto their lead to earn the Asian title with a final score of 3-1.

SUZUKI Ryuji, Coach
We were able to earn the long-awaited title. With the match being attended by many Afghan supporters, it was hard to even hear our own voices. However, our players showed their strong bond to overcome this situation. The players showed great improvements during this tournament and I am very proud of their accomplishment. This title was won by everyone who is involved in players development in the Japanese football community. Without their support, we wouldn’t be here. I would like to show my deepest gratitude towards everyone who is involved in this project. Thank you so much for supporting the U-20 Japan Futsal National Team.

GK #1 TABUCHI Hiroshi (Nagoya Oceans Satellite)
I am very happy that we were able to win the tournament. I would like to thank everyone who made their ways from Japan and from Brazil to support us. Today, we faced a very difficult match, but I am glad that I was able to score that goal by countering the powerplay at the end. Once I return to Japan, I will train hard with the F. League Select team so that I can do well at the league matches. Winning this title was my dream. I would like to achieve the same feat with the senior team and become the best goalkeeper in Asia.

FP #6 OSAWA Masashi (Zott Waseda Futsal Club)
I received a yellow card in our first match and troubled our team, so I really wanted to give back to the team by earning results in the following matches. I wasn’t expecting to be named as the MVP, but it was a happy surprise for me, and I am just thankful for my teammates. By winning this tournament, it made us realise that we can overcome any difficulties with our team bond. I am happy and honoured to be a part of this team, and it gave me a precious experience that I will never forget.

FP #10 YAMADA Kaito (Agleymina Hamamatsu)
Ever since this team was established, our ultimate goal was to win this tournament. Coach Suzuki has mentioned over and over that “we will become the best team of the tournament.” By winning the title, we can confidently say that we are the best team of this tournament. Since the first day we were assembled as a team, we have made improvements and we continued to make that stride during the tournament. From here on, we will be striving to represent the country as a member of the senior team. I will work hard at my club team to become a player that can be called up to the senior team.