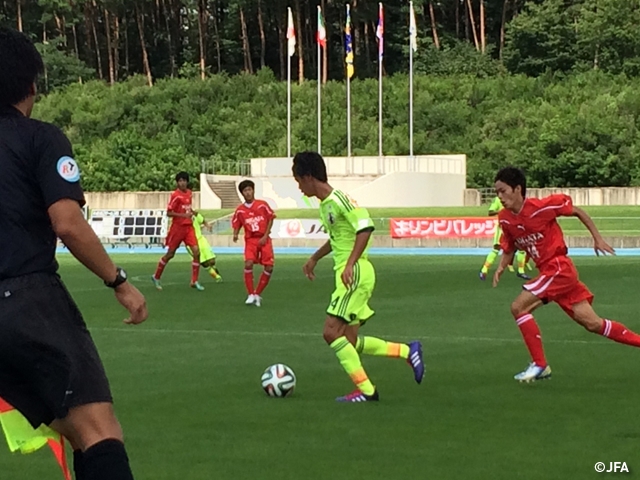 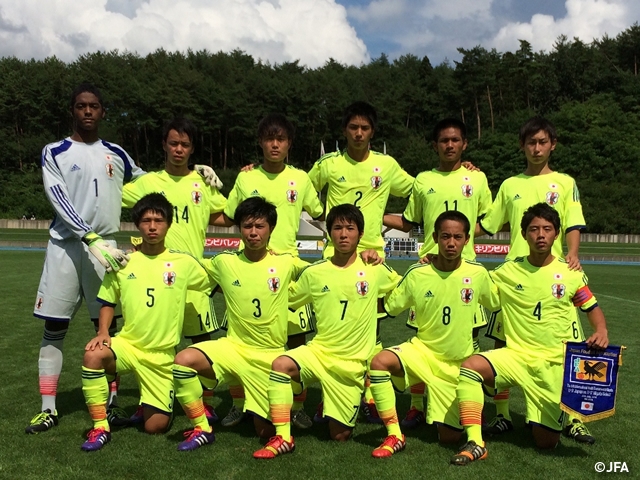 Starting players that had few opportunities to play in the first match, Japan could not create scoring opportunities despite possessing the ball early in the match.

While Japan gave the ball away badly, Niigata Selection headed in the free kick after the counter attack in the 22nd minute. Japan kept attempting to attack afterwards but found it difficult to crate shooting opportunities because of their inaccurate final deliveries. Even so, Japan’s Nemoto struck his right foot into the net in the 43rd minute after he received the ball and broke down the left frank. Japan ended the first half 1-1.

At the start of the second half, Japan sent Takagi and Kato on to the pitch, who scored goals in the match against Serbia, but again allowed Niigata’s side to tap in from a corner kick in the 51st minute just after the break. Japan, with their back to the wall, continuously created chances as Kato ran into space, but could not obtain an equaliser. In the 62nd minute, Japan’s defensive mistake in the box conceded a sloppy goal to Niigata’s FW, which had Japan 1-3 down. Japan dominated afterwards, but Niigata’s persistent defence dealt with the attacks and did not allow a goal. In the 81st minute, Kato headed home a cross from Onozawa on the right side, closing a gap to a single goal. Japan created attacks just close to an equaliser, but it did not pay off to the end.

The last match of the tournament will be against Mexico. Japan still have possibility to win the trophy depending on the result of another match. JFA Official website will report the last match as well. 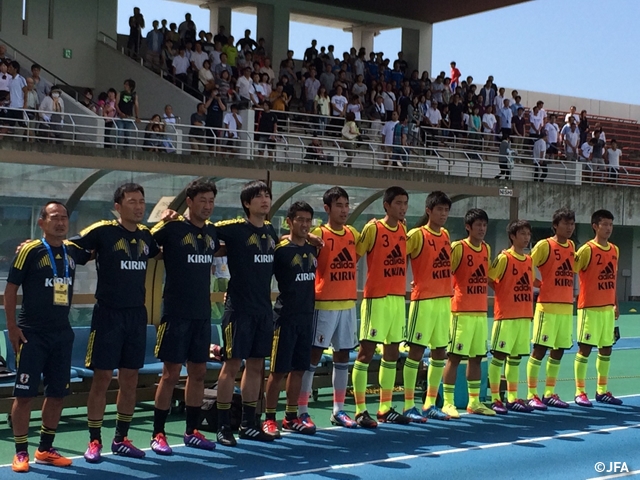 KAMIJIMA Takumi（Kashiwa Reysol U-18）
My week has become very fulfilling as tomorrow is the last day. In terms of football, we discuss plays each of us is good at and wants to do, and actively communicate with each other during our stay. Today we lost 2-3 to Niigata Selection. We played how we wanted to play but found clear assignments. We try to finish the tomorrow’s match better as improving team’s and individual performances.

OBI POWELL OBINNA（JFA Academy Fukushima）
I am disappointed that we lost to Niigata Selection today. We as a team understood how they defended and were successful to create many chances, but could not put them into the net. I learned lots of things in the match, although there were some individual mistakes and other faults. We still have a match against Mexico, so we will refresh our mindset and do our best.

ITO Ryotaro（Sakuyo High School）
I was disappointed at the match today. I found a lot of things to work on because I didn’t get to play how I wanted and we couldn’t win the match. A few of the things I need to improve are how I missed their third defender when we wanted to attack their backs, how I tried to receive the ball with my back toward their goal and eventually lost the ball, and how I couldn’t show my strength. I will try to minimize these problems as much as possible tomorrow.

OHNISHI Ryotaro（Jubilo Iwata U-18）
I’m honoured to have such an opportunity at this time. I was a bit confused early at the training. But I have come to understand more of what our coach tries to do and what we share among the team. I want to show what I’ve done during the week in the final remaining match. To get the championship, winning is the absolute requirement, so I want to put our highest priority on the outcome of the match.