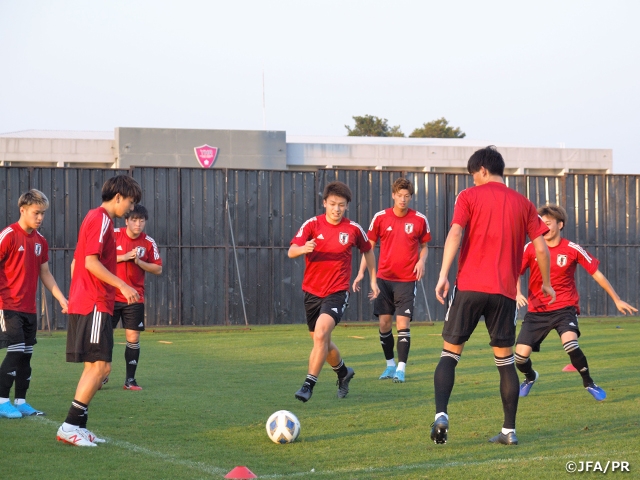 Two days ahead of their first match of the AFC U-23 Championship Thailand 2020 against the U-23 Saudi Arabia National Team, the U-23 Japan National Team held a training session in Bangkok on Tuesday 7 January.

The first 15 minutes of the session was opened to the media, where the players were seen going through their warmup routines. The field players went through passing drills and sprints to condition their fitness, while the goalkeepers conducted drills that went over catching and shot blocks. The session went behind closed doors after the first 15 minutes, as the team went through their team tactics for their first match of the tournament. 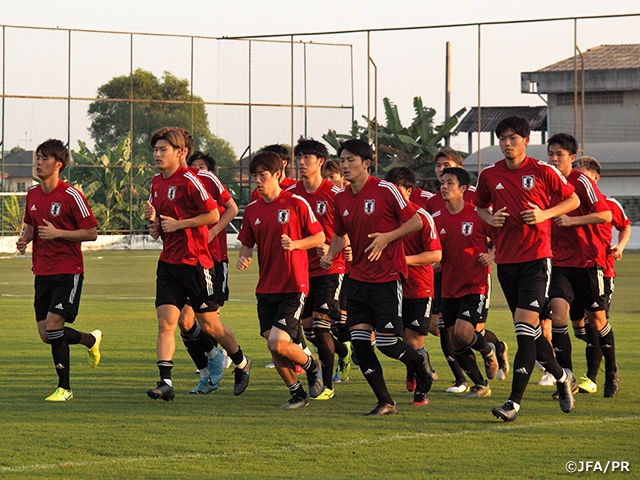 After arriving in Thailand two days ago, the players have made their adjustments to the hot climate, as SUGIOKA Daiki mentioned, “The hot weather is pretty intense, but we are definitely getting used to it and I can tell that my condition is improving.” HATATE Reo also mentioned, “I am used to playing under hot weather, so I hope to showcase my usual play under this environment.”

With the AFC U-23 Championship Thailand 2020 kicking off on Wednesday 8, coaches from Group A appeared in the official press-conference, where Thailand’s coach NISHINO Akira was seen on the podium. The U-23 Japan National Team’s first match against the U-23 Saudi Arabia National Team will kick off at 20:15 local time on Thursday 9 at Thammasat Stadium. 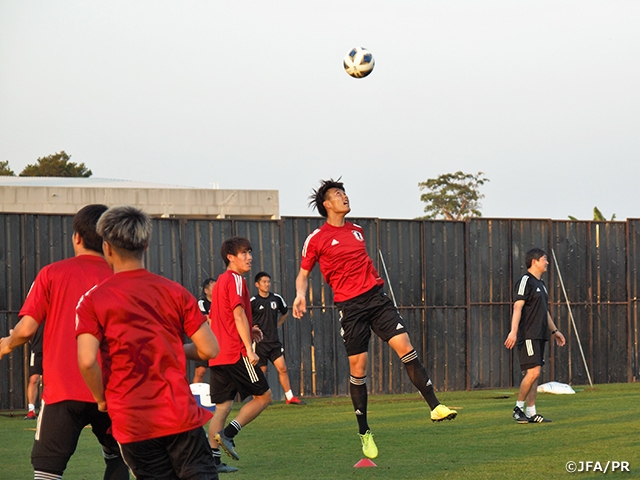 MF #5 SUGIOKA Daiki (Kashima Antlers)
At the Asian Games played two years ago, we managed to pick up our pace as the tournament progressed. However, at this tournament, we will be facing many strong teams from the group stage, so we must pick up our pace from the very beginning to make a deep run. That is why we must pick up our intensity from our first match of the group stage. A total team effort will be required, and we must fight through each and every match. Personally, I will focus on my defence and try to play aggressive while showcasing my endurance.

MF #8 TANAKA Ao (Kawasaki Frontale)
This is a very important tournament and at the same time, this is our first competition of the year. In that sense, I must prepare myself both physically and mentally to fight through the entire year. In order to do so, I must enter each training session in good condition and work hard to heighten the quality of my plays. It is rare to have a tournament like this ahead of the season, so we must give our utmost efforts to bring out our best performance on the pitch.

MF #10 MESHINO Ryotaro (Heart of Midlothian FC)
As long as I am on the pitch, I will stay eager to score goals and make more plays upfront to make attempts at the goal. I can gain more momentum from a goal, and in that sense, I was glad I was I able to score a goal in our training match. However, the results in the official match is what matters, so I must prepare myself ahead of our first match of the tournament. I don’t want to see our team lose. I will enter the match with a strong determination to help the team win.

FW #9 OGAWA Koki (Jubilo Iwata)
I am focused on scoring goals, but I must not play too selfishly. I will focus on making plays to help my teammates and balance the team. I hope to showcase a performance that can help the team win the title and leave a strong impression that “this player has scored a goal in all matches.”