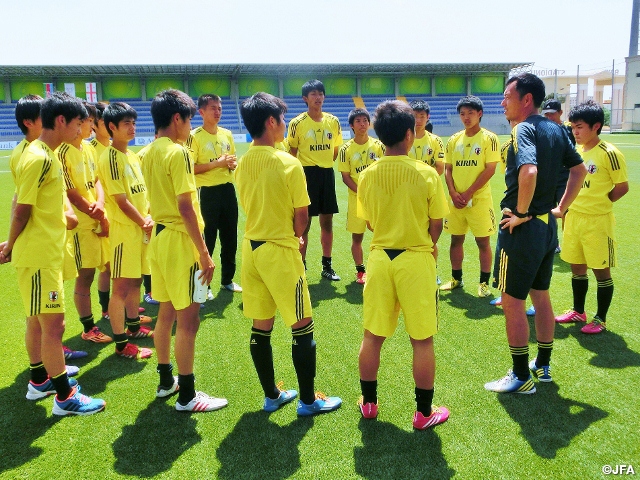 U-16 Japan National Team – the activity report of the Caspian Cup 2014 in Azerbaijan (5 June)
Finally won the match in 80 minutes, 98-Japan members held two and half hour training in Bayil Arena where playoff for 3rd place and the final will be held, as in the saying “Stay on your guard even after you’ve won.”

Under the burning sun, the players worked on warming up, dynamic stretch and trunk training guided by Namiki Athletic Trainer. Then he conducted basic training of 1-on-1 pass facing each other and practical training in the full court and half court, finished the training with penalty shootout and long throw-in.
The final match was Iran national team, Asian rival of Japan, against Turkey whom Japan squad lost in semi-final last year. Iran squad headed in from long throw-in and Iran won the match 1-0. Iran became the champion for the first time, participated for the first time in the championship.

The training today marked the end of Azerbaijan trip which started in 26 May. We will leave Azerbaijan tomorrow for Japan.

※98JAPAN＝Japan Under-16 National Squad: Team that shoots for the FIFA Under-17 Word Cup 2015 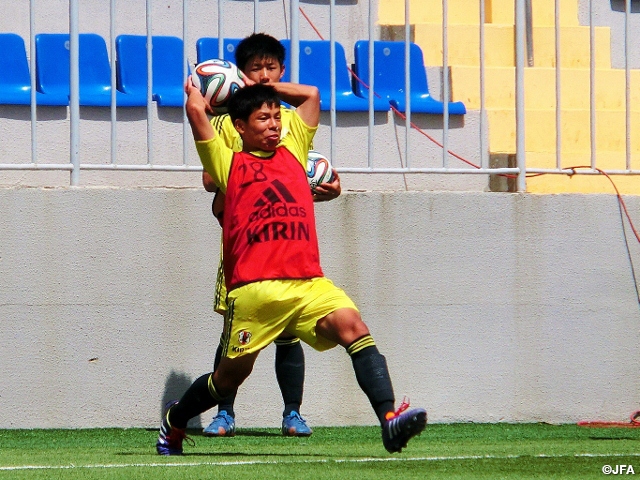 SATO Sota (Nissho Gakuen Junior High School)
I worked on the last day’s s training today and tried to implementing what I learned in the training. I did my best to take up the things needed to improve including “look up and see the opponent player”, “decide what I should do next”. I am aware of my shortcomings of the quality of pass, a lack of voice in defending, I am determined to improve these points and make progress.

FUJIMOTO Kanya (Tokyo Verdy Junior Youth)
I learned many things in this Azerbaijan Trip, including training and game in this trip, the way to prepare on the pitch and off the pitch, the manner in the hotel and taking a meal. Bringing back the experience I had, I am going to make them my habit.

YAMAHARA Reon (JFA Academy Fukushima U-15)
Following the training in the morning, I watched the Caspian Cup 2014 final game “Iran vs Turkey”. Both teams were high-spirited and playing overwhelming game. I had an impression that they were much focused on the ball and fighting harder on the ball as compared with us. As I watched the documentary TV program and today’s game, I realized it is the heart or my attitude that really counts in the game. I am going to work on training when I go back to the team with my determination of “absolutely win the match”. 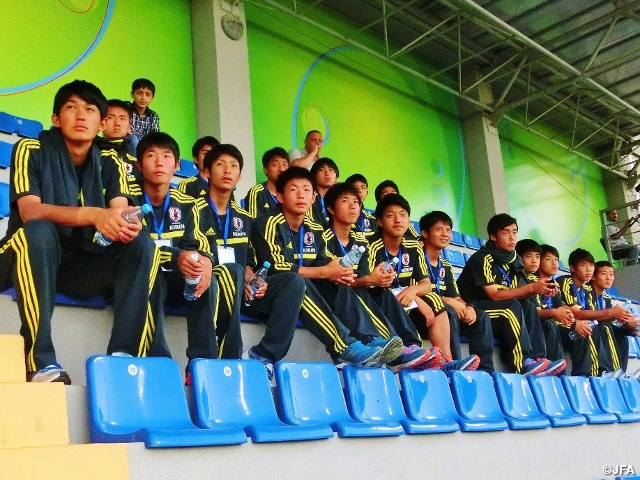