The Japan National Team, who have been practicing in Florida for the 2014 FIFA World Cup, played a friendly match against Costa Rica at Raymond James Stadium in Tampa on Monday 2 June. Although Japan conceded a goal in the first half, they scored three times in the second half. The goals came from mid-fielder Endo Yasuhito, and the two forwards Kagawa Shinji and Kakitani Yoichiro, completing a 3-1 come-back.

For the Costa Rica game, there were four changes from the team that started against Cyprus on 27 May: Konno Yasuyuki at left back, Aoyama Toshihiro as a defensive midfielder, Ōkubo Yoshito in the midfield and Osako Yuya up front.
Okubo played with some intensity from the off, actively looking for an early goal, and there were a few near-misses of Osako’s head from the right side. After 25 minute Okubo received a through ball from Kagawa and took the shot from behind the opponent’s defenders, but this was saved by the Costa Rican goalkeeper. In the 30th minute Yamaguchi had a shot on goal, receiving a pass from Osako, but Japan was again denied by the goalkeeper.

Costa Rica played a 5-2-3 formation, using their three regular forwards: Bryan Ruiz, Joel Campbell and Christian Bolaños, who played throughout World Cup qualifying. They intercepted the ball in midfield and quickly passed through the Japanese defensive line, especially getting in behind both the right and left backs. In the 31st minute, the forward Bolaños passed to the left back Díaz, who had run in behind the Japanese right back. Díaz then passed to Bryan Ruiz, who scored from in front of the goal.

At the start of the second half, Japan were one goal behind. There were half-time changes, with midfielder Endo coming on for Aoyama and forward Okazaki Shinji replacing Okubo at right. The substitutions had an impact on the game. Japanese attack became smoother, pressuring the opponent with more goal-scoring opportunities.
After 48 minutes, Kagawa struck at goal with his right foot, after receiving the ball from Okazaki, who was deep in the right side. Unfortunately again the effort was saved by the goalkeeper. However, five minutes later Okazaki had another shot off a ball from Honda Keisuke. Uchida Atsuto as well as Kagawa also had near-misses, and in the 60th minute Japan finally leveled the scores.
Okazaki counter-attacked, passing the ball to Kagawa who was sitting in the left side position. Honda, receiving a cross from Kagawa, then passed back to the centre, where Endo slotted in the goal with his left foot.

Just after the first Japanese goal, the defender Nagatomo Yuto came off the bench to replace Konno and their attack from the left side livened up. After 72 minute the defender Sakai Hiroki came on for Uchida, and after 76 minute Kakitani came on for Osako. Japan continued to have the upper hand against a Costa Rican team that was losing its stamina in the second half.
After 80 minutes, Japan took the lead. Kagawa dribbled up from the midfield and, after a one-two with Kakitani, managed to knock the ball into the right-hand corner with his right foot.
And also in additional time Kakitani reacted to a ball, which had been cleared by the opposing defender, and put the game away for Japan.
The Japan National Team will continue their training camp and will meet Zambia on Friday 6 June. They leave for Brazil on 7 May. 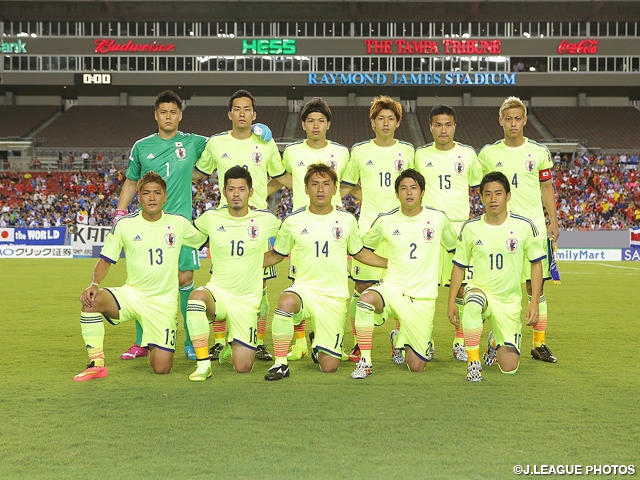 Alberto ZACCHERONI, Head Coach
It wasn’t bad in the first half because the players made many chances. It was our mistake that we allowed Costa Rica to have a scoring chance with a long pass in to the space behind us. However, as a whole, Japan had control of this match. I found that Costa Rican Players got tired in the second half and I think it was because of our play especially in the first half. We are still in the training camp here and I think the players’ condition is alright. I appreciate the players for their positive mental approach to their play. For the next two weeks leading up to the World Cup, we have to improve our concentration and mentality that will lead us to making the most of our chances, especially when it comes to our finishing.

FW OKUBO Yoshito（KAWASAKI FRONTALE）
I think our offense was better than the last match with Cyprus. Costa Rican players dropped back in the second half comparing to their aggressiveness in the first half, but we could keep our level of play throughout the match and I think this was good for us. Since I didn’t have any training for playing on the right wing, I had some worries when I was told I was starting as a right-winger, but after the match I feel I did alright. The team is getting better compared to that of 4 years ago, but is not perfect yet and I know that every team will play with full of energy and passion until the end of match in the World Cup. We have to keep a good sense of tension and I’m sure that all of my teammates think the same.

FW OKAZAKI Shinji（1. FSV Mainz 05／Germany）
Observing the first half from the bench, I kept thinking about playing dynamically the latter part of the game. I think we played well throughout the 90 minutes. Our team has become more flexible to adapt when any substitution is made and I believe that our quick offense is a threat to other teams.

FW KAKITANI Yoichiro（CEREZO OSAKA）
All of teammates worked very hard today. I entered the game as a substitute player and did not have much time to make an impact, so I wanted to make most of a single chance to turn the match around. It was good to win the match, but I know that I had some moments where I had to be patient and also the moments where I had to be more demanding in the game. It was such a nice experience to get a goal as a squad member, but I want to score more goals for the team.

Jorge Luis Pinto Head Coach
Both teams had strengths and weaknesses today. Regardless of some good offensive play we made the damage was done 30 minutes into the second half when we lost two goals due to our mistakes in defense decision making. Players tried to play in a style which is a preparation for World Cup matches, such as counter attack and their pass work. I substituted only 3 players considering the upcoming World Cup matches even though I wanted to make use of substitution to keep good sense of intensity in the team. At the World Cup, Japan will play with Colombia. I know that they play dynamically with quickness and very intensive pressure. I expect Japan, also a good team, will have a difficult match against them. 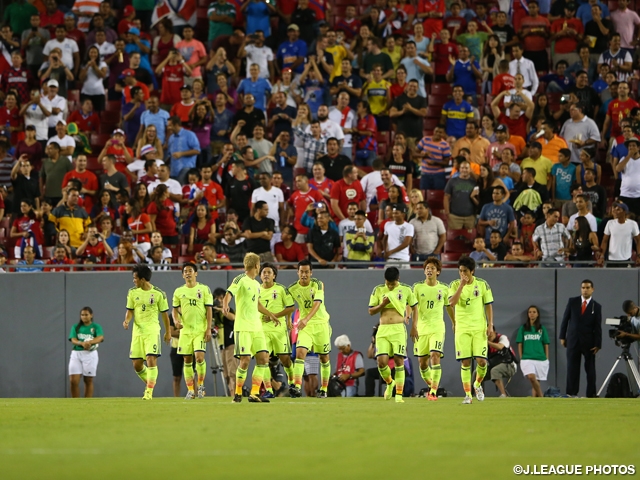