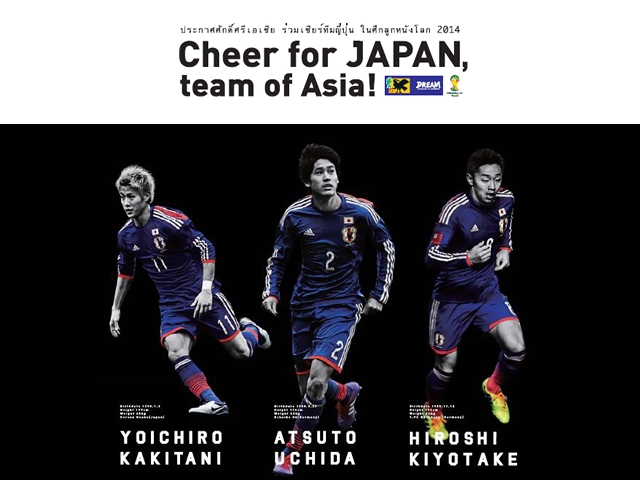 Japan Football Association (JFA) will start promotion campaign called Station Jack (posting graphics, etc. in every corner of the station), for one month from Sun. 1 June to Mon. 30 June at Chatuchak Park Station, Bangkok Metro, Thailand – featuring pictures of SAMURAI Blue (Japan National Team) prominent players.
This campaign will be implemented coinciding with SAMURAI BLUE’s upcoming international matches: International Friendly Matches against Costa Rica and Zambia in Tampa, U.S.A and all SAMURAI BLUE matches of 2014 FIFA World Cup Brazil, as they will be broadcasted on TV in Thailand. Representing Asia, this will be a big driving force behind SAMURAI BLUE playing in the big championship. SAMURAI BLUE will be leveraging all the supporter’s voices of Japan and all over Asia and play at full-throttle in FIFA World Cup.

Campaign Period：
Sun. 1 Jun to Mon. 30 Jun.
*Note the period may change due to the circumstances

※Chatuchak Park Station
The station of Metro (MRT) runs in Bangkok, connecting with Mo Chit Station of Skytrain(BTS). A large numbers of passengers use this station all day, as it is the interchange station connecting buses from suburban and Metro(MRT) and Skytrain(BRT).
On the weekends, the tourists from the world use this station for visiting huge Chatuchak market (110,000 m2 / around 15,000 shops). 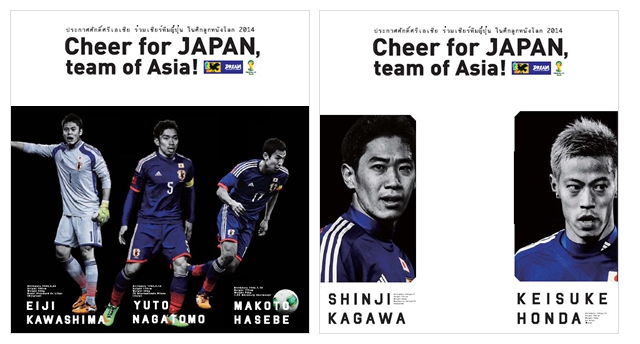 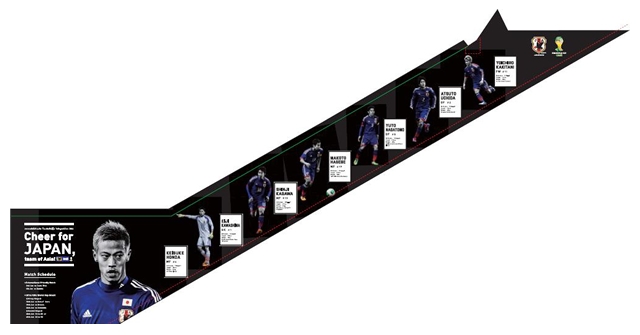 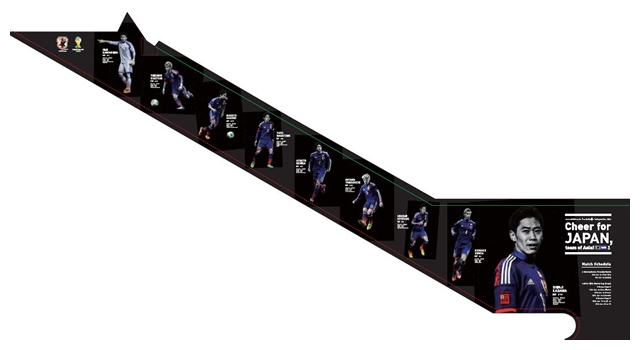