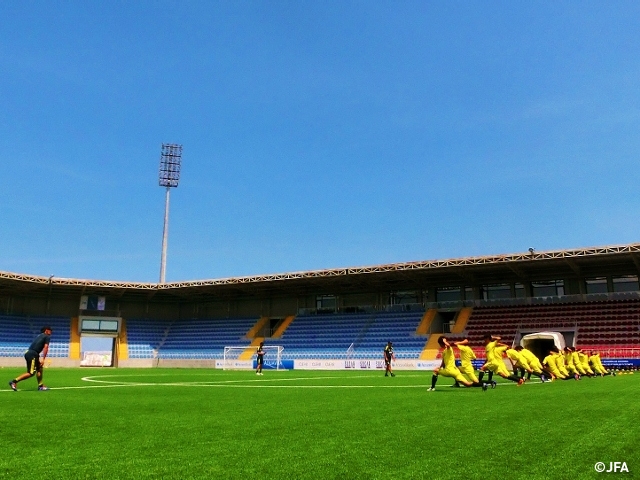 It was the fifth day in Azerbaijan. On Saturday 31 May, the team visited Flame Towers on a hill in Baku and Maiden Tower, a world heritage for sightseeing to refresh minds and bodies. The afternoon had a practice at Dalga Arena where they will have a match against Georgia. 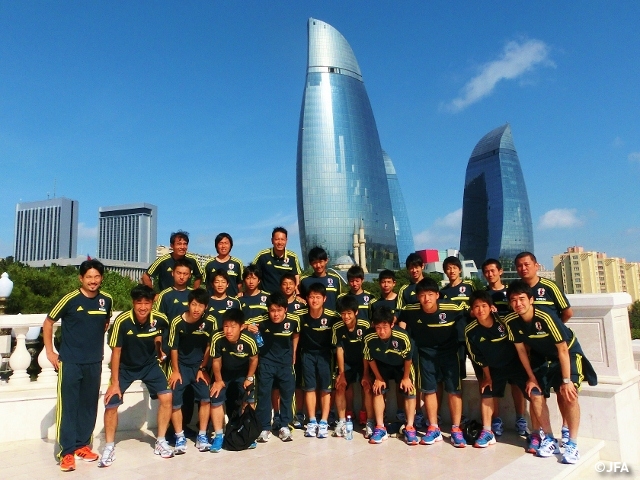 There is a specific goal for the next match. Winning by three goals or more will get the team out of the group stage as the best team in the group. Players worked on fundamental drills, shooting drills and scrimmages by using two thirds of the pitch. In the meeting the team also discussed in details “how the tournament regulation decides the best team in the group” in the case that the next match finishes as a 3-1 win for Japan and all points, goal difference and the total goals for turn out to be even with another team. 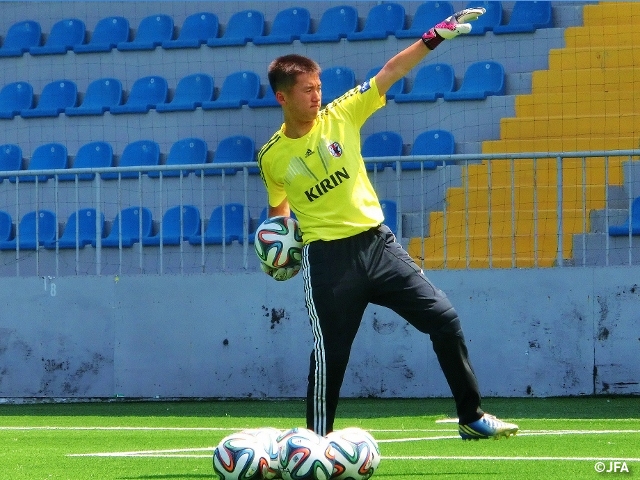 SUGITA Masahiro（Nagoya S.S.）
In today’s practice, I couldn’t observe the opponents well, so I ended up playing into crowded spaces. The coaches told me about it. I will keep an eye on where the opponents are and position myself based on the observation. I will learn from my mistakes today to score a goal in the tomorrow’s match.

WATANABE Yo（Urawa Red Diamonds Youth）
Today we sightsaw in Baku in the morning and had training in the afternoon for the match against Georgia. Advancing to the semi-final is at stake in the match against Georgia. I want to score a goal and help my team to win. We have made mistakes before in our preparation, so we will learn from them and do our best preparation possible.

YASUI Takuya（Vissel Kobe U-18）
We were told the fact that we had to win the next match by three goals or more, but even on such an important day we made a mistake in carrying our equipment before the training. We were very irresponsible. We will learn from it, come together as a team and play against Georgia. 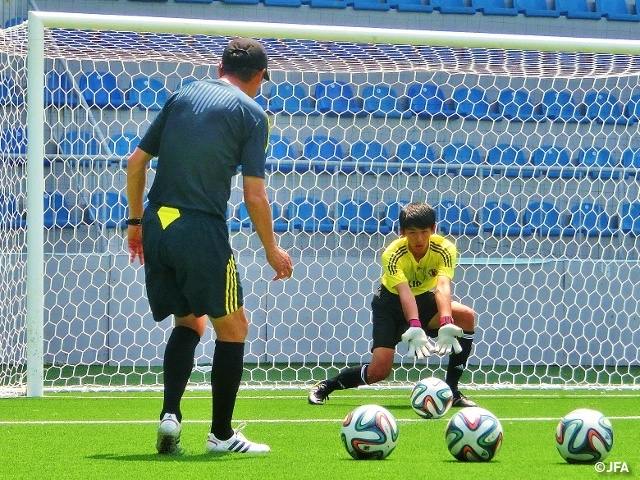