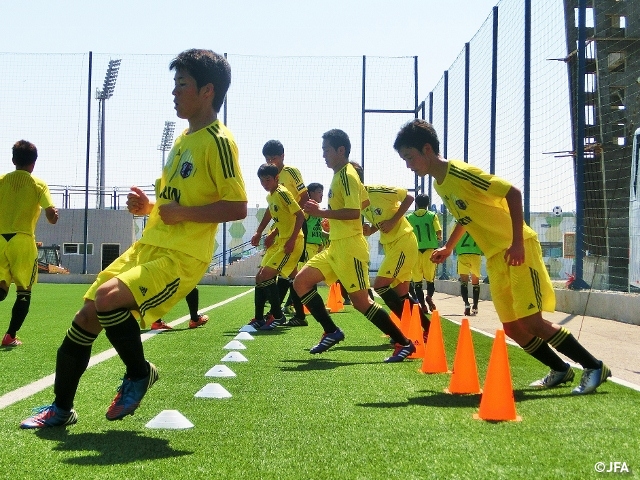 The game against Tajikistan yesterday ended in a draw after being caught up by the opponent at the last moment, although Japan kept possessing ball and being in control of a wohle game.

However, there's stiil a possibility for Japan to advance to the final round as its group's first place. The team did training for the next match against Georgia National team which Japan met and won the victory in a shootout of the last third-place match. 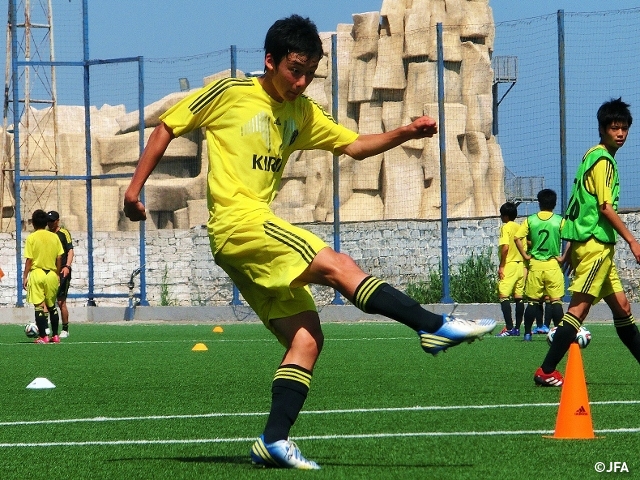 Japan has to gain a victory in the next game with a score of at least 3 to 0, as Tajikistan win over Georgia 3 to 1.

This tournament is the last opportunity for the team to play in earnest before AFC U-16 Championship final round, trying to enhance the overall level of the team through remaining 3 matches including the one against Georgia.

In the tomorrow's afternoon, the team is scheduled to do practice in the Dalga Arena where the game against Georgia is to be held. 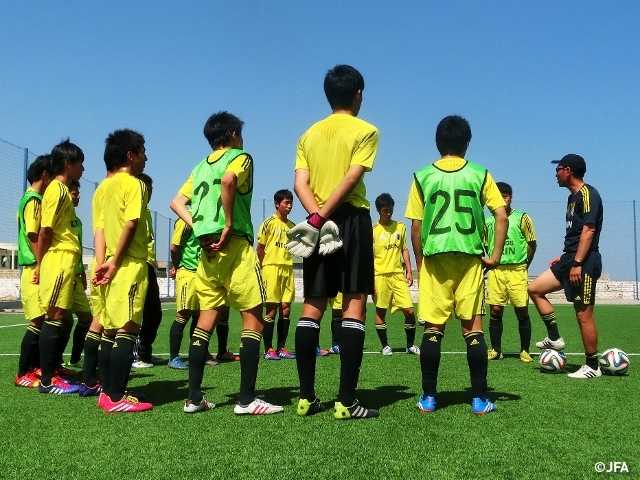 OHASHI Akiyoshi, Goalkeeper Coach(JFA National Coaching Staff)
The first game against Tajikistan ended up in a tie after we were caught up in the last moment. I believe our players seemed to work on training steadily for victory against Georgia with a score of at least 3 to 0, because that is the conditon for us to survive in the first round. Especially in a eight-a-side game, active plays with the mind like "seeking goals" could be seen and players successfully scored a goal by taking a chance that those not possessing a ball made with a long run. I expect the team will play active in the game against Georgia like today, as we need to gain goals by any means.

SATO Sota（Nissho Gakuen Junior High School）
In today's workout, we did training for getting to learn how to come back from a score behind to win as well as how to keep lead for ending the game in a victory. As I believe taliking to each other will make team's mood better as well as give us strength to break out of the stuation behind to win, I try to synchronize my team mates intentionally.

FUJIMOTO Kanya（Tokyo Verdy Junior Youth）
I realized again that we have to recoginize where we should receive passes or trap a ball to throw a next pass as we imagine and we also have to play, thinking importance on keeping eyes on the opponent's movements. I try to pursue these kinds of lessons for my plays in the next game.

YAMAHARA Reon（JFA Academy Fukushima U-15）
In these away matches, I leaned the importance to have my own thought such as "If trying more, it will be better" and try to make it realize, as I noticed that it was not enough for me to just follow instructions from my coach and other staffs on the training and daily life. I believe these way of thinking and trys will make me grow up. Our team needs to win over Georgia by at least 3 points to advance to next round as first place of the group and hope to make it with making every possible efforts. 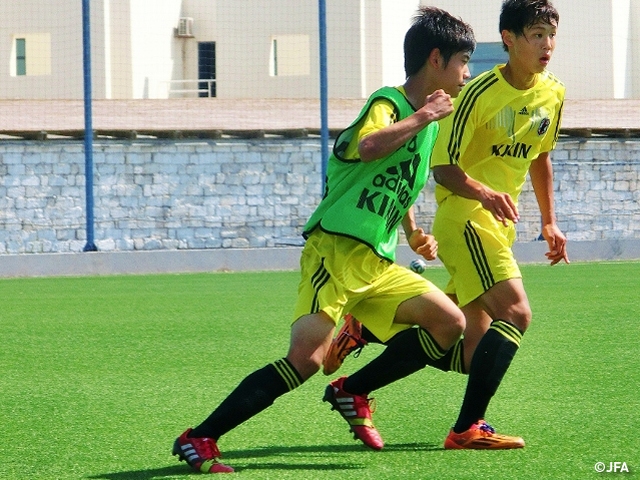