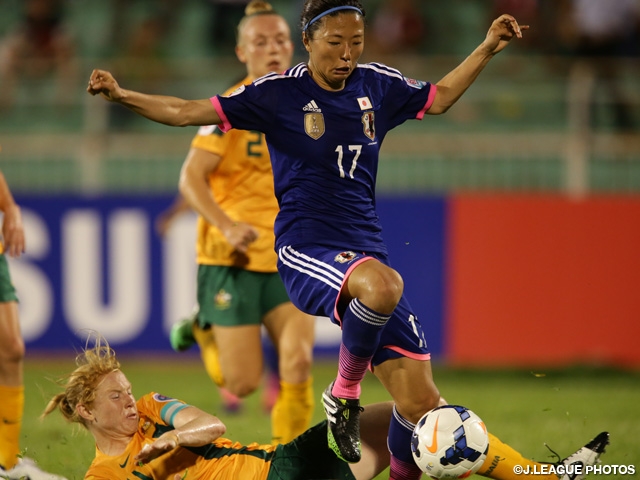 First match against Austraria with a 2-2 draw at AFC Women’s Asian Cup Vietnam 2014 in Ho Chi Minh city. Japan aims to win this Asian Cup and to qualify for the FIFA Women’s World Cup.

Japan’s starting lineup was same as the one at the previous friendly match with New Zealand on 8 May in Japan. On 21 minutes, Australia scored a goal on a counter attack. In the second half, Australia scored a second which came down from Japan’s right wing despite that substitute Ogimi entered the pitch for Kira to dominate ball possession on 34 minutes. However, Japan pulled one back with an own goal on 71 minutes and one made by Ogimi on 84 minutes. The first match finished with a draw despite other scoring opportunities created by substitute Kiryu and Ogimi. 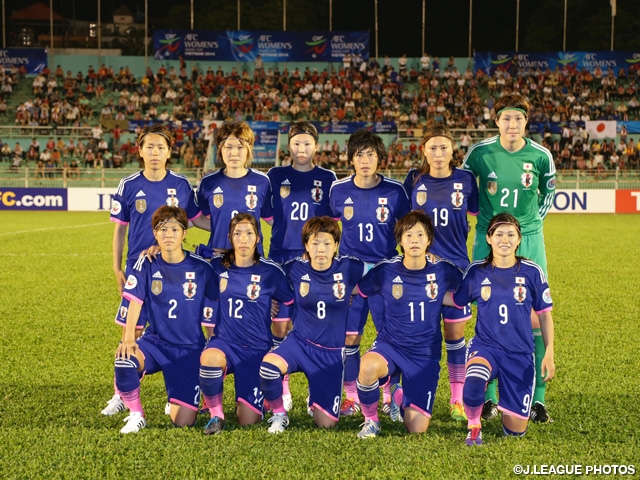 SASAKI Norio, Head Coach
Even though we know that the first game is always important and we prepared well considering pitch condition and the current condition of Australia, we could not start the game with how we wanted and gave them a chance to score from a short-counter attack and dribbling which in fact we had been cautious about. We need to review how we lost the ball during our passing play and to double-check the balance of defense and attack combination for the next match. The team did not give up and pulled back after going 0-2 down, I appreciate the team’s effort.
Vietnam has good momentum to have qualified for the World Cup and indeed I feel a strong motivation from each Vietnamese player. We will have to concentrate very much on the next match.

MIYAMA Aya（Okayama Yunogo Belle）
Since we are here to win the match, this result is quite frustrating. I want to drive the fact that we pulled back from 0-2 to be a force of the team for the next matches. Considering how many times we were attacked, despite being very careful with their quick offence, we have to reflect on the game very well.
As long as we are wearing the football strip with the emblem of World Champion, I do not want to lose any match. We will go to the next match with stronger determination.

SAKAGUCHI Mizuho (Nippon Television Beleza)
At the beginning of the game, we could not keep the ball in front of the momentum of Australia but we were able to move the ball around well gradually from the middle of the first half. We lost the ball when going up and they netted a quick goal before we went back to defend. Indeed it was what we were careful to prevent, but they did well. At their second score, our defense closed down their attack from the wing. Even though I feel frustrated considering we did have the chance to get our third goal, I want to take positively the fact that we pulled back from being two goals down to a 2-2 draw.

OGIMI Yuki（Chelsea Ladies FC）
It was a nice pass to score, but I had to take other chances. It was good to get the two goals back, but it was the game we could have won. Even though I didn’t play the full 90 minutes, I tried to keep playing in the front-line as much as possible to allow my other teammates to come up and join the attack. Considering I have only two more games for the Asian Cup, I will prepare myself very well to play in the starting line up. 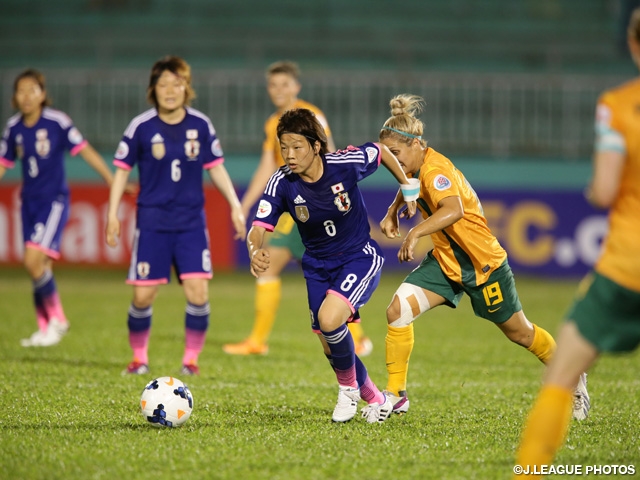