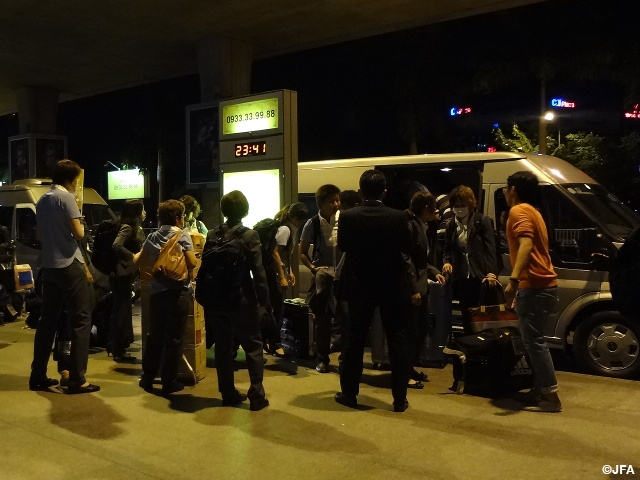 Nadeshiko Japan arrived in Ho Chi Minh City, the place for the AFC Women’s Asia Cup 2014.
After winning against New Zealand for 2 to 1 overnight, Nadeshiko Japan did a light physical exercise such as walking, etc. in the morning and took time for moving to the venue in the afternoon.
With OSAFUNE leaving the squad, OBARA Yuria and KIRYU Nanase called to join the squad on the way and Nadeshiko Japan, a group of 24 players and 12 staffers arrived in Vietnam.
The squad was greeted by climate unlike Japan when they arrived at 23:00, still 29 degrees Celsius and high humidity.
Four days to prepare for first match against Australia. The squad is getting ready for maiden Women’s Asia cup title. 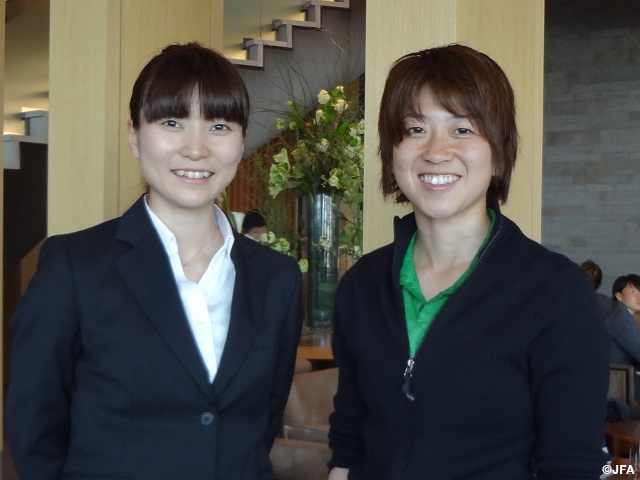 SASAKI Norio,Head Coach
Now, the time has come. I visited Vietnam in 2008 for AFC Asian Cup but we had to play first match against Korea Republic without warming up because of squall and game against China was raining, too. This is going to be a battle taking all the things into consideration – pitch, weather and living different from everyday life. Certainly our experienced player understands them but this is very important to adjust to the all those environment early as we can, as we have some players with less experience.

SAWA Homare（INACKobe Leonessa）
It was this tournament I made my first international cap. Having played long time for Nadeshiko Japan, I have never become a champion in Asia.  I know this is not easy to play against Asian countries, I had to play in playoff twice (couldn’t get a ticket for winning Asian Cup). Usually this is going to be a difficult game when you play against Korea Republic and China, playing a passing soccer similar to Nadeshiko Japan. Having good communication with new members, I want to make this tournament opportunity to grow each one of our team members to be eligible for FIFA Women’s World Cup Canada 2015. I will do my best for reaching to the top.