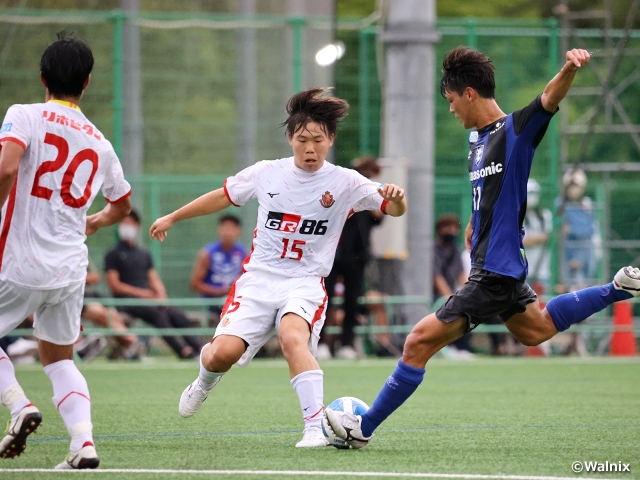 “The opponents are also desperate, so it's not easy to win,” says KUWAHARA Rikuto (#5), as the Osaka side remains winless at the bottom of the table, with two draws and four losses. The team started this match by conceding a penalty kick in the fourth minute, but goalkeeper CHO Ourin (#21) made a superb save to keep the match scoreless.

Despite finding their way around the early threat, Gamba Osaka continued to be dominated by Nagoya, who applied aggressive pressure from their front line. With TOYAMA Yuto (#9) and KIDA Ryoga (#10) leading the offence, Nagoya created opportunities by forcing turnovers in the opposing end, as shown in the 18th minute, when SUZUKI Haruto (#15) collected a loose ball before firing a shot that struck the cross bar.

Gamba Osaka had their moment in the 21st minute, when SUZUKI Hiroto (#11) broke through the left side before sending a cross towards the middle, which found MINAMINO Harumi (#9) unmarked inside the box, but the shot taken by the striker couldn’t capture the target. In the 44th minute, ADACHI Kodai (#8) connected with a cross sent by Minamino, but his attempt went wide of the goal.

Nagoya continued to control the game in the second half, but thanks to the tenacious defensive efforts displayed by OBATA Toshiki (#6), described by coach MORISHITA Hitoshi as “He is a fighter, and his presence brings energy to the team,” the Osaka side managed to keep the game scoreless. In the 48th minute, Obata made a sliding effort to block the shot of Suzuki Haruto. Cho also came up with a big save in the 55th minute to deny Suzuki’s shot. 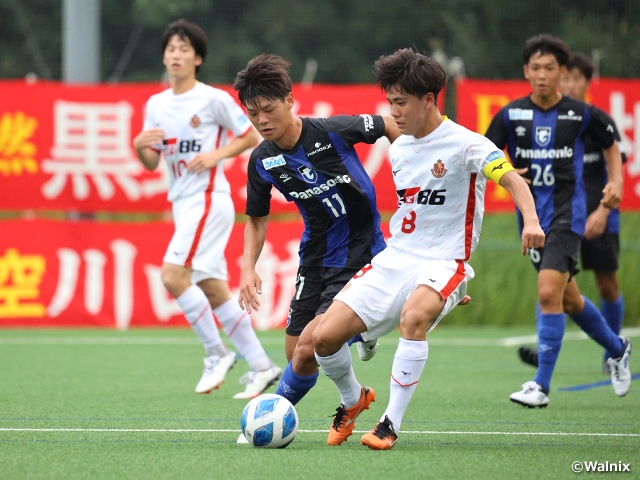 The deadlock was broken in the 74th minute, when HIKASA Renko (#17) responded to a cross delivered by OKURA Shinpei (#23), which allowed Suzuki Hiroto to collect the loose ball and fire a shot into the Nagoya goal, as the Gamba striker later reflected, “I thought about aiming the far side, but changed my mind after seeing the open space in the near side.”

Despite Nagoya’s late rally, Gamba Osaka showed their persistency to keep the clean sheet intact, as Kuwahara mentioned, “the defenders were committed to keeping the opponents to zero goals.” With the final whistle, Gamba Osaka earned their first win of the season, which saw them move up to 11th place in the WEST. 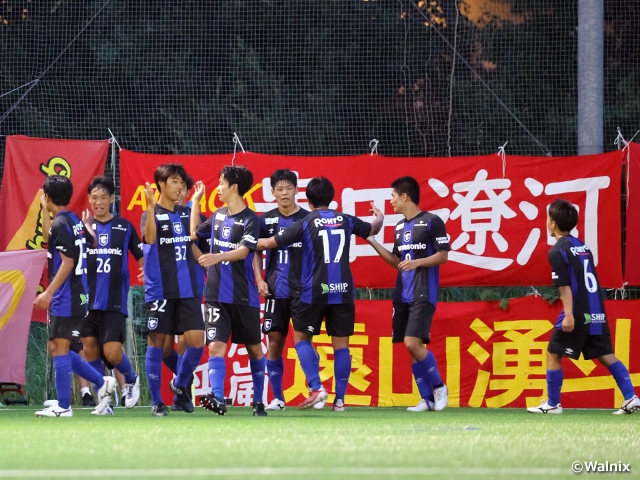 MORISHITA Hitoshi, Coach (Gamba Osaka Youth)
The players played very hard, but we kept giving up the ball to our opponents, including the free kicks we have conceded. We were facing a team with great speed, so we had to chase them throughout the match. We still have lots of areas to work on, but we are making gradual progress and the team is starting to look a lot like how they looked last year. Everyone is improving, including the first-year players. The third-year players who have returned from injury should also continue to improve in the remaining six months of their youth career.

DF #5 KUWAHARA Rikuto (Gamba Osaka Youth)
In addition to the penalty kick we gave away in the first half, our opponents struck the crossbar about three times, so I am surprised that we were able to walk away with a victory. A lot of our parents came to watch us, so we are very happy to have won at home. I feel like we were able to win the fifty-fifty balls in the midfield and the third-year players really showed their determination to win this match. Our forwards made a lot of runs for the team and those small details have contributed to this 1-0 victory.

KOGA Satoshi, Coach (Nagoya Grampus U-18)
The players did well to stick with the game plan and apply aggressive pressure from the frontline. The whole team got involved in the attack after every turnover, but we didn’t show the quality to capitalise on our chances and our defence lacked continuity. We believe that we are in a critical moment of the season. We still have two more matches, including the postponed match against Tosu, remaining in the first half of the season, so we hope to win those matches to move up the rankings.

GK #1 KITAHASHI Masaharu (Nagoya Grampus U-18)
We hadn't won for two weeks, and we said as a team that today would be a turning point for us to build momentum, but we were too soft in defence. Although we had the upper hand in ball possession, our opponent capitalised on their one chance. We need to tighten up our defence in order to win matches like these. We will soon enter the Club Youth Football Championship, where we will try to defend our title. We don’t want to enter this tournament with a negative vibe, so we will try to win some matches to build our confidence before the national championship. 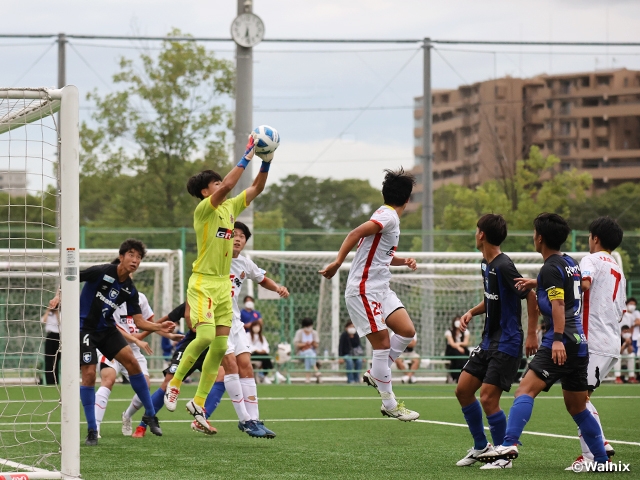