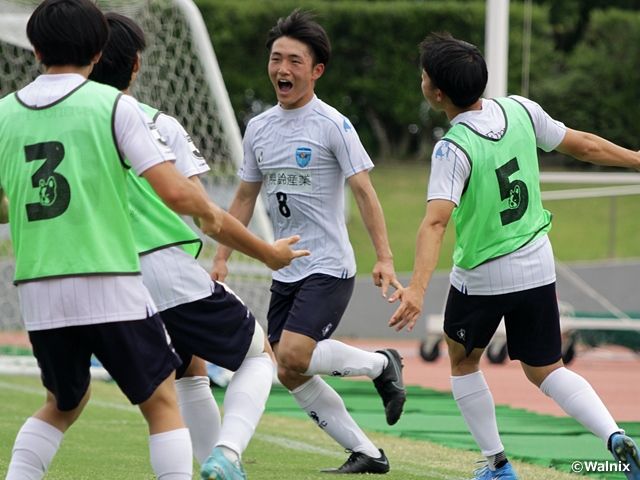 At Ota City Sports Park Stadium, Kiryu Daiichi High School (Gunma) welcomed Yokohama FC Youth (Kanagawa). Playing in their first ever season in the Premiere League, Kiryu Daiichi got off to a poor start, posting a record of one win, two draws, and four losses, but as coach NAKAMURA Hiroyuki mentioned, “the team is definitely getting better,” they have shown signs of improvement over the recent matches. Midfielder OKAMURA Aoi (#7) also shared his desire, “We want to provide this stage to our juniors as our seniors have left it to us.”

Yokohama FC also entered this match with a losing record, posting three wins, two draws, and four losses, but they positioned this match as a must-win match in order to move up the table, as IKEGAYA Ginjiro (#3) mentioned, “Our goal is to finish in the top three of this league, and that has not changed.”

The match unfolded as Kiryu Daiichi’s coach Nakamura had predicted, “I though it was going to be a high scoring battle.” The opening goal came in the second minute, when ONO Tsuyoshi (#14) assisted the goal of Okamura from a corner kick to put the home side in the lead. Yokohama FC responded in the 23rd minute, when they initiated a play from a throw-in, which led to the goal scored by SHIMIZU Yuto (#8) who later recalled, “I struck it as hard as I could.” 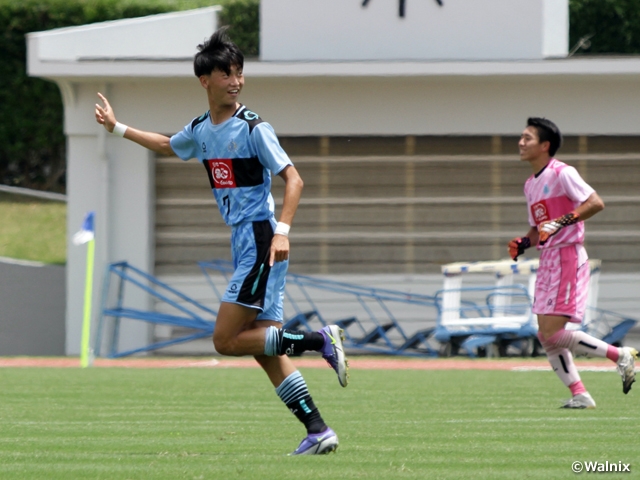 Kiryu Daiichi continued to create opportunities in the remainder of the first half, including the brilliant free kick converted by Okamura in the 40th minute, in which the midfielder commented, “The opposing goalkeeper was off position, so I decided to go for it. I am confident in my ability to take set pieces.”

Despite their struggles in the first half, Yokohama FC managed to make the necessary adjustments to their defence during halftime and started to pick up their pace in the second half, while Kiryu Daiichi started to play “too passively,” according to their coach. 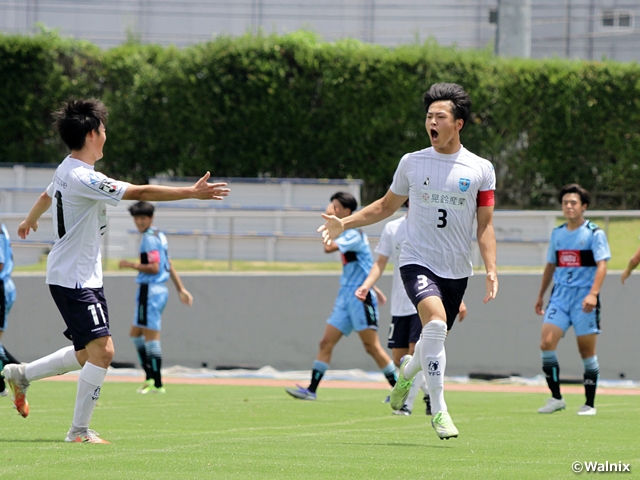 The equaliser came in the 50th minute, when Ikegaya struck a spectacular shot following a play from a corner kick, followed by the go-head goal scored by MORIYA Hayato (#9) in the 55th minute. With momentum on their side, Shimizu scored back to back goals in the 59th and 67th minute to complete his hat-trick, before Moriya made it 6-2 in the 77th minute to cap off the rally.

After conceding five unanswered goals in the second half, Kiryu Daiichi managed to score back a goal in the 88th minute, when Okamura scored his third goal of the match, but fell well short from making a comeback, as Yokohama FC managed to match their win tally to their losses, putting themselves in position to contend for the top spots in the EAST. 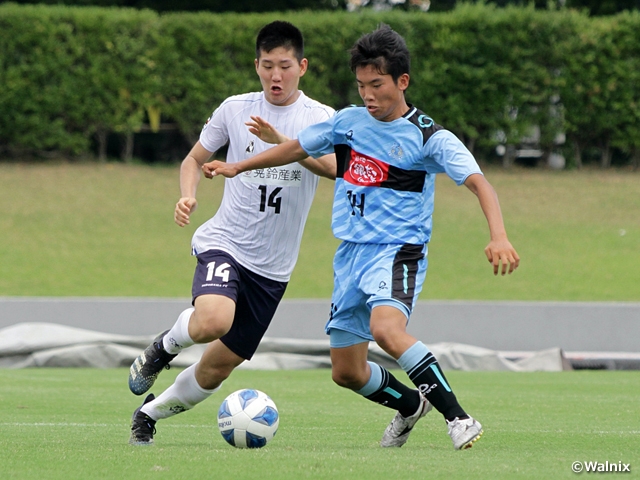 NAKAMURA Hiroyuki, Coach (Kiryu Daiichi High School)
I feel like we could have finished the first half with more goals, but I don’t think we should blame the loss solely on our lack of goals in the first half. We need to address how naïve and fragile we were entering the second half, despite having the lead. There are definitely some new things we've been able to do while competing in the Premier League, so we feel we are making progress.

MF #7 OKAMURA Aoi (Kiryu Daiichi High School)
The fact that we conceded multiple goals in the second half is something we need to address and improve on. We cannot afford to get relegated (to the Prince League) after just one season. In the scene where I scored the team’s second goal, I was initially planning on sending a cross, but I saw the goalkeeper was anticipating for a cross and was off position, so I decided to take my chance and aim for the goal. My goal is to become a defensive midfielder who can contribute to both offence and defence, so I feel that I still have some work to do defensively.

ONO Shinji, Coach (Yokohama FC Youth)
We were coming off a massive loss to Kawasaki Frontale U-18, but the players were able to reset their minds for this match. It was a tough first half, but we managed to find our rhythm in the second half. We were able to take full advantage of our opponents’ impatience and the players did a great job understanding and communicating what they had to do, so I didn’t have to give any directions during the water break in the second half.

MF #8 SHIMIZU Yuto (Yokohama FC Youth)
After conceding the opener, I really wanted to score the equaliser to help the team find our rhythm. (Reflecting on the first goal) I thought about passing, but I decided to take my chance and hit the ball as hard as I could. In the second half, we were able to make our move according to our opponents, as we exploited the space behind them when they pressed forward and possessed the ball when they sat back. It was frustrating to watch the match against Kawasaki Frontale U-18 from the outside, so I'm glad we were able to get a positive result this time.

Funabashi Municipal High School (Chiba) won their home match against Omiya Ardija U18 (Saitama) 2-1, thanks to the goal and assist of GUNGI Riku (#10). Ryutsu Keizai University Kashiwa High School (Chiba) won their match against Maebashi Ikuei High School (Gunma) after OHORI Shuto (#9) scored the decisive goal early in the second half. Aomori Yamada High School (Aomori) scored a goal in each half to win over Yokohama F.Marinos Youth (Kanagawa). Kashiwa Reysol U-18 (Chiba) welcomed JFA Academy Fukushima (Shizuoka) to their home, where they scored three goals to earn their third win of the season. Despite conceding the opening goal to FC Tokyo U-18 (Tokyo), Kawasaki Frontale U-18 (Kanagawa) scored three goals, including the brace of OKAZAKI Torataro (#20), to earn three points.