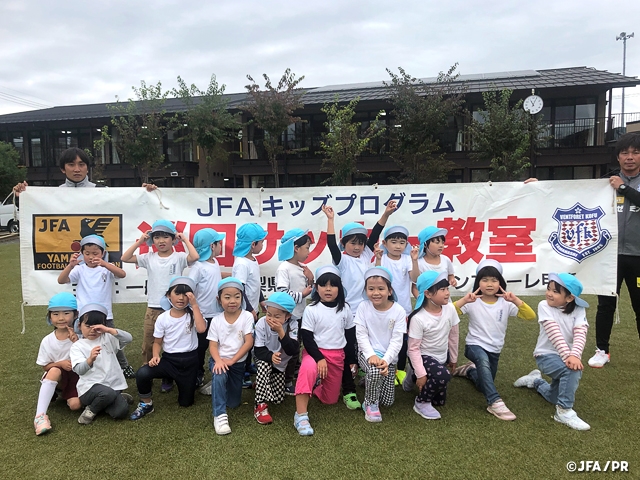 On the day, 75 children from the five-year-old class were taught in three classes. The aim of the course was to "try many things without being afraid of making mistakes" and encouraged the children to be actively engaged in the activities. At first some of the children could not catch the ball, or stop or carry the ball with their feet, but after giving them some tips, they watched and listened carefully to learn and became better at doing each drill. Above all, the children were actively engaged, focused, and up to the challenge, which allowed us to carry out the course with a playful atmosphere. It was great to hear the children say, "I want to play more football!" at the end of the course. 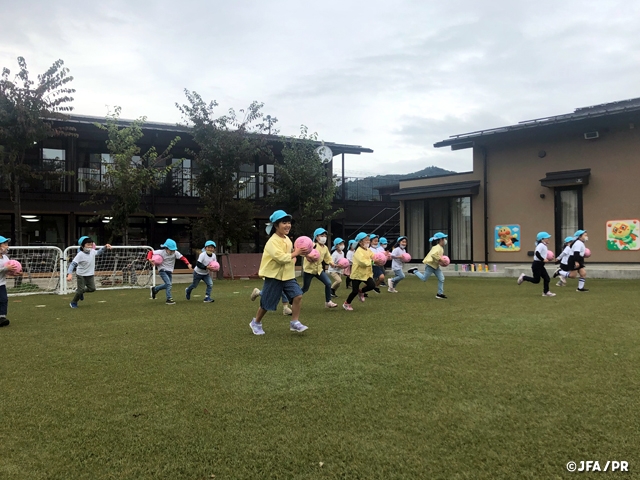 OTAKE Masato (FA Traveling Guidance Staff)
The children listened carefully to what the coaches had to say, which made it easy for us to explain the movements and give more specific directions on the rules. I believe that his allowed them to have an even more joyful experience. In the dribble and shooting drill, the children gradually became better at handling the ball, and showed lots of smiles and laughter. The last match was also a heated battle, with lots of goals scored.

YONEKURA Kazuho (FA Traveling Guidance Staff)
I was involved in this course in a support role. The children were very energetic and actively engaged in many things. I gave everything I had in the 45 minute classes in the hopes that the kids would have a memorable time, but they gave even more power, and after the final game, everyone was drenched in sweat and worn out. I'm hoping the kids will discover something they can work so hard at and become so passionate about.

Ms. NAKAMURA Keiko, Teacher (Funatsu Nursery School)
Thank you for the football class. The children enjoyed playing with the ball as they worked their way up from running with the ball in their hands to using their feet to control the ball. The children were also stimulated by the energy of the coaches and chased the ball enthusiastically. When playing the mini games, more kids touched the ball as there were more balls available, and they enjoyed being able to shoot the ball. During their daily playtime at the nursery, kids actively play football. I hope that more children will enjoy playing football through this class. Thank you very much. 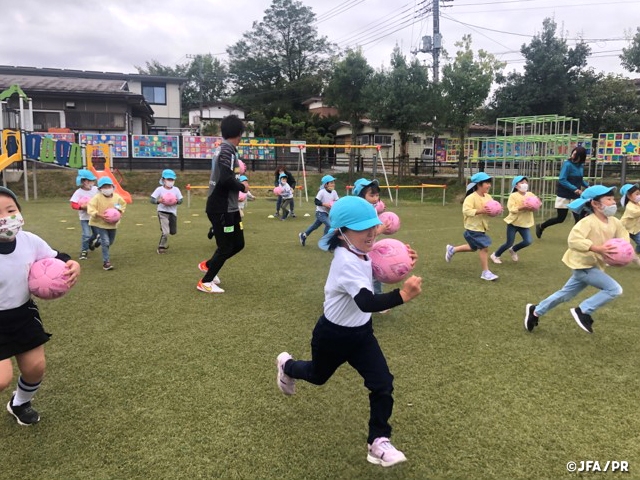