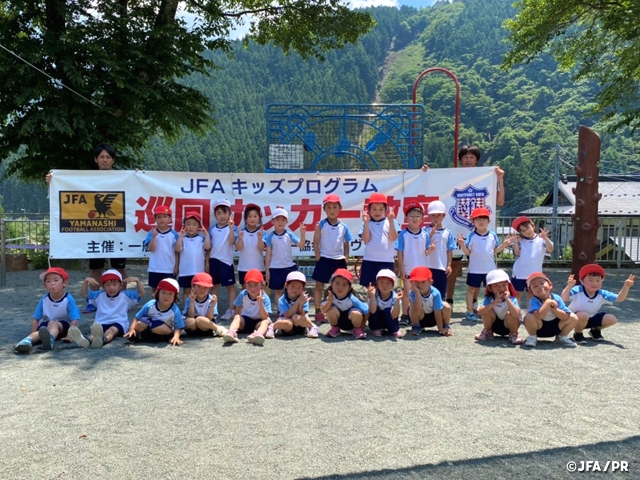 This time we visited Doshi Nursery in the nature-rich village of Doshi. Children from the three-year-old class to the five-year-old class participated, and although we were worried that they would not listen to the coaches at first, the children listened carefully to what the coaches had to say from the introduction, which allowed us to conduct the class very smoothly. The children worked very hard on each and every drill. Even when things didn't go well, they continued to try again and again, and they were deepening their bonds by encouraging each other, making it a very productive time for the children. The coaches would be happy if they continue to play football. 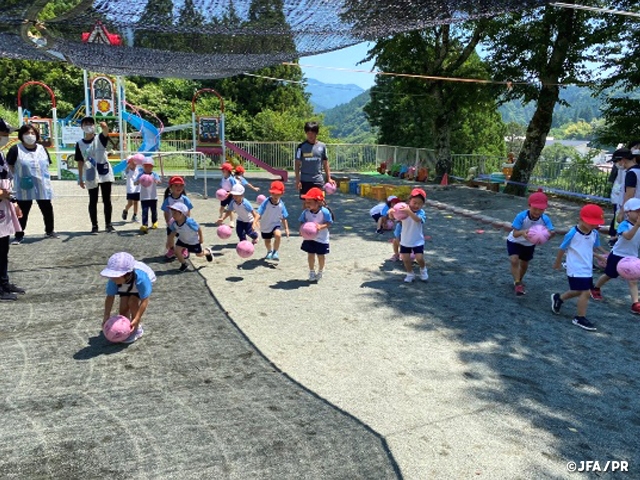 OTAKE Masato (Yamanashi FA Traveling Guidance Staff)
On the day of the football school, despite the scorching heat, the children played with great enthusiasm. We practised dribbling, shooting and played a game at the end, and it was amazing to see how quickly the children grew as they got better and better as the class progressed. I would love to play football with them again and see how much they improved.

MATSUHASHI Masaru (Yamanashi FA Traveling Guidance Staff)
I was involved as a supporting staff for this class, but seeing the sparkling eyes of the children, I could tell that they were really looking forward to this football class. The coaches gave their all in the hope of making this an unforgettable hour for the children, but the children responded with even more power than that. We were all exhausted after the last game. I hope that the children will find something that they can devote to and continue to work hard at it.

The children were seen to be very focused and motivated. It was very helpful that the class was conducted in a playful way, giving the children a chance to familiarise themselves with the ball without any difficulty. We are grateful that all children from three to five years of age were able to participate and had a very good experience. We would definitely like to participate again if there are more opportunities like this in the future. The classes were cancelled due to the pandemic in the past two years, so we are very happy that we were able to conduct the class this year. 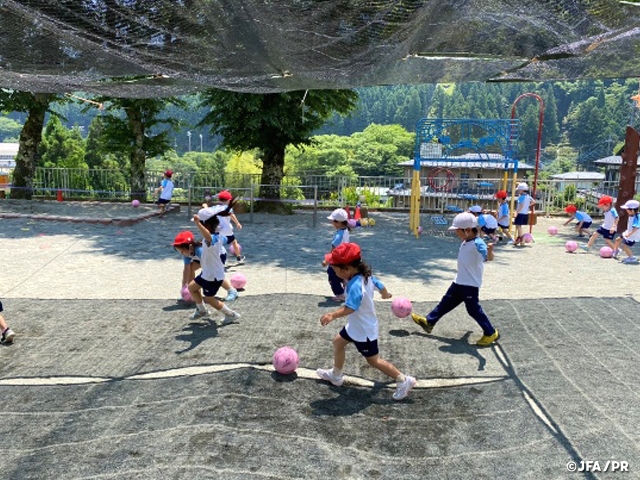