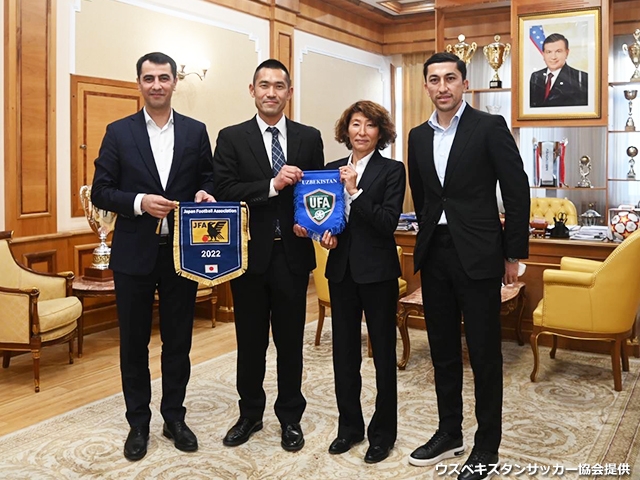 In efforts to support the development of football in Asia, Japan Football Association (JFA) has been dispatching instructors to many regions of Asia. Most recently, Ms. HONDA Midori and Mr. TSUTSUMI Takaya were dispatched to Uzbekistan, where they paid a courtesy visit to the Uzbekistan Football Association (UFA) and Mr. Aziz ABDUKHAKIMOV, the Deputy Prime Minister and Minister of Tourism and Sports of the Republic of Uzbekistan.

Ravshan IRMATOV, Senior Vice President, Uzbekistan Football Association
UFA has involved experienced Japanese coaches to take women's football to a new level and develop it. As we all may know, Japan regularly participates in the FIFA Women's World Cup™, and its experts have extensive experience at the international level. Therefore, HONDA Midori has been appointed as the head coach and TSUTSUMI Takaya as the GK coach of women’s football and we hope that with the new coaches we will work hard to achieve the highest goals set in front of us.

HONDA Midori, Head Coach of the Uzbekistan Women’s National Team
On the second day of our arrival in Uzbekistan, we had the opportunity to pay a courtesy call on Mr. Aziz ABDUKHAKIMOV, the Deputy Prime Minister and Minister of Tourism and Sports of the Republic of Uzbekistan. This year, the President of Uzbekistan informed him of the need to develop and strengthen football in Uzbekistan, and he hoped that the Uzbekistan Women's National Team would be able to follow in the footsteps of Nadeshiko Japan, who became world champions in 2011. I felt strongly that the development of football is an important agenda for Uzbekistan as a country, and that their goal is to become a powerhouse in football. Our mission is to qualify for the Olympic Games, but I believe that we need to take a step-by-step approach in the order of grassroots, promotion, and development. A training camp for the shortlisted squad and a trip to Turkey will be held in February, so I would like to get a feel for the level of the players through these activities. 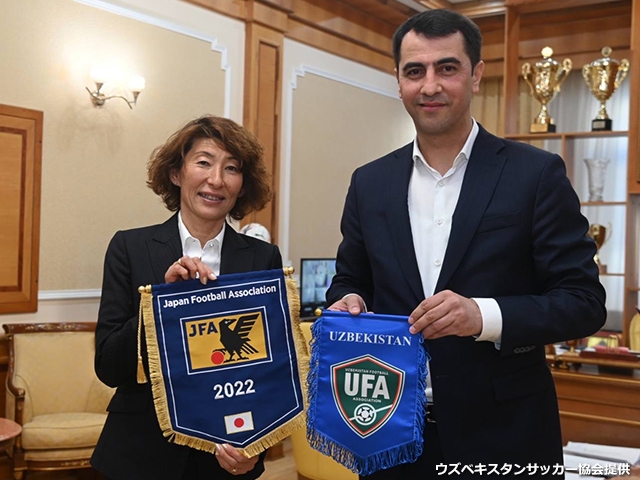