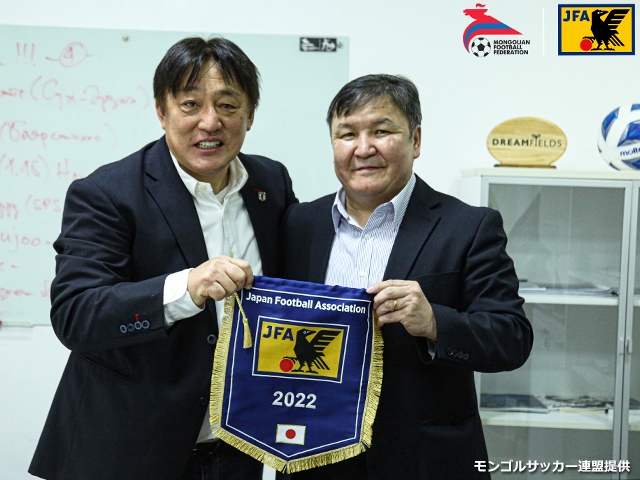 We also believe that throughout his time with the National Team, he will continue Coach Mase Shuichi's work. We will do our utmost to accommodate his work in the Mongolian Football Federation. Due to the AFC's requirement that our National Team to have a PRO certified coach, it is a privilege to work with Dispatched Coach Mr. Otsuka Ichiro. AFC Asian Cup China 2023 Qualifiers Final Round will be a source of great excitement for us this summer.

Coach Otsuka Ichiro arrived in January to train the National Team for the match in June. We'd also like to express our gratitude to the JFA and National Team supporters, Football Fans for their continued support. His trip to Mongolia, we feel, will be extraordinary. One team, one goal with your support, we can take our national football to the next level.