Delegation from Football Association of Thailand to visit SBS Cup 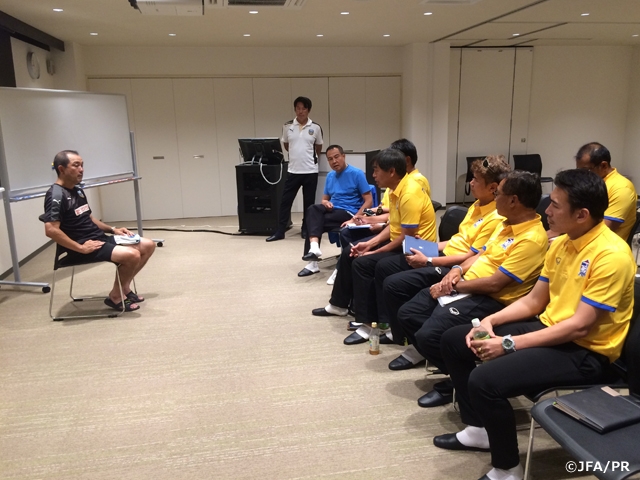 Mr. Poompanmoung the President of Football Association of Thailand, Mr. Laohakul, the National Technical Director, and national team coaches of each category will come to stay in Japan from Monday 8 to Friday 12 August. They will come to observe Japanese football practice methods, team management, and the operation of international youth tournaments.

The delegation will observe also some practice sessions of Kawasaki Frontale club and the U-19 Japan National Team, after that they will visit the 2016 SBS CUP International Youth Soccer in Shizuoka.

On Monday 8 August, the first day of their tour, they attended lectures about the operation of national teams in each category and a summary of players’ development at JFA House. The participants were eager to ask questions about the Japanese management system then tried to compare and find the differences in management between Thailand and Japan. 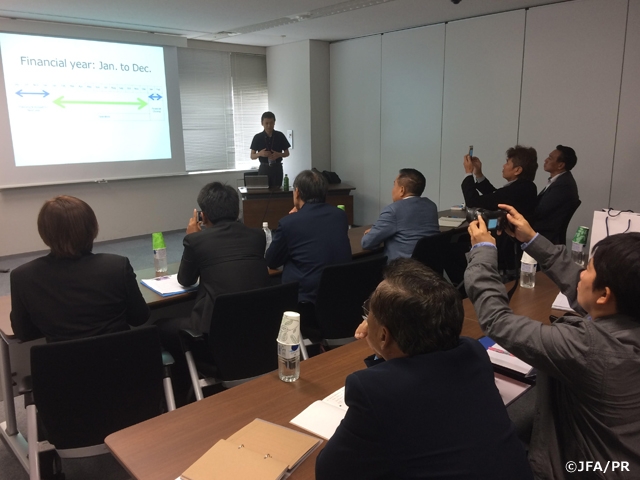 They moved to Shizuoka in the afternoon to watch a practice session of the U-19 Japan National Team, who are preparing for the SBS CUP International Youth Soccer.

Mr. ANURUCK SRIKERD
First of all, I’m grateful to the Japan Football Association for giving us this opportunity. I acquired a lot of information for the development of football in Thailand through the lectures by JFA staff. I’d like to learn as much as possible, and bring it back home for Thai football.

Miss NUENGRUTAI SRATHONGVIAN
It is the second time for me here in Japan after I joined the JENESYS 2015 JAPAN-ASEAN U-14 Girls’ Football Festival in March. By observing practice sessions of Kawasaki Frontale club and the U-19 Japan National Team, I learned new coaching methods. I’d like to thank the Japan Football Association for organising this tour. 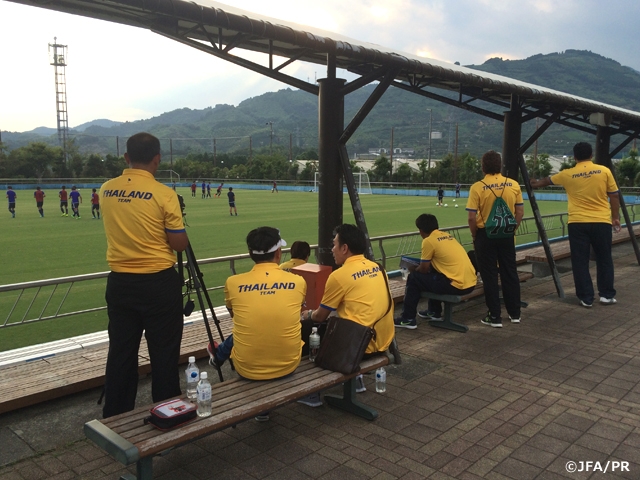