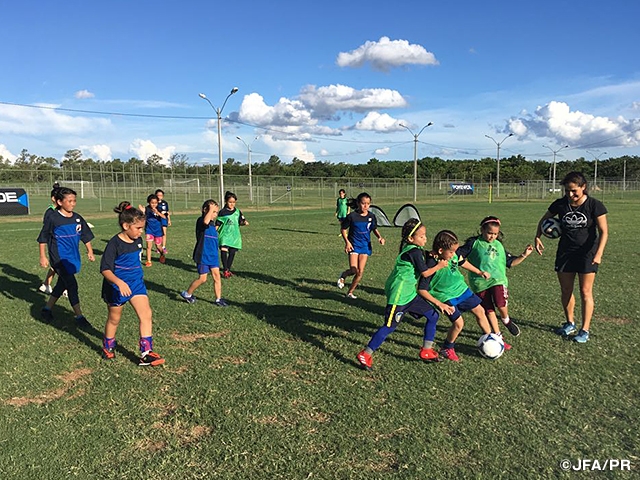 100 local girls, age ranging from 6 to 12-year olds participated the festival. JFA National Training Centre’s Coach YAMAGUCHI Sayuri made here appearance along with 10 female coaches from the Paraguayan Football Association, 10 members from Paraguayan clubs, one female coach from the Chilean Football Federation, and one female coach from the Uruguayan Football Association, to coach the participants. Close to 20 players from U-20 Paraguay Women’s National Team and U-17 Japan Women's National Team also made their appearance to support the event. 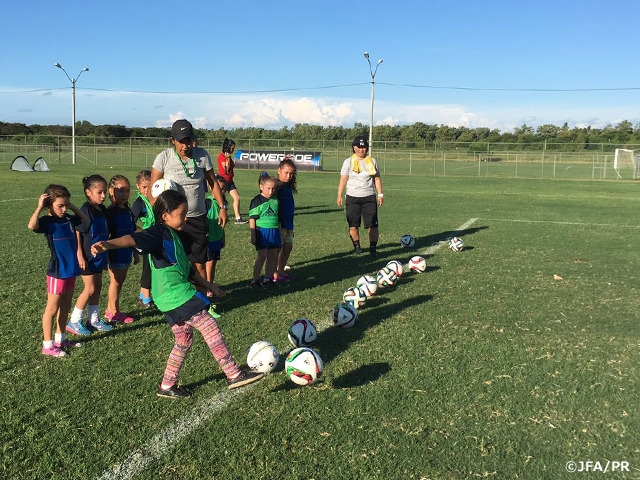 At the festival, participants and coaches were divided into eight different stations, each conducting technical drills such as dribbling, mini-games, and shooting drills.

Many smiling faces were seen on site and everybody involved in the festival seemed to have spent a great time. Some of the participating kids had never played football before and seemed to struggle to get a hang of the sport, but after the festival, those kids were seen kicking the ball along with the other kids. 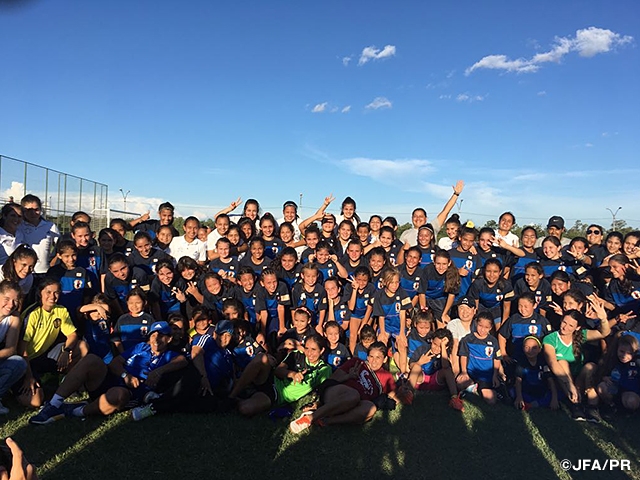 Digna Dominguez Duarte, Assistant of Youth Development (Paraguayan Football Association)
We are very grateful of the fact we were able to conduct such wonderful festival in Paraguay. We haven’t seen many festivals like this before, and we saw many drills that we have never seen before. I think many of the participants and coaches were able to gain a joyful yet important experience through this event. I would like to utilise what I learned here and the know-hows in the future. Also, as a member of the football association, we will do our best to keep providing opportunities like this in Paraguay moving forward.

YAMAGUCHI Sayuri, Women's Tokai Chief (JFA National Training Centre)
I am glad to see coaches from Paraguay, Uruguay, and Chile participating this festival with great passion. Going into the event, I was not sure of the level of the coaches, but once the festival started, many coaches made the approach towards the kids and showed adjustments according to the level and age of the participants. The kids seemed to have enjoyed the event and I am happy to hear from the kids that they want to play football again. The coaches expressed a great deal of enthusiasm to learn, and I was very impressed by it.

What is SPORT FOR TOMORROW?

"SPORT FOR TOMORROW" is an international sports contribution program which is propelled by the Japanese government, taking place between 2014 and 2020. It originated from the words of the Prime Minister of Japan, ABE Shinzo, at the IOC meeting when Tokyo was elected as host city of 2020 Summer Olympics. The program’s main purpose is to convey the value of sports and expand the Olympic/Paralympic movement to all generations, across 100+ nations and 10 million+ people.