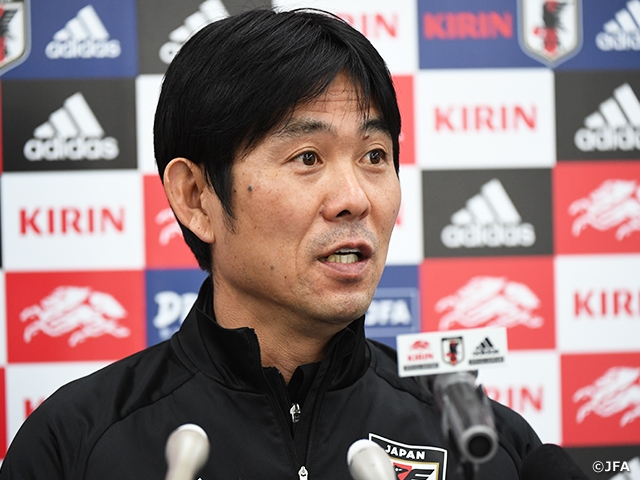 On Friday 27 December, one day ahead of their KIRIN CHALLENGE CUP 2019 match against the U-22 Jamaica National Team, coach MORIYASU Hajime of the U-22 Japan National Team appeared in an official press-conference held at the match venue, Transcosmos Stadium Nagasaki, and shared his aspiration, “I want my players to strive for victory while showcasing their best possible performance.”

With the AFC U-23 Championship Thailand 2020 scheduled next month, followed by the Tokyo Olympic Games in July, the U-22 Japan National Team is in full strides to get their players prepared for 2020.

Ahead of the match played at one of the two cities affected by the atomic bomb, coach Moriyasu mentioned, “Through this match, we hope to spread the message of world peace. It is important that we all acknowledge that we can only play football under a peaceful society.” 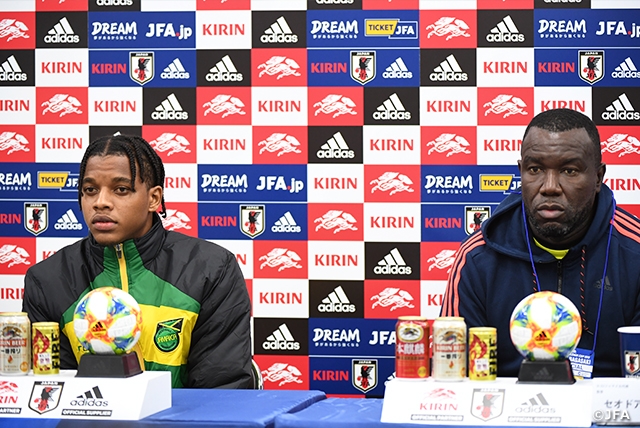 Following last month’s loss against Colombia, the Japanese coach shared his thoughts, “We weren’t on the same page and couldn’t function as a team.” The Nagasaki native explained that his team has shown signs of improvements since, “The players have prepared themselves by actively communicating with each other on and off the pitch.”

“I want the players to showcase their full potential. The players are preparing themselves in the best way possible to deliver a victory to our fans. We get ourselves ready both mentally and physically. We will enter the match aggressively.”

At the official training session, the 23 players went through their warmup routines during the first 15 minutes where the session was opened to the media. The team then conducted drills to go over their team tactics behind closed doors.

The team captain, NAKAYAMA Yuta shared his take on the match, “The Jamaican players are very athletic. They have many talented players, so we must focus to win the individual battles.” 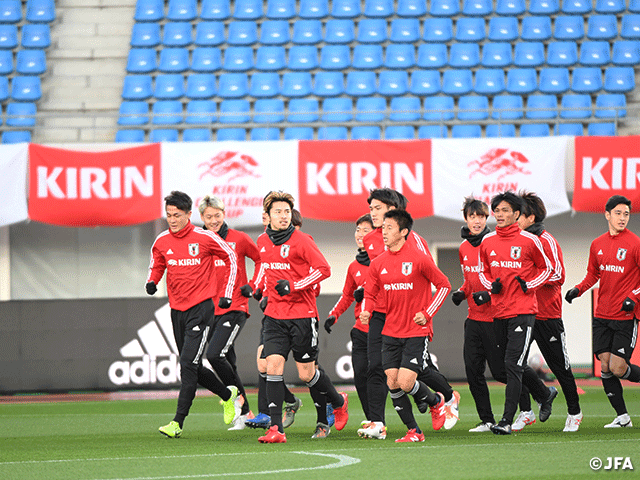 MORIYASU Hajime, Coach of U-22 Japan National Team
I want my players to strive for victory while showcasing their best possible performance in tomorrow’s match. With the match being played in Japan, there will be plenty of pressure on the players, but I hope our players will be able to convert that pressure to their strengths and showcase a spectacular match for our fans and supporters.

DF #2 IWATA Tomoki (Oita Trinita)
We have seen improvements in our communication, and our team is communicating well with each other. Our coach is demanding a performance that can inspire everyone watching our match. I have been communicating with my teammates both on and off the pitch, so we hope we can showcase a positive performance tomorrow.

DF #3 NAKAYAMA Yuta (PEC Zwolle)
The Jamaican players are very athletic. They have many talented players, so we must focus to win the individual battles. However, our strong point is in our teamwork, so we hope to take advantage in that aspect. We are expecting a difficult match, but we will give our best efforts to showcase a good performance tomorrow.

MF #6 NAGANUMA Yoichi (Ehime FC)
There may be some situations where we see mismatches in the flanks, so I hope to play aggressively when I have the opportunity. I will also try to make runs behind the opposing defence line. We weren’t able to showcase a good performance in our previous match, so I will give my utmost efforts to help our team win tomorrow.

MF #14 HIGASHI Shunki (Sanfrecce Hiroshima)
I hope to play aggressively in our match against Jamaica. Although our opponent may have the upper-hand in terms of physical strengths, I will try to win each individual battle and showcase a performance that can inspire the fans. It would be best if I can help the team win the match by getting myself involved in our goals. Everybody is worth starting the match, so I will focus on getting my job done when I am given the opportunity.