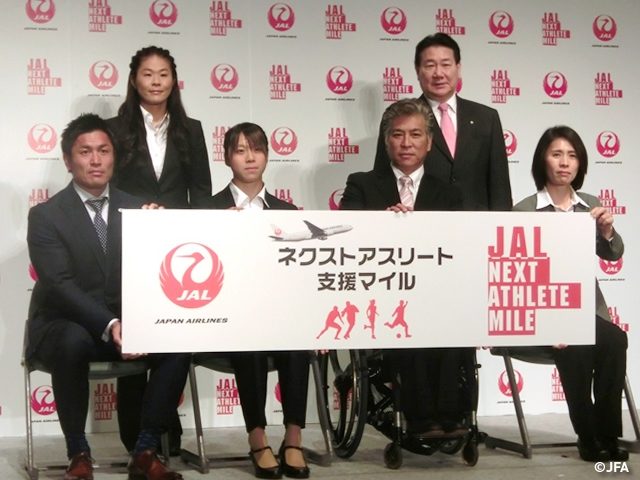 The Japan Football Association (JFA) and Japan Airlines (JAL) have concluded a sponsoring partnership regarding the “JAL Next Athlete Miles” project.
This donation project by JAL is designed to enable further promotion of sports and to support development of young athletes who are expected to lead Japan’s future sports. There are four organisations which receive the backings of this project, consisting of the Japan Triathlon Union, the Japan Rugby Football Union, the Japan Association of Athletics Federations for The Disabled and the JFA.
This year the JFA plans to use the money donated through the project for the 18th International Youth Football in Niigata, the 2014 SBS Cup International Youth Soccer, Youth National Teams (U-21, U-19, U-18, U-17 and U-16) and Women’s Youth National Teams (U-23 and U-17).

The JAL Group operates this project to enable further promotion of sports and to support development of young athletes who are expected to lead Japan’s future sports. Miles donated by the JAL Mileage Bank (JMB) members combined with monetary donations by JAL comprise the fund for the “JAL Next Athlete Miles” project. JMB members donate their miles in units of 2,000 miles to one of the sport organisations of their choice. JAL matches the cash equivalent of the donated miles, and the combined sum will be paid to the organization.

Donated miles will be used for the likes of equipment expenses, athlete / team travel expenses and tournament operation expenses. Progress reports from each sport organization will be periodically uploaded on the webpage above.

Other Regions members:
Regional JMB centre where a member resides 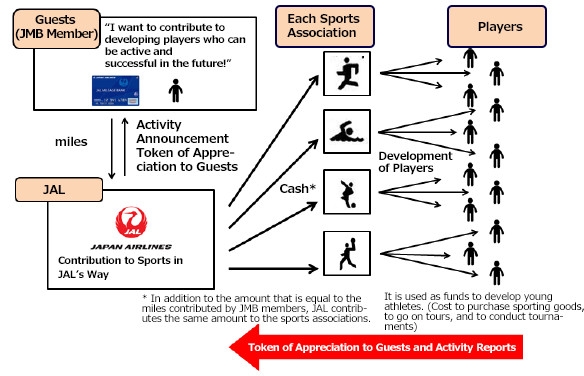 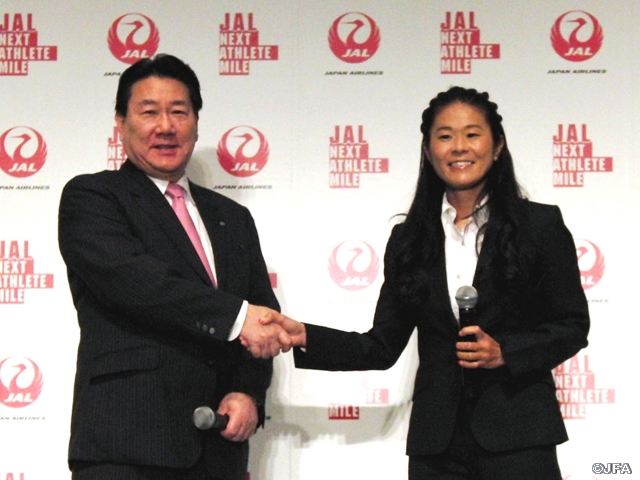 HARA Hiromi, General Secretary of JFA
I think this project means so much to the football world. The year 2014 is the FIFA World Cup year, but the SAMURAI BLUE playing in the World Cup are backed up by the emergence of young players who are going to lead our future. I have no doubt that the reason why our national team play in the five straight FIFA World Cups is the hard work by players and coaches in local clubs and school teams all over this country. Improving playing environments for young players give benefits not only to players of today but also to our future national teams. I am extremely happy if many people support though this project the dreams of players who will lead our future.
In conclusion, I would like to send my utmost appreciation to Japan Airlines which kindly supports our young players through this project and supporters, fans and other people involved who participate in this project. Thank you in advance for all the support for our young players who will take us to better place in our future.