On Thursday 23 August, just one day ahead of their clash against Spain at the final of FIFA U-20 Women's World Cup France 2018, the U-20 Japan Women's National Team held a training session. The session was conducted behind closed doors after the first 15 minutes, as the team sent through their team tactics for the upcoming match.

With this being their final training session as a team, Captain MINAMI Moeka mentioned how the team has grown over the past year and a half, “When the team first started, the older players had to lead the team, and the players were hesitant to share their opinions. Compared to back then the team has changed a lot, as many players are now openly speaking up and we are communicating well during the match as well.” 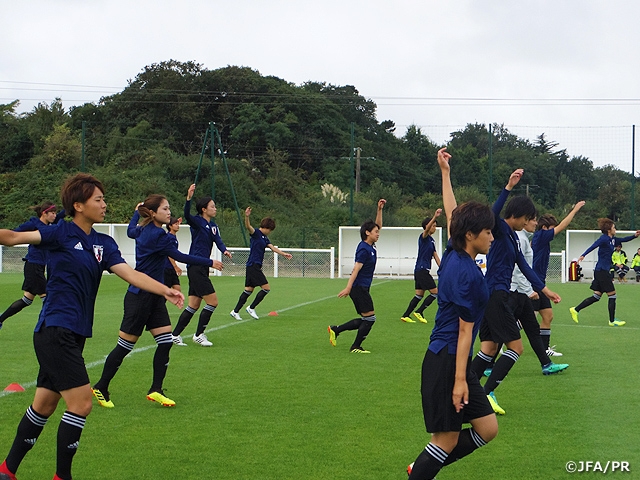 In the afternoon press-conference ahead of the final, Coach IKEDA Futoshi and MIYAGAWA Asato appeared on the podium for Japan. As Miyagawa shared her aspiration, “We have lost to them in the group league, so we cannot lose to the same opponents twice. We will fight as a team and win the match.” Coach Ikeda followed by stating, “We are prepared to play in the final, both physically and mentally.”

MF #9 MIYAZAWA Hinata (NIPPON TV BELEZA)
As we played more matches as a team, we have become a better team since we faced Spain in the group stage. We will do our best to show our style of football in the final. I personally would like to showcase my dribbling skills and create chances in front of the goal. I am honoured to be given the opportunity to express my gratitude on the World Cup pitch towards everybody who has supported me over the years. I will stay thankful for everyone who is watching the match, either through the broadcast or live at the stadium, and enjoy myself on the pitch.

MF #10 NAGANO Fuka (Incheon Hyundai Steel Red Angels/Korea Republic)
It feels like we are here to seek revenge against Spain, rather than going into the final. I am looking forward for this match. We would like to prove that we are the best in the world by winning the title. I will play up to my full potential to help our team win the match. 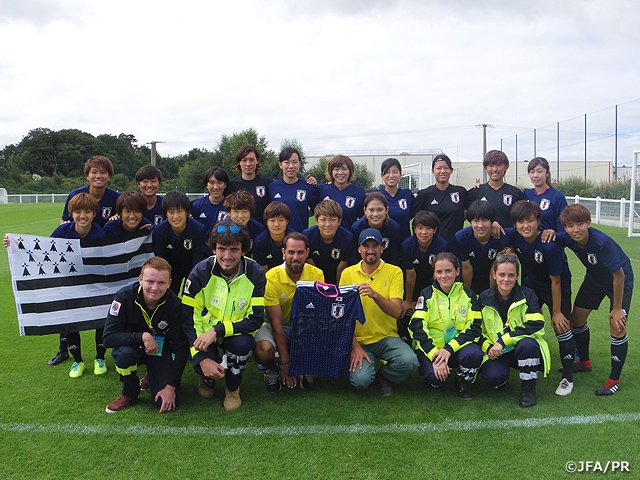 Tournament Dates: Sun. 5 August - Sat. 24 August 2018
Live broadcasting for all of the Japanese matches scheduled on Fuji Television NEXT