On Sunday 19 August, the U-20 Japan Women's National Team conducted a training session one day ahead of the semi-final match against England at the FIFA U-20 Women's World Cup France 2018. The training was held behind closed doors after the first 15 minutes, as the team went over their team tactics.

Following their training session, a press-conference was held at the match venue where Coach IKEDA Futoshi and NAGANO Fuka appeared on the podium. Nagano shared her aspiration ahead of the semi-final match, “The team has been communication with each other to keep ourselves on the same page, and in our match tomorrow, we would like to showcase what we have been working on.” Coach Ikeda followed by mentioning, “The team must work hard as a team in order to contain the strong and fast England offence,” stating that the team’s strength lies on their ability to work hard and that it could be the deciding aspect of the match. 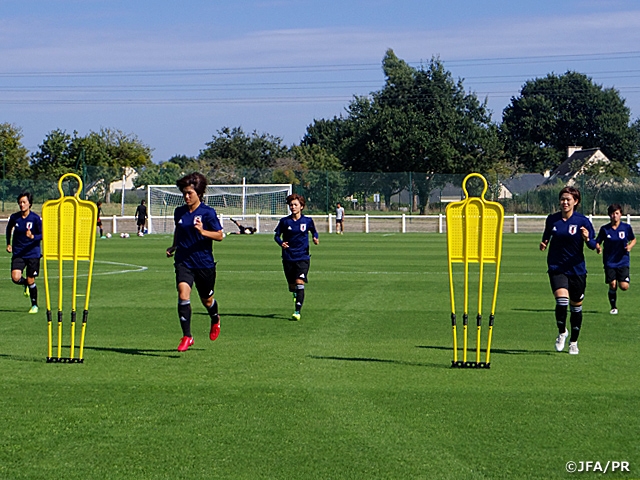 Regarding their ethics to “work hard,” the coach demanded his players to, “Respond as a team when a player makes a mistake, and to get involved in the play even when the player is distanced from the ball.” Team captain MINAMI Moeka also stressed the importance to work hard, “When a player applies pressure to the ball, the opposing side must tuck in, the back end must anticipate for a counter attack, and this team is well aware of that. That is our strong point.” With their dedication and hard work, the team will seek to lead Japan into their first ever final at the U-20 Women’s World Cup.

DF #13 MIYAGAWA Asato (NIPPON TV BELEZA)
The team has been surrounded by a good atmosphere since winning the quarterfinal, and we have been able to conduct our training sessions with a good amount of nervousness. It’s a different type of nervousness compared to what we felt in our first match of the tournament, as it has a more of a positive sense to it. In our last match, I gave up too many opportunities to our opponents from my mistakes, so I will keep my focus high when we enter our next match.

FW #16 KONO Fuka (NITTAIDAI FIELDS YOKOHAMA)
We managed to enjoy the atmosphere of the World Cup in our match against Germany. I will enter the semi-final with a refreshed mindset and strive to win the match with my wonderful teammates. 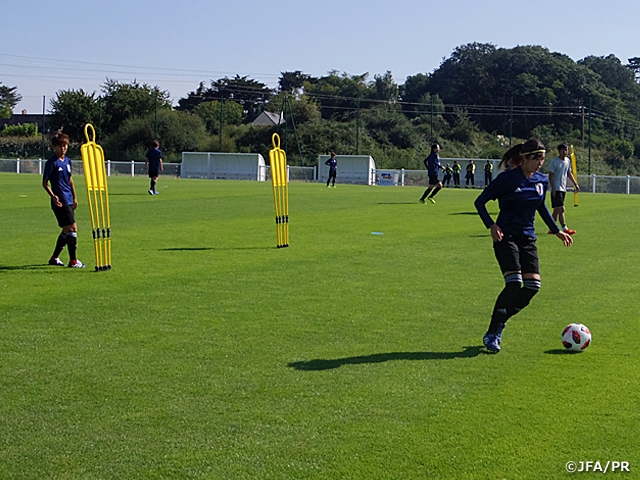