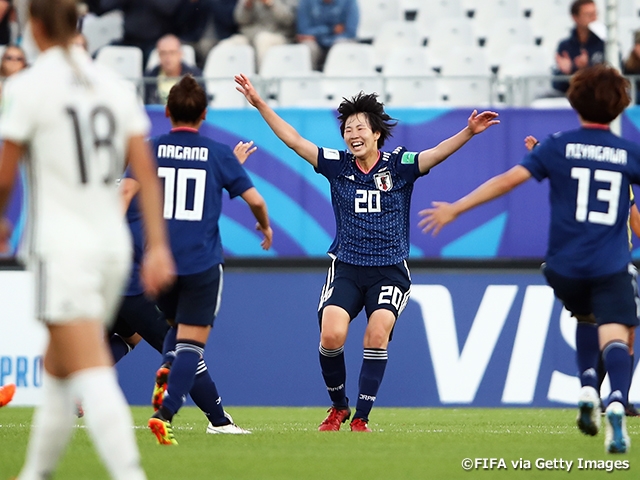 Japan entered the match by possessing the ball with their quick ball movements, while anticipating to exploit the space behind the opposing defenders. In the 37th minute, midfielder ENDO Jun delivered an early-cross towards the goal, where forward TAKARADA Saori connected with her header but her attempt could not capture the target.

Despite seeing multiple chances created by the Japanese side, the match entered halftime scoreless. The long-awaited goal came to Japan in the 59th minute, when midfielder MIYAZAWA Hinata delivered a long feed to Endo, who then took on an opposing defender before launching a right footed shot. Her effort managed to find the back of the net, giving Japan the 1-0 lead. The Japanese side continued to apply pressure, as Ueki chased a through ball delivered by Takarada and slotted the ball into the goal to extend the lead for Japan. Just three minutes later, defender KITAMURA Nanami broke through the left flank before sending a cross towards the centre, allowing Takarada to score the third goal.

After conceding the opening goal, Germany brought in their attacking players, but the Japanese defenders, led by MINAMI Moeka showcased their solid coverage to deny the opportunities for Germany. Mid-way into the second half, Japan brought in forwards, MURAOKA Mami and KONO Fuka to create further opportunities.

The Japanese side showed great intensity to chase the ball until the very end, but the Group D leaders, Germany increased the numbers applying pressure upfront. Their efforts materialised in the closing minutes of the match, as Janina MINGE scored the first goal for Germany. With momentum on their side, Germany continued to threaten the Japanese goal in additional time, but Kitamura made a superb save to clear out the ball that almost crossed the Japanese goal line. The match ended with a final score of 3-1 in favour of Japan, leaving them as the only non-European team to advance to the Semi-finals.

After the final whistle was blown, the Japanese players went over to embrace the German players who all went down to pitch. The players then made circulated the stadium to thank the supporters.

Endo, who scored the opening goal was named as the player of the match.

Japan will make their second straight semi-finals appearance on Monday 20 August, 16:00 local time. Their opponent will be the U-20 England Women's National Team, who led Group B. 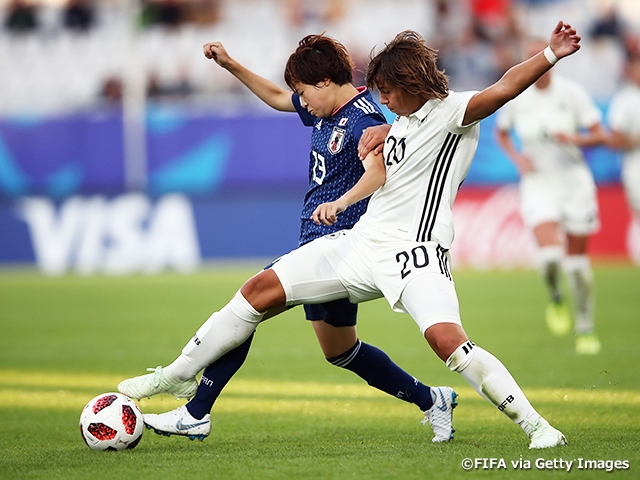 IKEDA Futoshi, Coach (U-20 Japan Women's National Team)
Germany was a very powerful team, and we were expecting to face a very tough match. Against such opponent, the Japanese players showcased their signature hard work, persistency, and collective effort to earn the victory. During the training sessions, the players visualised how their opponents would attack, and I am very proud of them for showcasing a great performance at the actual game. We have been taking each match at a time, so from now we will prepare for the match against England.

DF #6 TAKAHASHI Hana (Urawa Red Diamonds Ladies)
We managed to pass the ball around in close range with each other while creating a triangle to initiate our attacks. That was only made possible through our training sessions where we kept our intentions on the same page. We were aware of the strong side attacks and dribbles the Germany side can display, but in the scene where we conceded the goal, we failed to apply pressure to the opposing player. We must heighten our intention to contain our opponents. This victory gave us a sense of relief, and we are very happy, but we must reset our minds to head into the semi-finals. England is a very strong team, so we need to prepare ourselves well.

MF #20 ENDO Jun (JFA Academy Fukushima)
I am very relieved for now, but we have another tough match ahead of us, so we must prepare ourselves so that we can display our style of football in our next match as well. Before today’s match, I have only been able to record an assist, so the fact I managed to score a goal gives me great confidence. I haven’t been able to score a goal for a while, and it has been a disappointing stretch for me, so I am very happy that I finally got the goal.

FW #14 MURAOKA Mami (Orca Kamogawa FC)
I entered the match as a late substitute, so I focused on adapting to the game flow and the team’s momentum. At first, I was overwhelmed by the speed displayed by the German side, but I got used to it as I played along. I believe that we made it this far because of the efforts of the entire squad, including players who has been playing on the pitch, and those who has been preparing themselves on the bench. In our next match at the semi-finals, a single goal will have an even bigger impact, so I will emphasis to score a goal with my long-range shot to contribute to the team’s victory. 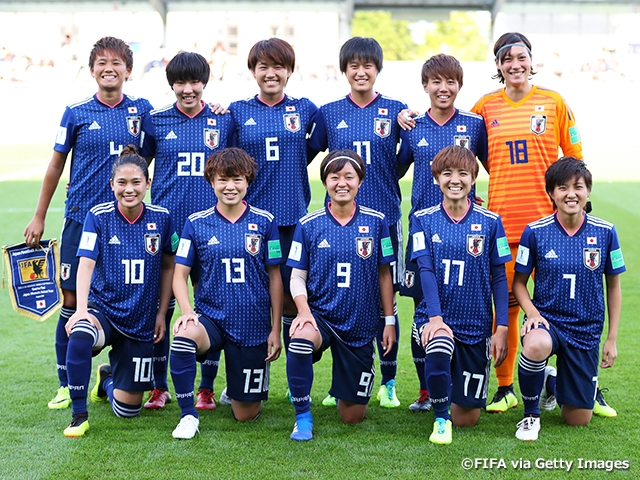