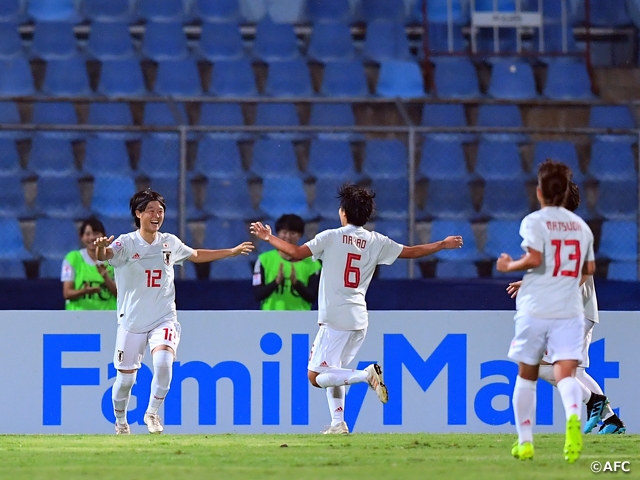 With the ticket to the FIFA U-20 Women’s World Cup 2020 at stake, coach IKEDA Futoshi started TANAKA Momoko in goal with the defence line of FUNAKI Nodoka, GOTO Wakaba, TAKAHASHI Hana, and MATSUDA Shino. While NAKAO Momo and KANNO Oto were named as the defensive midfielders, MORITA Misaki and ITO Sara were positioned in the flanks. YAMAMOTO Yuzuki and OSAWA Haruka were the two forwards named upfront. 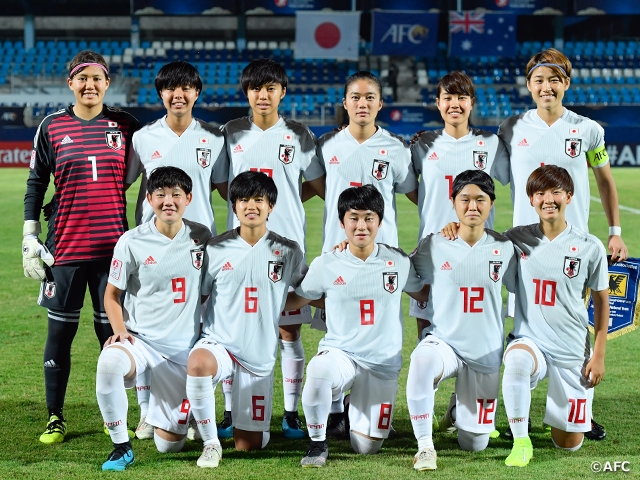 The match started with Australia dropping back in defence, while anticipating for their opportunities to counterattack by collecting the ball to their in-form striker, Mary FOWLER.

In contrast, Japan kept the ball moving to seek for their chances, as Kanno came close to scoring the opening goal in the 16th minute, but her mid-range shot went off the crossbar. With momentum on their side, Japan continued to press forward. As they created more opportunities upfront, Japan earned a penalty kick in the 20th minute, when Matsuda was taken down by an opponent inside the penalty area. It was Kanno, who calmly converted the spot kick to give Japan the lead. Two minutes later, Osawa responded to a pass delivered by Nakao to double the Japanese lead before halftime. 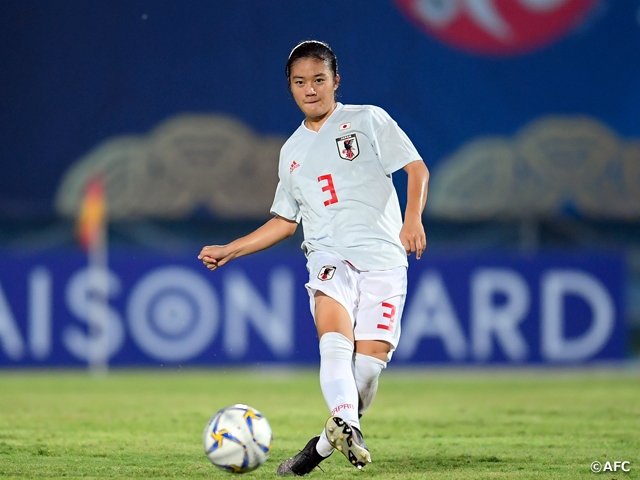 Japan continued to show their dominance in the second half, as Osawa marked her second goal of the match in the 48th minute. Yamamoto and Ito followed within the next five minutes to extend the Japanese lead.

In efforts change the dynamics of the match, HIROSAWA Maho was brought onto the pitch in the 54th minute. The second half substitute responded to a long feed from Funaki to score a goal in the 80th minute, followed by another goal scored in the 86th minute, as she picked up a brace in just half an hour of play.

Although Australia made numerous efforts to break through the Japanese defence by utilising long balls, led by Takahashi and Goto, Japan showcased a solid performance to shutout the Australian offence. With this 7-0 victory, Japan has clinched their third consecutive final at the U-19 Women's Championship, while earning their seventh ticket to the FIFA U-20 Women’s World Cup.

IKEDA Futoshi, Coach
I am happy that we were able to earn our ticket to the FIFA U-20 Women’s World Cup 2020 and I am very proud of my players. We started the match by observing how our opponent came out playing and I feel like we managed to make the appropriate adjustments on the pitch. Although we finished the match 7-0, we only had a two goal lead at halftime, so we had to stay altered. Knowing that it can be effective against teams dropping deep in their territory, we worked on our long balls in trainings, and it was great to see our players scoring from the long balls in today’s match. Our opponent in the final will be DPR Korea, who is a very tough team. It will be a special game and I hope the players will gain a precious experience to become a better player.

FW #9 OSAWA Haruka (JEF United Ichihara Chiba Ladies U-18)
First of all, I am very happy that we were able to earn our spot into the FIFA U-20 Women’s World Cup 2020. It was difficult to break through an opponent who was dropping deep in defence, and I feel like our team had a tough time trying to send the ball upfront to the forwards. However, we still managed to create opportunities from the flanks to score goals. Both of my goals were assisted by (NAKAO) Momo. She plays for the same club as I do, so I was able to make my runs believing that she would send the ball to me. We will be facing a strong DPR Korean side at the final. I hope to showcase a hardworking effort that can lead the team to victory.

FW #17 HIROSAWA Maho (Waseda University)
Just before I entered the match, coach Ikeda told me to enjoy the moment and his words allowed me to score those two goals and enjoy myself on the pitch. When I scored the first goal, my eyes were set on the goal, so I was able to take a firm shot. The second goal came from a play we have worked in our trainings, so I was able to take a good look at the goalkeeper before striking the shot. I wanted to give the team momentum by coming off the bench and scoring goals. This tournament is just a steppingstone for the FIFA U-20 Women’s World Cup 2020. We hope to win the final and end this tournament on a high note.

FW #19 YAMAMOTO Yuzuki (Nippon TV Menina)
Earning our ticket to the FIFA U-20 Women’s World Cup 2020 was one of our goals, so I am very happy that we have achieved it. I don’t remember exactly, but I was able to respond to a through ball and score the goal today. Although I was pretty nervous when we arrived at the stadium, I was able to gather my composure before the match started. We will be facing DPR Korea at the final. I am sure that they will enter the final with a strong intention to beat us, so I hope to enter the match with an even stronger determination to win the match.