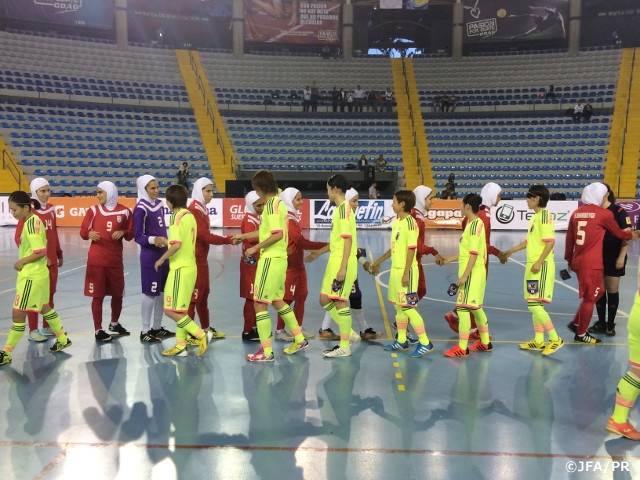 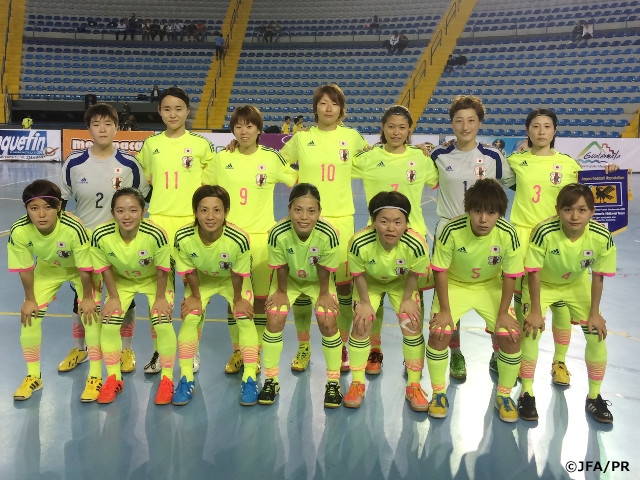 Japan Women's Futsal National Team, who were in fourth place with three losses in the group stage, met Iran, who were also in fourth place in group A, to decide seventh and eighth place in the VI World Women's Futsal Championship Guatemala 2015. Japan had already lost to them once before in the final of the AFC Women’s Futsal Championship Malaysia 2015 last September.

At the beginning of the game, the players, who had experienced that frustrating match two months before, showed their determined spirit for revenge. Iran, on the other hand, played strongly as the Asian champions against Japan.

An Iranian player got through Japan’s defenders, receiving the ball in the centre, and took a strong long-distance shot to move the game just before the final whistle of the first half. The ball went into the right-hand corner, striking the opener. The game went into the second half at 1-0.

Japan, who were determined to win, stayed ambitious for goals from the beginning of the second half. After two minutes, SAKURADA Miku in the centre received the ball from left side and took a shot directly, only for it to be saved by the goalkeeper. Sakurada slotted a loose ball into the goal while she was falling down, levelling the game.

Neither of the teams let the opponent strike a goal for a while, but in the 13th minute, Iran counter-attacked to face the goalkeeper 1-on-1 and take a shot. The ball unfortunately hit the Japanese defender after a deflection off the goalpost, and went into the goal.

Japan, who were looking for another goal, continued to attack aggressively. Although the team earned a penalty just six seconds before the final whistle, they could not find the back of the net. They finished in eighth place without any victory in this championship.

ARIHARA Masaaki, Coach
It was very frustrating that Japan lost all their games in this championship. However, I didn’t find too big a level difference with all our opponents in these four matches. Our results were not good at all, but I’d like to point out that the players performed well against Spain and Russia, proving we could show our skills against strong countries.

We couldn’t avenge our loss in the final of the AFC Championship today against Iran. Just like we couldn’t score through a penalty, we need to improve the quality of our shots. The current team are young without enough international experience. If we continue to enhance this team with what we learned through this championship, I think it’s possible for them to become one of the strongest teams in the world.

KICHIBAYASHI Chikage (VEEX TOKYO Ladies)
Although we did have many goal-scoring opportunities, we couldn’t score in today’s game against Iran. Iran, on the other hand, scored with their limited opportunities and won the game. Personally, I thought I wasn’t strong enough in front of goal. So I’d like to increase my options around how to move for shots by improving myself.

We lost close matches in this championship. I learned that we’re still not at an world-class level yet in small areas. I’d like to improve the team as a whole as well as individually to win games in Asia.

SAKURADA Miku (LEOGRASTA)
I joined the national team for the first time and experienced international matches in this championship, which was great. It was frustrating that we lost all four games, but I believe what’s more important is how we react to these losses and what we learn from them for the future. I’ll continue to practice back in my club, thinking of "the world-class level" I experienced here, so that I will be chosen again to play for the national team. 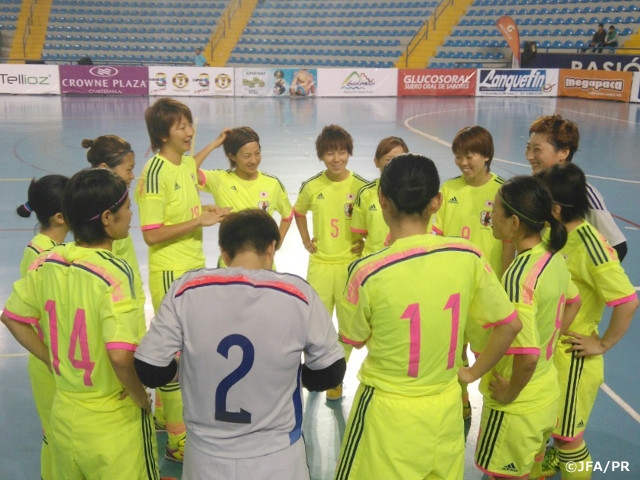