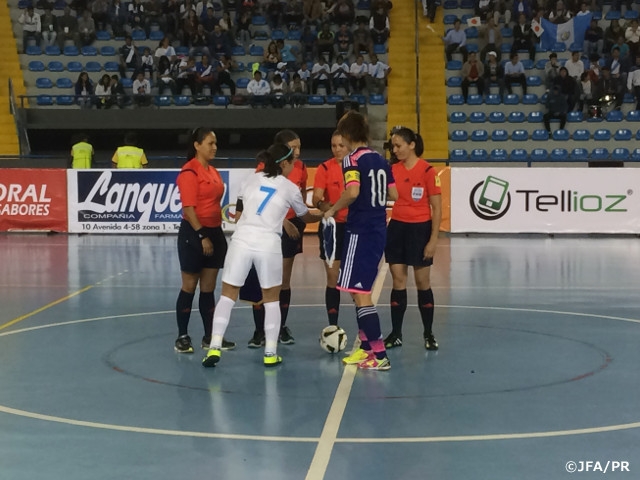 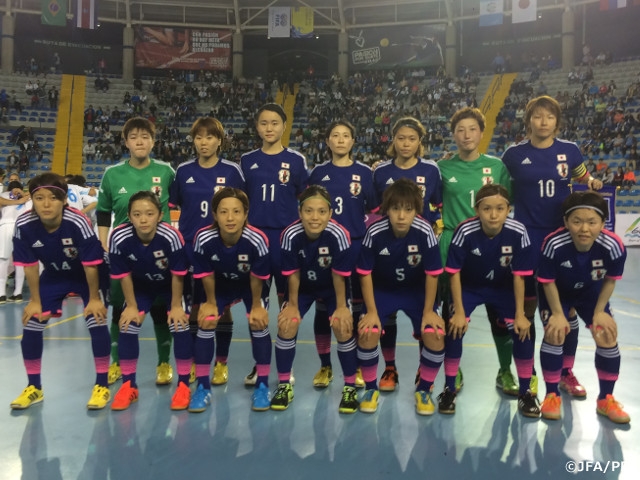 Japan Women's Futsal National Team met the host country, Guatemala, in the first group stage match in the VI World Women's Futsal Championship Guatemala 2015. As it was a home game for Guatemala, there was a big crowd cheering at the stadium and Japan had to play their first game in a real away atmosphere. Partially because of the atmosphere, Japan had to let the opponent take the initiative at the beginning of the first half.

After four minutes, while there was some confusion between Japanese goalkeeper and the defenders, Guatemala slotted a loose ball into the goal, striking the opener. Japan made several more careless mistakes in passing and struggled to pick up the pace. In the 10th minute, Guatemala scored again. Although Japan tried to attack back, they could not find the back of the net against Guatemala’s defence. The game went into the second half 2-0.

In the second half, Japan started to pick up the pace through rhythmical passing and aggressive pressing up front. Nine minutes into the second half, SAKATA Mutsumi intercepted the ball in the centre, getting through the defender to strike a goal in the corner of the net.

Japan continued throwing everything into attack in the limited remaining time to find the equaliser. However, Japan could not score against the opponent’s solid defence and lost their first game 2-1.

The team will play the second group stage game against Spain tomorrow, who also lost their first match today against Russia.

ARIHARA Masaaki, Coach
As we are aiming to reach the semi-finals in this championship, I told the players that the opening match would be essential. We let the opponent, who is at the same level as our team, show off their intricate skills to score two goals at the beginning of the game. We couldn’t play as we planned in the first half.

However, the players refreshed themselves during half time, and picked up the pace at the beginning of the second half. It was very frustrating we couldn’t score enough and lost the game. Having said that, I’d like to point out that the players never gave up, creating many goal-scoring opportunities by throwing everything into attack. We’d like to get positive results in the two remaining games.

KITAGAWA Kana (Maruoka RUCK Ladies)
Due to the away-match atmosphere and also the nerves at the opening of the championship, we couldn’t communicate enough to play well at the beginning of the game. Having said that, in the second half, we created goal-scoring opportunities by pressing up front through better communication. We scored a goal. Although we lost the game, there will be two more group stage matches. I’d like to win both of them to get through the group stage.

SAKATA Mutsumi (SWH Ladies Futsal Club)
We couldn’t find our rhythm at all in the first half and played poorly. In the second half, however, we gradually took the initiative to score one goal. Although we did have many goal-scoring opportunities, it was frustrating we couldn’t score the equaliser. I’d like to fix the problems we had in today’s match, so that we can win tomorrow’s game against Spain. I expect a tough match, as both teams have lost their first game. We’ll play hard and focus on winning the game. 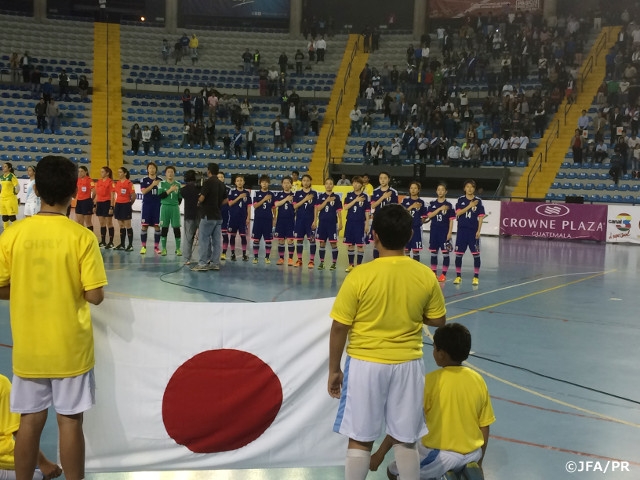