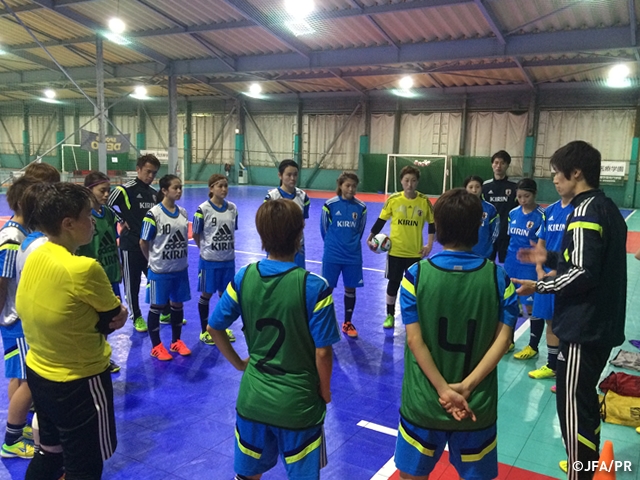 Japan Women's Futsal National Team started their three-day training in Japan in preparation for the "VI World Women's Futsal Championship Guatemala 2015", which is to be held from Tuesday 24 November.

The team held a meeting prior to the training session, and the coach ARIHARA Masaaki shared the current status of the team in the championship, their aims as well as the team’s concept.

The team includes 12 players, who took the team to second place in the "1st AFC Women's Futsal Championship Malaysia 2015" in September, with the addition of two newcomers. Japan will play in group B, meeting the host country Guatemala on Tuesday 24, Spain on Wednesday 25, and Russia on Thursday 26 November.

The players held a two-hour training session, mainly focusing on passing the ball around and checking the defence after some warm-ups.

They attended another meeting after the session to discuss about their tactics in detail.

In order to get themselves ready enough within the limited time before the first match of the championship, the team will have two practice sessions tomorrow, one in the morning and one in the afternoon. 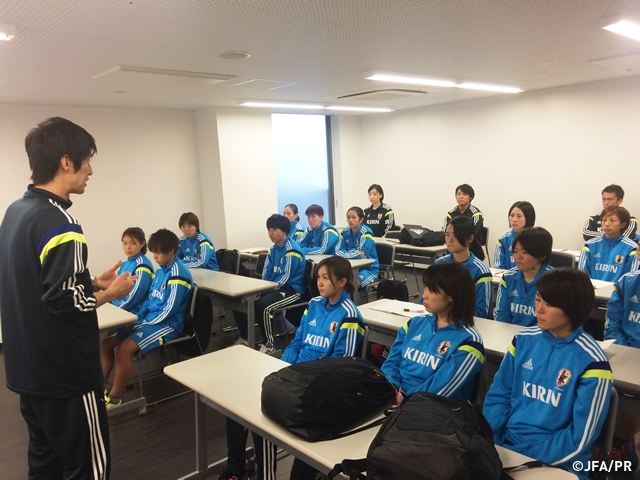 SAKATA Mutsumi (SWH Ladies Futsal Club)
Although we started to practice together today, most of the players were in the team for the "1st AFC Women's Futsal Championship Malaysia 2015" in September. So we could communicate with each other very well and hold a practice session in a good atmosphere. We only have a limited time before the championship in Guatemala, but we, including the newcomers, would like to prepare ourselves as a team, getting into good physical condition before the opening match on 24 November.

NAKAJIMA Shiori (Burela Pescados Ruben/Spain)
As I usually play in Spain, it’s nice to play with my teammates from the Japan National Team for the first time in a while. I also look forward to playing against the Spain Women's Futsal National Team in the second game. I will meet several of my club teammates in Spain as my opponent there. I’d like to aim to get through the group stage. 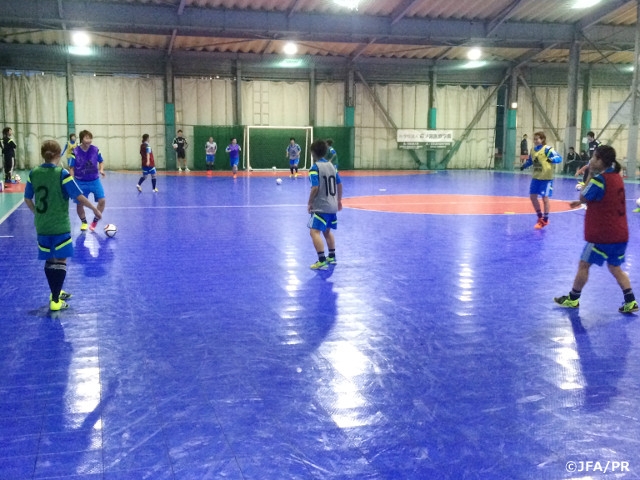