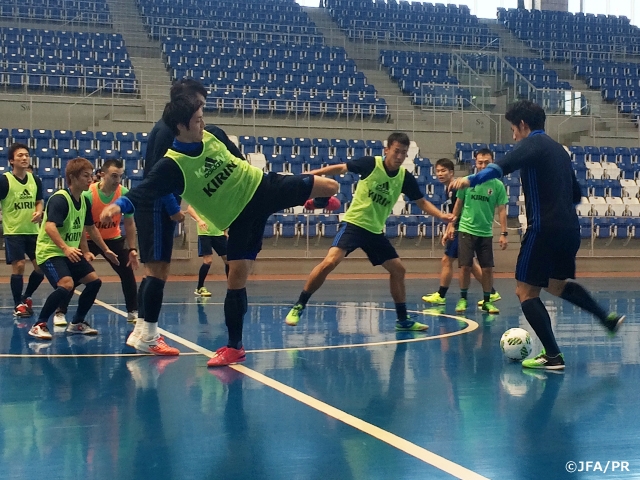 On Wednesday 26 October, the training camp for Japan National Futsal Team’s shortlisted squad had its last day in Nagoya, Aichi.

After light warm-up, the players together with coaching staff engaged in peradon (scoring game). Before the practice session got more intense, the coach attempted to create a relaxing atmosphere as well as to raise the level of willingness to work hard.

Later on, 2v2 with a neutral player and 3v3 were assigned in order to check whether the players were taking advantage of the last two days of practice both offensively and defensively even in a pressured and crowded situation. And the squad were doing just that. 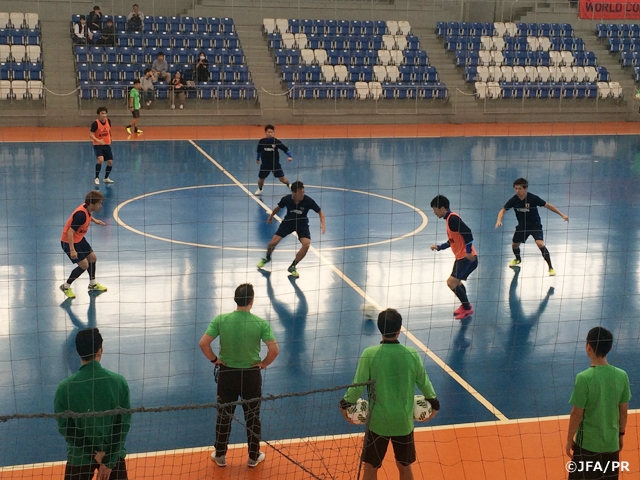 To wrap up the three days, they played an intra-squad match in the end. Coach Bruno seemed to be satisfied with how his players responded to his expectations even after a very short training camp, which turned out to be a productive one.

FUJIWARA Jun (BARDRAL URAYASU)
This short three-day camp came to an end. I am proud of wearing this practice jersey of the national team at the beginning of the brand new team. The coach expects out of goalkeepers as high standard as he does out of field players. The camp finished today, but I personally have things that I need to correct. So I take them back to my team and keep working hard to get invited to be part of this team again.

OKAMURA Kohei (SHONAN BELLMARE)
Today as the last day, we worked out aggressively in a setting more like actual matches as the summary of what we did on the first and second days. Even when things change dramatically, we stay aware of what we did for those two days. And even when we play aggressively, we make sure to execute the plays our coach expects. We felt our progress little by little and we shared that with everybody within the team. Me personally this is my first call-up to the national team activity and there were many things I was still unfamiliar with. But they all helped me and I could focus on playing. It was inspiring three days.

OSODO Nobuya (SHRIKER OSAKA)
It was short but very refreshing and intensive three days by getting more and more understanding of the new coach through practices and meetings. We still have to understand further and grow more, so even after I go back to my own club, I will maintain a high level of motivation and keep working hard. 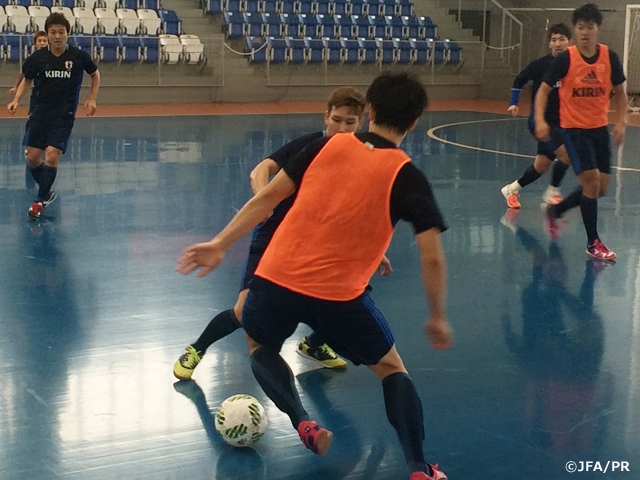