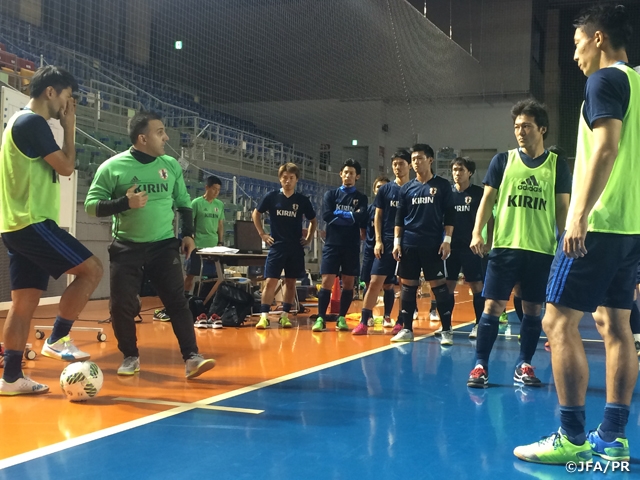 The Japan Futsal National Team short-listed squad training camp kicked off in Aichi prefecture on Monday 24 October. This is the first training camp after the announcement of Bruno GARCIA becoming the new coach. This time, five players have been called up for the first time: UEHARA Takuya, OKAMURA Kohei, MORIMURA Takashi, TAMURA Yuki, and MIYAHARA Yuki.

In the meeting prior to training, new coach’s perspectives and team tactics in the national teams were discussed, in addition to their training schedule. The emphasis was put on defence as they practiced later today. 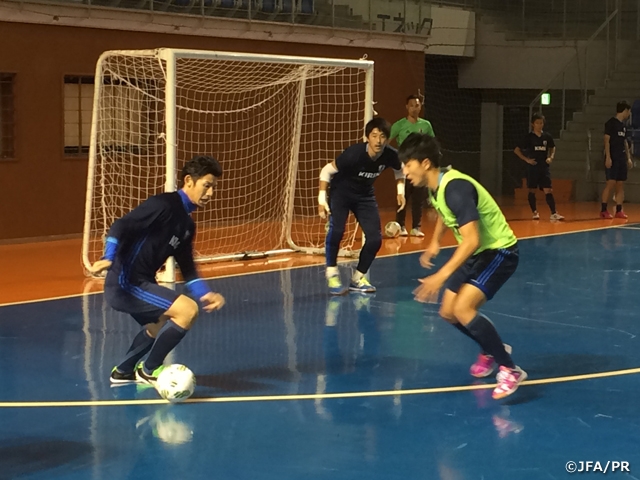 The squad started the training with brief warm-up exercises, and they moved on to shooting drills. In the two-a-side and four-a-side game-format practices, they changed the position of the goal and focused on defending under pressure and different circumstances. Coach Bruno stopped their play at times and gave detailed instructions on ‘defence under pressure’. The training lasted for nearly two hours, and the players practiced diligently trying to understand the vision and the style of football under the new coach. 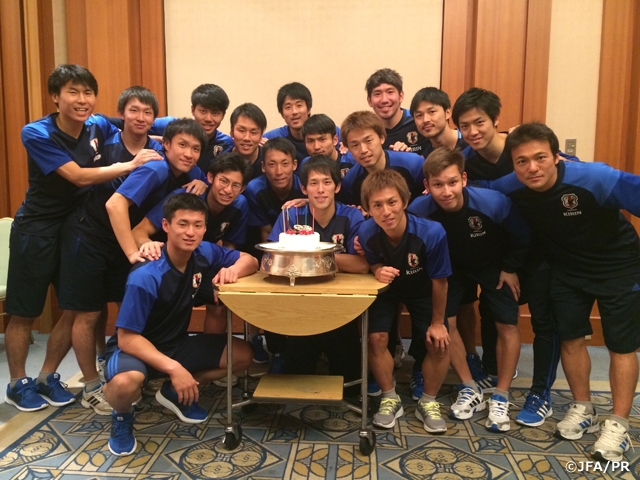 The Japanese National Futsal Team have finally begun training, looking to rise to the challenge of the Futsal World Cup in 2020.

MIYAHARA Yuki (ESPOLADA HOKKAIDO)
In the training today, we focused on pressing in defense. I was nervous since this was my first national squad camp, but I still manage to have quality training by communicating with the other teammates and correcting plays when necessary. Even though the time is limited, I want to improve as a player and get the most of this training camp.

SEKIGUCHI Yushi (NAGOYA OCEANS)
I am happy to join the newly-formed squad. This is a wonderful opportunity to practice and learn from the new coach. We are training for the 2020 World Cup, so I will do my best in order to secure a spot in the national team. I was very happy that my teammates celebrated my birthday today after dinner. I will keep a high level of concentration and work hard in the remainder of this three-day camp.

TAMURA Yuki (SHRIKER OSAKA)
I am proud to be called up for the national team for the first time, and I also feel grateful for the ones who supported this training camp. We started the day with a team meeting, where coach Bruno discussed about the direction of the national squad and his perspectives of futsal (especially defence).What impressed me during the meeting was when he told us: ‘it is difficult to score, but it is easy to steal the ball from opponents’.

In the training sessions, we checked on defence carefully in 2-on-2 and 4-on-4 exercises. Personally, I need to understand the demands of the new coach and work as hard as I can in the remaining two days of the camp.