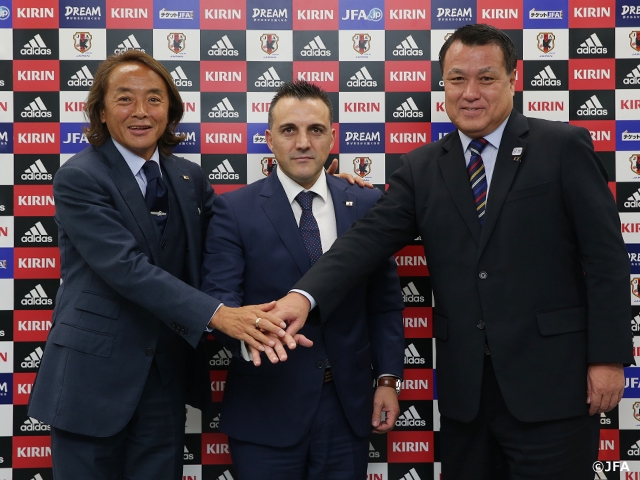 In the beginning, Tashima made a positive comment: “I believe that we are welcoming a very suitable Coach for the team to start the new journey.” Kitazawa stated the reason why JFA selected him: “He is the person who is able to support us in terms of empowering the team as well as developing Japanese coaches. We also appreciated his ability to help us to promote the license system.”

The 42-year-old Coach Garcia has coached club teams in Spain and China after his retirement from playing in 1999, and he has also coached the Peru National Team. From 2014, he coached the Vietnam National Team and the team won the 4th place in the AFC Futsal Championship 2016 and qualified for the FIFA Futsal World Cup for the first time in Vietnamese history. He led the team up to be one of the top 16 teams in the World Cup held in Colombia.

The new Coach talked about his vision: “It is important to make the National Team strong but that is not enough; strengthening the team, developing coaches who will support the futsal environment, and disseminating futsal more for futsal players. These 3 aspects are very important to interact with each other and it is a project.” He also commented on his short-term target: “Qualifying for the top 3 teams in the next AFC Futsal Championship. I want to lead the team to win the ticket to the next World Cup improving the level of the team. ”

In the end he expressed his passion to get back the team’s supremacy in Asia and to qualify for the FIFA Futsal World Cup in 2020 by saying: “From now on, I promise that I make a full support for the players, supporters, referees, and media. Every effort I make is for Japan to get back to where they should be or to go even further. I am full of ambition with the belief that I can definitely make it.”

The Japan Futsal National Team will start their activities with the new Coach with a training camp of short-listed squad members in Nagoya, Aichi prefecture from 24th to 26th of October. 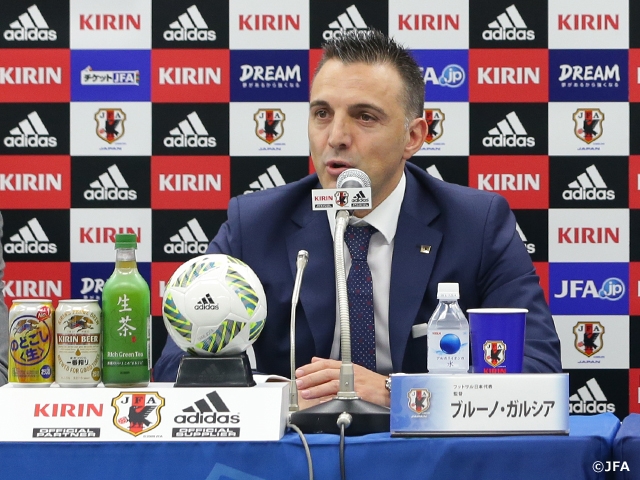 Bruno GARCIA, Coach of Japan Futsal National Team
I am very happy to receive this offer from the JFA. As a Coach, what is important is to have a big vision in what you do. I am now filled with ambition being attracted by the vision that was shared with me. I think Japan had taken a leadership in futsal in Asia for the past 8 years. I am honored to be selected by JFA, appreciating the level of Spanish Coaches and his strengths in making a new trend.

TASHIMA Kohzo, President of the Japan Football Association
It is a shame that we could not qualify for the FIFA Futsal World Cup in Colombia this time. Our Futsal Committee worked hard on selecting our new Coach Garcia by appreciating his approaches that lead the Vietnam Futsal National Team to qualify for the top 16 teams in the World Cup. JFA is happy to offer full support to make his works effective.

KITAZAWA Tsuyoshi, Chairman of JFA Futsal Committee
I am happy to announce this news today. In selecting the Coach, Research Committee which is led by futsal director KONISHI discussed what we need to do to reach the target that we have to aim for. Surely the important thing is to strengthen the team; the reality is that the team could not qualify for the World Cup even though they had the necessary strengths. We also though about what type of coach we need to take over the squad of players we have. I am sure that we have selected the person who is happy to work with us with good understanding about what we want to achieve in the future. 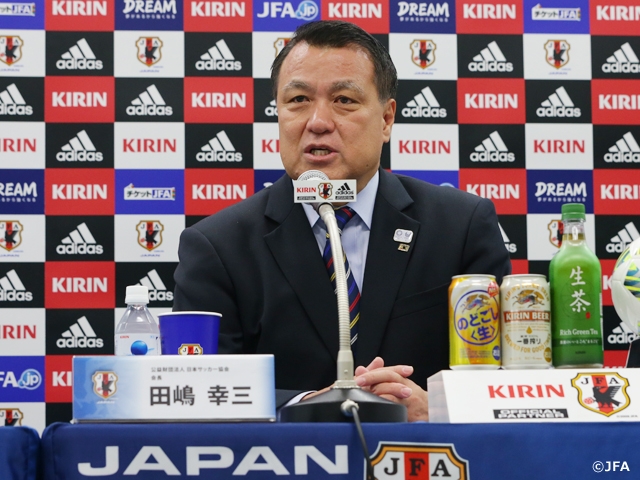