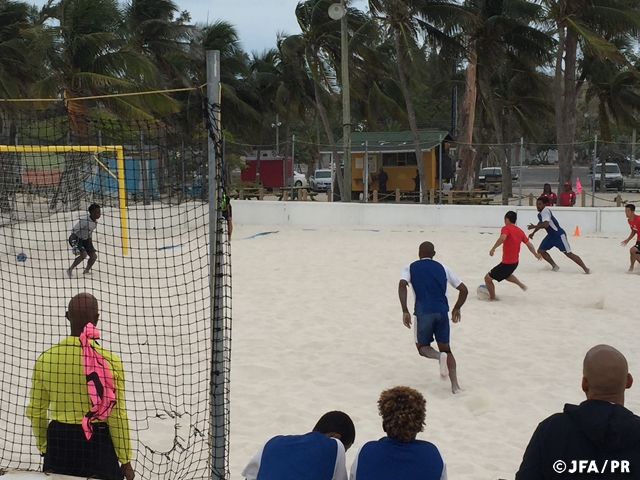 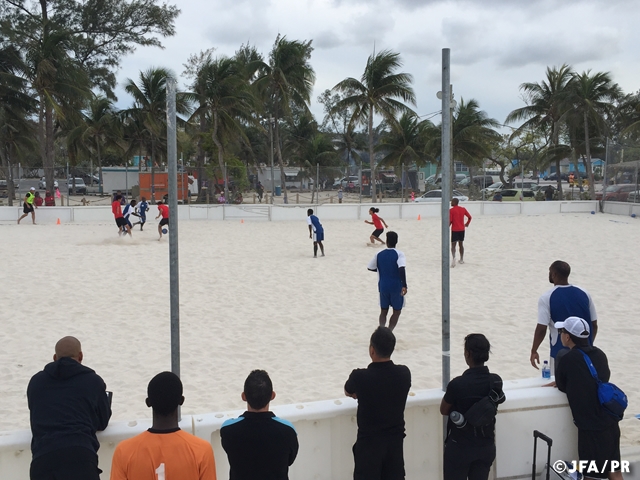 Japan took the kick-off at 18:00. Although Japan aggressively attacked from the beginning of the match, they let the opponent strike the opener with a long-distance shot from a counter-attack in the third minute. After five minutes, however, GOTO Takasuke managed to level the game through a scramble in front of the goal. Despite the fact Japan conceded another in the ninth minute, they struck goals in the 10th and 12th minute and turned the match around. They scored one more just before the first period ended. The game went in to the second period at 4-3.

Just after the second period started, the goalkeeper KAWAI Yusuke struck another, stretching their lead to two goals. Japan conceded a goal soon after their shot, but MOREIRA Ozu scored directly from a free kick, which was taken quite a distance from the goal, in the 23rd minute. Then OBA Takaaki struck a goal in the 26th minute, followed by GOTO’s shot in the 28th minute. SUZUKI Masato added more insurance just before the second period ended, and the game went into the third at 9-4.

During the third period, the team struggled to create many goal-scoring opportunities. After 47 minutes, YAMAUCHI Shusei found the back of the net through a combination in front of the goal. Japan won the game 10-4.

The team will hold training sessions on Saturday 22 and Sunday 23 April, followed by a practice match on Monday 24 April against Switzerland, one of the strongest countries in Europe. 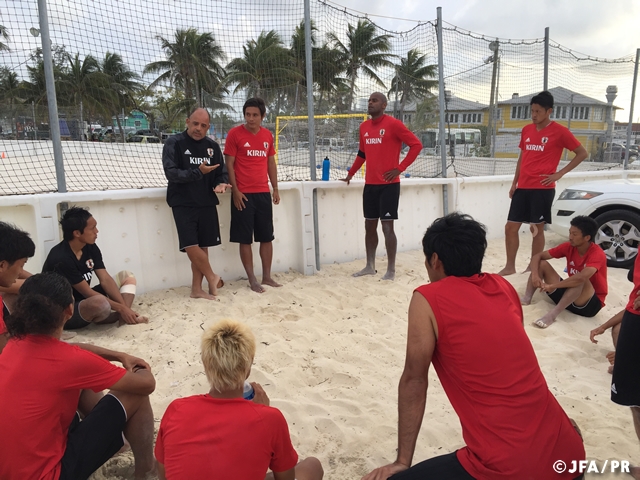 FP #3 HARAGUCHI Shotaro (Tokyo Verdy BS)
We learned what we needed to do in defence by conceding goals in the first period. However, we could improve on them from the second period, scoring through various attacking patterns. I believe that we’re forming a good team. The next match will be against the Switzerland national team. So we’d like to perform well as a united team, getting ready for the opening match of the championship against Poland.

GK #1 TERUKINA Shingo (Ryukyu Erythrina)
We could go through tactics and combination during the practice match in preparation for our first game in the World Cup against Poland. It was good that we managed some goals through the combinations we’d been working on. In terms of conceding goals, however, it happened through counter-attacks and mistakes in passing. The same situations can happen in the coming match against Poland, and we need to fix our problems swiftly. If we improve them, we’re one step closer to beating Poland. So I’d like to work on them through communicating well with others.