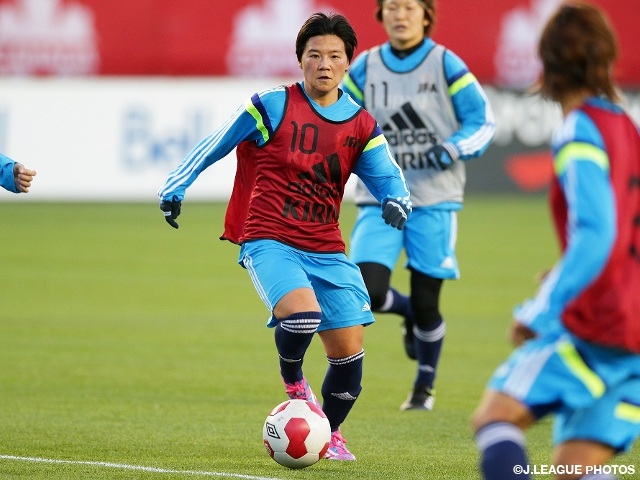 Nadeshiko Japan held a practice session at the stadium in the afternoon in preparation for the coming two friendlies against the Canadian women’s national team on 25 and 28 October (on 26 and 29 October Japan Time). Among the 21 players, eight have participated in both the Asian Cup (in May) and the Asian Games (in September). Many other players have joined for the first time since the previous Algarve Cup in March. Sameshima, who had a break due to injury, returned to the national team after a long interval. During two practice matches, each player checked their movements as a team and displayed their progress in a lively atmosphere. Just like they usually do, after the matches Nadeshiko Japan exchanged their opinions in detail in the changing room. 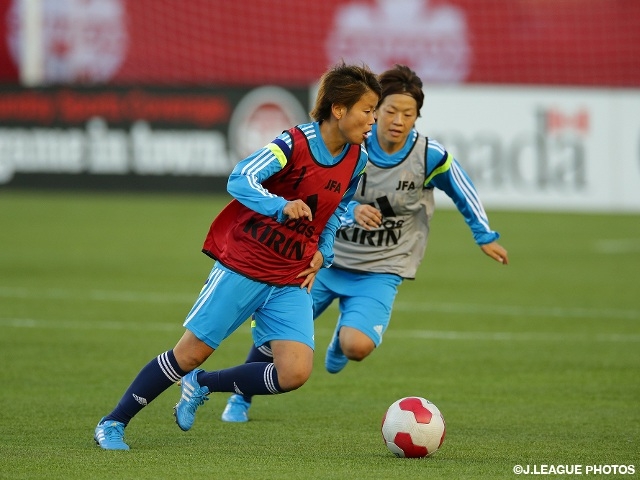 TANAKA Asuna（FFC Frankfurt/Germany）
I really enjoyed playing as a member of the national team. I was perhaps a bit too late in releasing the ball before, which used to be my weakness, but I think I improved it by practicing in Germany. Although I haven’t got too many opportunities to be on the pitch in my club team, I’m in a good condition and able to play thoughtfully. I’ll do my best to contribute the team.

SAMESHIMA Aya（Vegalta Sendai Ladies）
It’s been a while since I played as a member of Nadeshiko Japan. Although during my rehab it took a long time to even start thinking about playing for the national team, this tour in October has always been my aim. So I have achieved my first aim, even though I’m not yet in the best condition after my injury.
After playing with others, I think the defenders have to work on reviewing what we’ve been practicing. We watched our playing video together in order to adjust small things, which can be done in a short period, including learning the distance between players. I’d like to play my style and aim at becoming champions again after we achieved this four years ago.

NAGASATO Asano（Turbine Potsdam/Germanuy）
I’ve always been ready to join the national team, when I play abroad. I feel I am in better physical condition and stronger than before. As everyday I play against the players, who are bigger than me, it’s vital to get into better positions. We only have a limited time to practice together here and it’s essential to find how I can contribute to the team. With eight month to go before the World Cup, we can’t waste a day. I’d like practice harder when I’m back to my club team in order to improve myself even more. 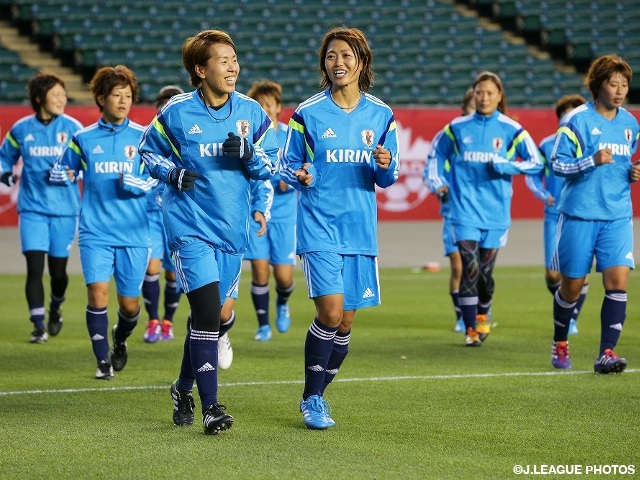