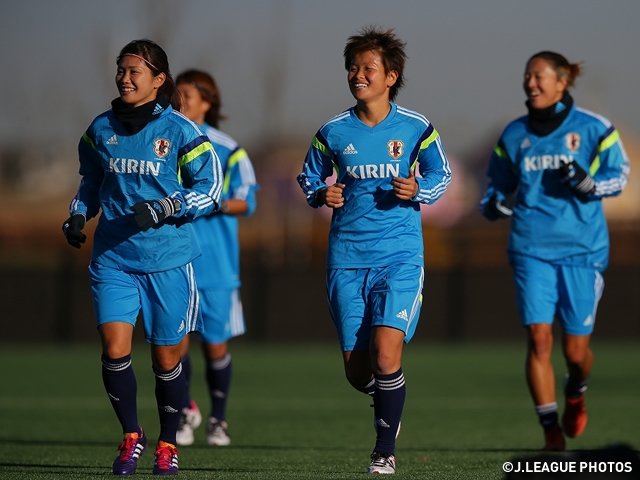 Nadeshiko Japan started training camp in Canada for two of international friendly matches against Canada Women’s National Team. The squad left Japan on 21st October and joined the players who play in European clubs at Edmonton. On 22nd the next day, twenty players except Iwabuchi who delayed in joining the team due to her flight, took part in first training.
The players tried to get used to the place by aggressively doing exercise in the morning and afternoon as they are tired for time difference and a long flight. Following 15 minutes of jogging in the morning, they held light programs of kicking and passing. The training was started to check the feeling and ball reaction of artificial turf in the training venue which was set up for FIFA Women’s World Cup.
The temperature was not that cold at 14℃ but sometimes chilly wind blows and the weather makes you want to find a coat. In the afternoon, they worked on the menu warming up using ball and game-format practice for an hour and half.

This Canada tour presents an excellent opportunity to make various simulations in the place of the World Cup including the game against Canada Women’s national team, beefing up the squad as hosting countries. ”I want to make strongest team for the FIFA Women’s World Cup next year. I am in the process of selecting best members as I drawing the big picture. Playing in overseas is not automatically translated as Nadeshiko Japan member. I want to turn severe eyes on them and I tell you what this tour is going to be a chance for me as well as players.” said head coach Sasaki. 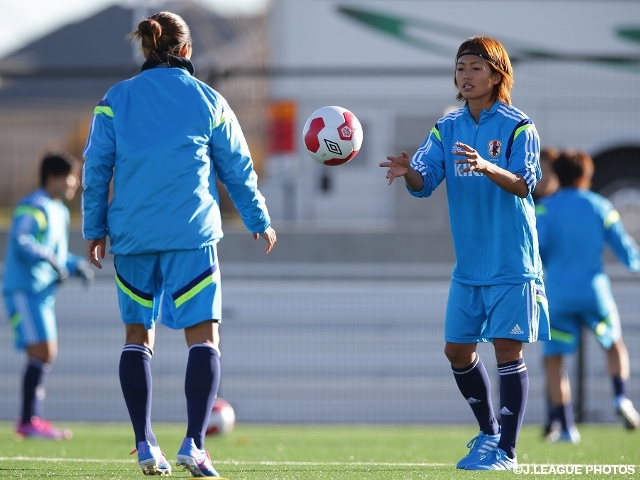 FW   OHNO Shinobu (Arsenal Ladies FC/England)
This is a good preparation for the Women’s World Cup to play game against hosting country and I want to show good performance for not wasting time. I think we have to make it a good game to bring about something productive for us. I want to express about my experience of playing in England on the pitch, for example eagerness for scoring goal, rather than in words. It will be just a matter of time before the Women’s World Cup. In order to be selected, I know I have to do something meaningful in Nadeshiko Japan and the club.

DF   KUMAGAI Saki (Olympique Lyonnais/France)
I am really happy to meet everybody after long time and I guess it is important to get this kind of atmosphere. I am putting emphasis on the strength of one-on-one. Understanding never losing one-on-one definitely leads to superiority of 11-on-11, I want to demonstrate this competitiveness in the training as well as the game. This means a lot to play in the same pitch and the same venue as the Women’s World Cup next year. There won’t be many occasions to meet national team members together before that tine and I want to get focused and work out to see how much we can get something out of it. 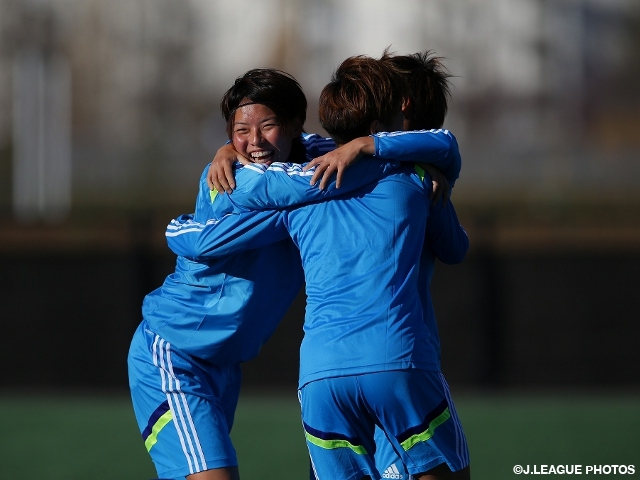