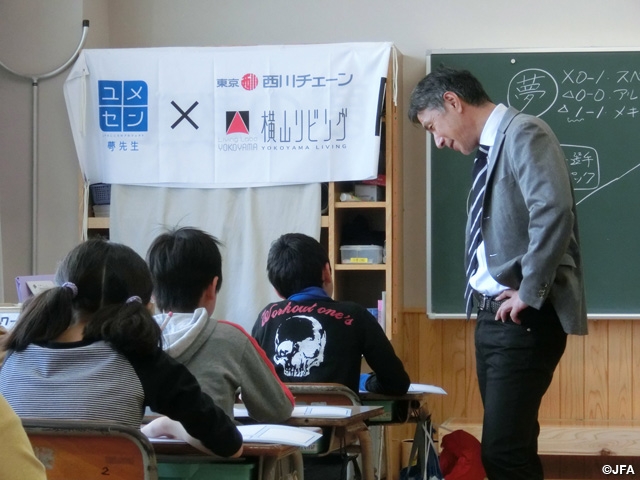 "Dream Class" in Kuroiso was held with cooperation from Nishikawa Sangyo Co., Ltd., a supporting company for the project. MIZUNUMA Takashi, a former Japan National Team member, served as a "Dream teacher." (picture above)

In Toyooka, SHIBATA Ai, a former swimmer, served as a dream teacher. (picture below) 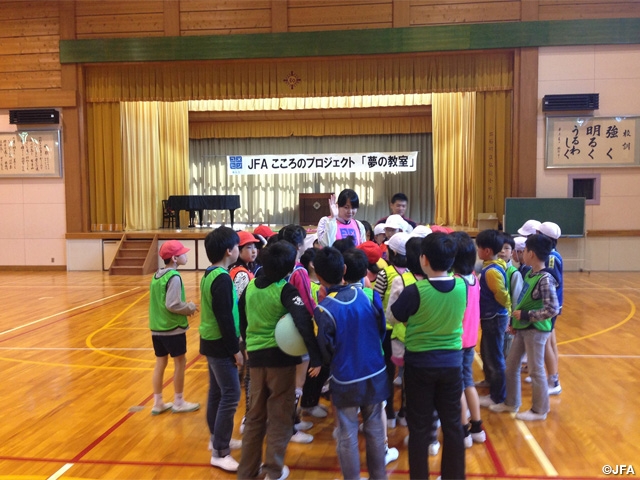