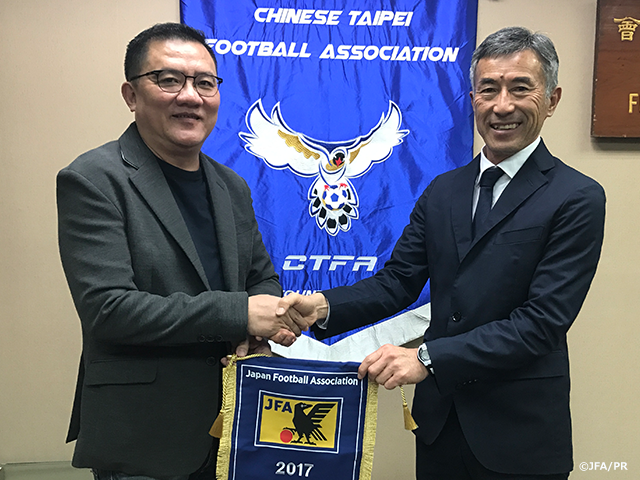 The Japan Football Association dispatches coaches to Asian countries in order to develop football in the region. In this article, we will introduce a coach, who was newly dispatched to Chinese Taipei as Technical Director.