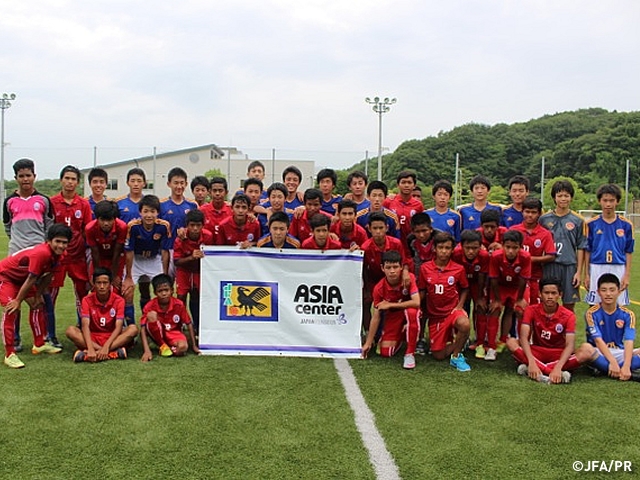 The U-15 Cambodia national team held a training camp in Miyagi from Sunday 5 July to Monday 20 July. IKI Yusuke was dispatched from Japan to become the coach of the Cambodian Academy in 2014 as a part of the Asian Project, which was supported by JICA (Japan International Cooperation Agency), Vegalta Sendai, and the Japan Football Association. This time he visited Japan as the coach of the U-15 Cambodia national team.

The players played numerous practice matches against Japanese players, who were physically bigger and speedier than them, so that they could learn swift passes and counter-attacks in space through repeated practices. The team got ready for the coming championships.

The team paid a visit to disaster-affected areas, went sightseeing in Matsushima, and attended a J.League match as ball boys during their free time, which were memorable moments for them. They were also interviewed by a local newspaper publisher after paying a courtesy call to the deputy governor of Miyagi and a large article appeared the following day, which made the players proud of themselves.

This training camp is part of the arts and cultural exchange programme for ASEAN-member countries, which is supported by the Japan Foundation Asia Center. The Japan Foundation Asia Center creates opportunities to exchange art and culture between Japan and other Asian countries under the slogan of ‘WA Project: Toward Interactive Asia’, co-hosting many events with other organisation such as the JFA. 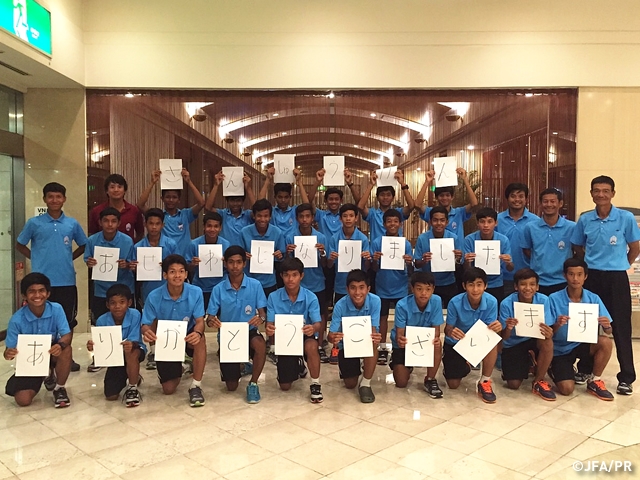 IKI Yusuke, Coach
We could prepare ourselves well during the camp in Miyagi for the coming AFF U-16 Youth Championship, which will be held shortly after our return to Cambodia. If you only look at the result of the games four losses and one draw, it doesn’t sound good.

However, I saw the improvement in the players’ techniques, understanding of strategy, and physical and mental strength compared to the previous Japan tour lastyear. The players had a great experience on and off the pitch, including having practice sessions at Miyagi Stadium, communicating with Vegalta Sendai’s players, attending Vegalta Sendai’s match as ball boys, as well as joining a practicesession of the U-14 Vegalta Sendai.

They also paid a visit to the disaster-affected areas, and went sightseeing in Matsushima. I’d like to support the players, so that they can improve themselves through what they have experienced. Finally, I’d like to show my appreciation to all the staff of the Japan Foundation Asia Center, the Japan Football Association, the Miyagi Football Association, and Vegalta Sendai, who supported us hugely.

Please keep your eyes on the development of Cambodian football.

KIM Pheakdey, Assistant Coach
It was a great experience for us to use an excellent environment, such as the Miyagi Stadium, during the camp. I really appreciate all the support from the staff over the past two weeks.

VANNY Lath
All the players have experienced various things during the camp in Japan. One ofmy best moments was attending Vegalta Sendai’s match as a ball boy. I learned such a lot, including the strategies and players’ movements of a professional team. I was also impressed with the supporters’ enthusiasm and cheers for the home and away teams. 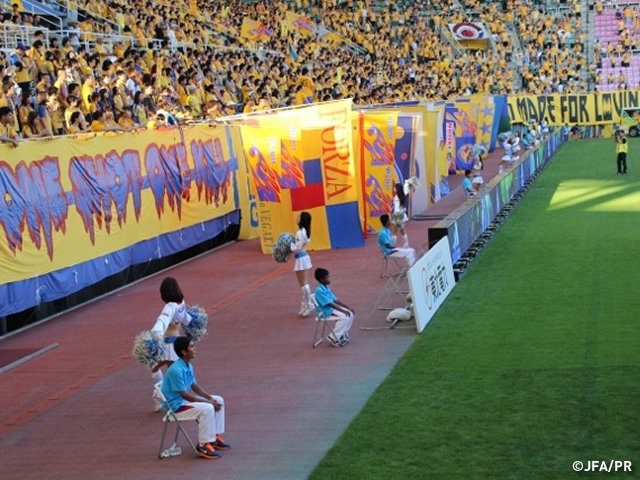