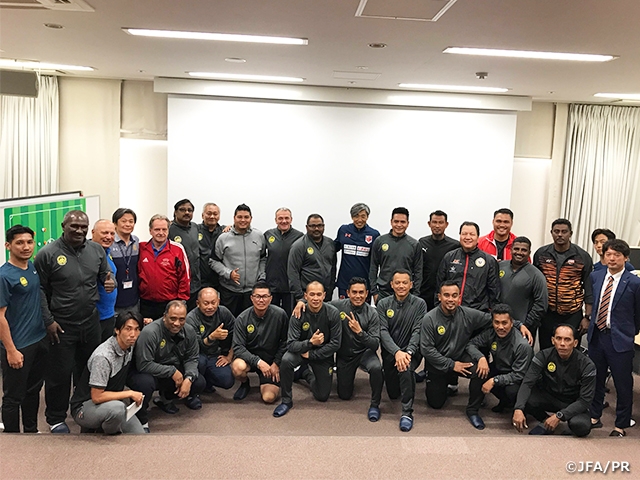 From 2 to 13 October, Football Association of Malaysia hosted a club attachment module for the AFC Professional Football Diploma Coaching Course in Osaka and Saitama.

The AFC Professional Football Diploma Coaching Course is a programme to obtain the highest level of coaching licence issued by the AFC (equivalent to JFA class S licence), and the course consists with five modules. This course held in Japan covered the fourth module, which emphasised the theme of club attachment. 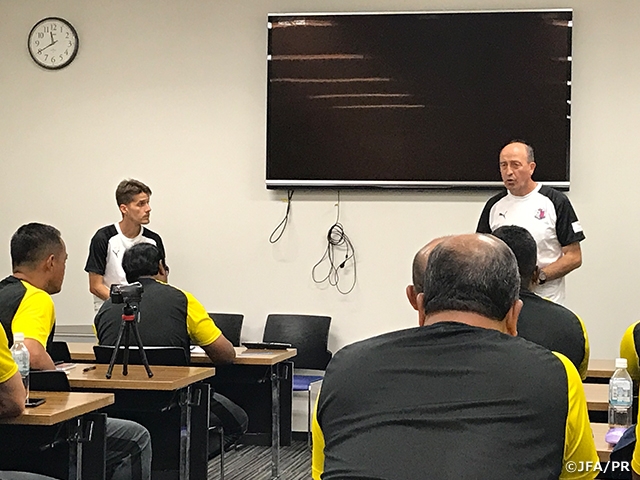 With the support of Cerezo Osaka and Omiya Ardija, the participants were given the opportunity to analyse the actual training sessions and matches conducted by the top and youth teams. Through the discussion sessions with the club staffs, such as the coach and general manager, the participants learned how each team prepares for a match, how coaches should behave, and what it means to be a professional club. 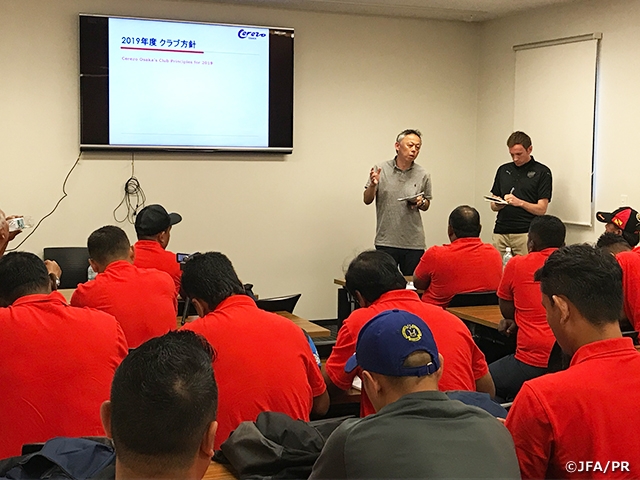 The participants were originally scheduled to observe the matches of the two clubs, but Omiya Ardija's match was postponed due to the effect of the typhoon. While observing the match, the participants analysed how the team's daily training sessions were implemented into their matches and how it influenced the players. During their stay, the participants were also given the opportunity to watch the Japan National Team play in the second round of the FIFA World Cup Qatar 2022 Asian Qualification.

Matches observed during the course:

Flemming Mark SERRITSLEV, UEFA Technical Instructor
I would like to thank JFA, Cerezo Osaka, Omiya Ardija, and everyone who was involved to hold this AFC Professional Football Diploma Coaching Course in Japan. Despite the sudden change in schedule, the meals were prepared with perfection, and the warm hospitality allowed the participants to focus on the programme, which ultimately allowed us to conduct a very productive course. With this course covering the club attachment module, we were given the opportunity to visit and observe two clubs, Cerezo Osaka and Omiya Ardija. Both clubs' coach, technical directors, academy directors took their time to provide us with materials in English and held thorough presentations for us, and we are so grateful for their hospitality. Through our observation, it was clear to see that each club has their own principle, culture, and future vision, and that their player development is all based on those set of qualities. Most of our participants were coaches from teams at the top league of Malaysia and they were given the opportunity to learn from the professional football clubs of Japan, who we consider as the leader in Asian football. The participants were especially being inspired by the fact that the coach and staffs were constructing detailed plans for the team's victory on a weekly and monthly basis. I personally have visited Japan as an assistant coach of the Denmark National Team during the World Cup in 2002, but since then, Japan has shown rapid development, which is something very remarkable. Japanese people are very disciplined and dedicated to whatever they do. There is no doubt that those traits are helping Japanese football to reach higher standards. I would like to once again express my sincere gratitude towards everyone who has supported us to conduct this programme.

David ABELA, FAM Head of Coach Education
First of all, I would like to thank JFA and everyone who was involved to make this course possible. As the Head of Coach Education at Football Association of Malaysia, I am in charge of various programmes to develop and heighten the quality of coaches in Malaysia. We spent the first week at J-Green Sakai in Osaka, where Mr. Hoshihara of JFA National Training Centre supervised our course and gave lectures on the Japanese development system and key attributes as a coach, which allowed the participants to gain precious insights to become a better coach. During our stay, we were given the opportunity to observe the B-Licence Coaching Course, which was also taking place at the same facility we were staying at. This course has made me reinforce the importance to develop high quality coaches in order to heighten the overall level of Malaysian football.

Devan S/O E. KUPPUSAMY (Participant)
I would like to thank everyone who has allowed us to conduct this AFC Professional Football Diploma Coaching Course. Upon visiting the clubs in Japan, as the top team coach at a Malaysian club, I focused on observing how the coach and staffs prepared their team ahead of the match. We knew when these clubs were scheduled to play, so I took a close look on how they approached their players and how they prepared their training menus according to their game schedule. Although the teams had their match in a few days time, we were given the opportunity to ask questions, where they utilised videos to give us thorough explanations on their tactics, which allowed us to learn so many new things. I will take home this experience and implement these new knowledges to help improve my team. 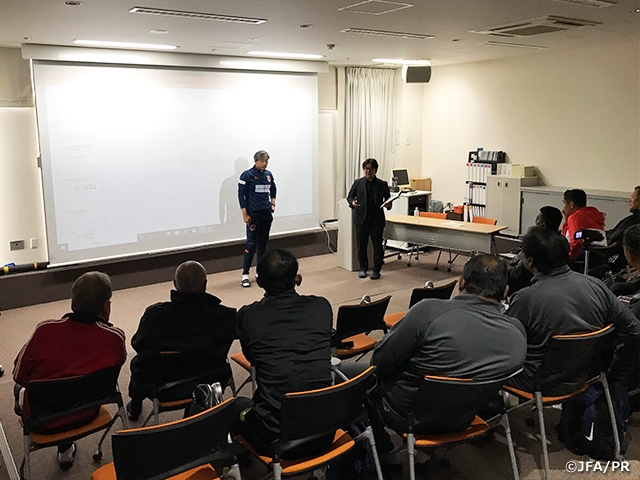