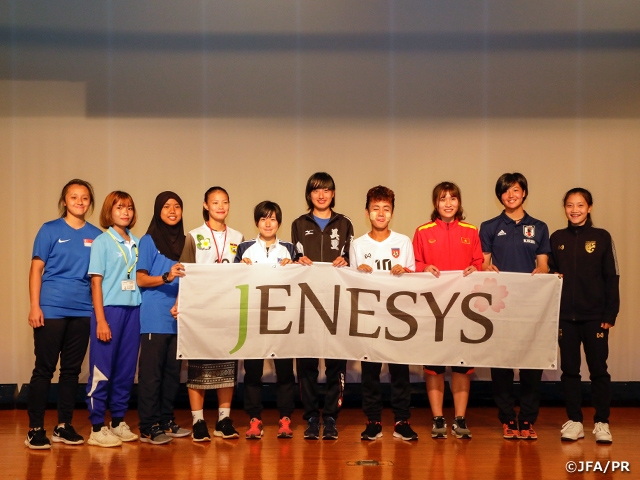 The JENESYS 2018 Japan-ASEAN U-19 Women Football Tournament which began on Saturday 2 March at Yomitan Village, Okinawa, concluded its activities on Wednesday 6.

Although the matches scheduled on the final day were cancelled due to inclement weather conditions, intense competitions were on full display until the day before. Towards the end of the tournament, the players were more conscious of their rankings and played even harder to earn more points.

Many of the participating players have commented that they were able to interact with players from other countries and gain many experiences through the tournament and the programme, showing that they have spent a productive time here in Japan.

On the evening of Wednesday 6, an exchange meeting was held where all the teams participated, and the players were seen having a relaxing time with many shared laughter. During the meeting, the Winners’ Trophy was presented, and the U-19 Japan Women's National Team also gave out jerseys of the Japan National Team to each of the participating teams. 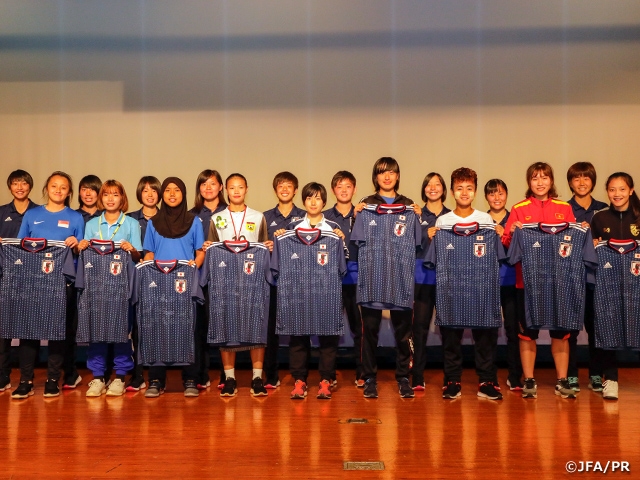 NURUL AZURIN BINTI MAZLAN (U-19 Malaysia Women's National Team)
Through this programme, I was able to learn about the culture of Okinawa and Japan. I was also able to interact with players from other countries and learn about their countries’ cultures as well. Japan is a very advanced and wonderful country. I hope to revisit Japan in the future. The matches gave me the opportunity to gain precious experiences. I was able to find out that there are many players in my age group with very high-level techniques and learn from their plays.

LUTFIAH HANNAH BINTE NAZRE (U-19 Singapore Women's Select Team)
During the sightseeing programme, we visited the ruins of Zakimi Castle, and it was great to learn about the history and culture of Okinawa. The football fields in Okinawa were maintained in such wonderful condition, and I was given a precious opportunity to play on natural grass. Through the matches I was able to learn the level of football and the world standards from other players of my age.