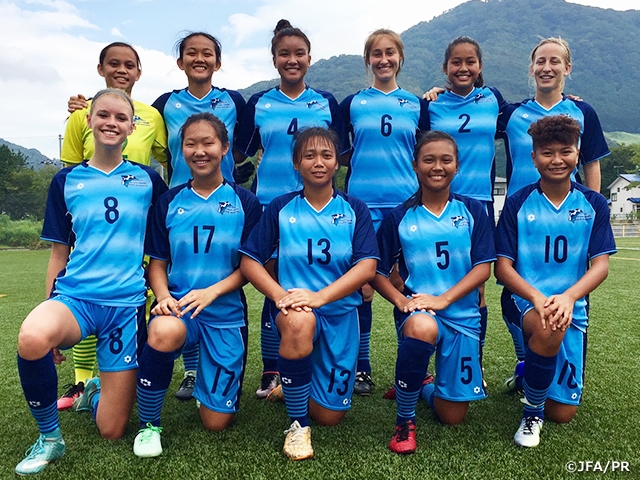 The camp was held in preparation for the first preliminary round of the EAFF E-1 Football Championship, which starts on Sunday 2 September in Mongolia. The team was seen devoting their time to strengthen the team as they conducted two training-matches during their stay.

The team was also given the opportunity to interact with the local members through live experience to wear a Japanese Yukata during their stay. 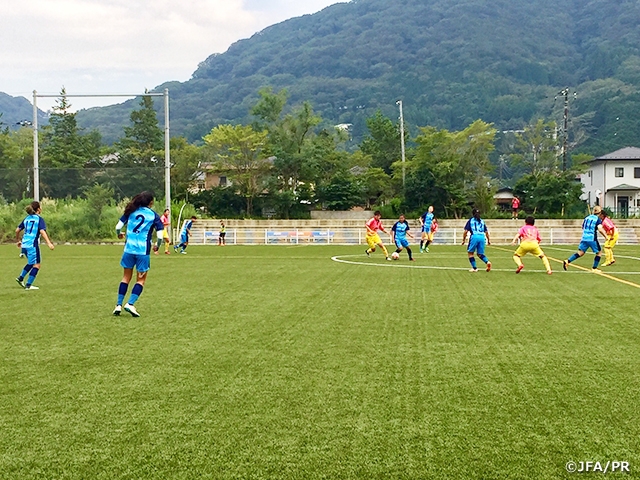 Luam Khen Koo, Coach
This is our second year in a row to hold a training camp in Seisa, but this was perhaps the best camp I have ever experienced. The environment was wonderful, and the meals served here were delicious. The training field was located right in front of our rooms and everything was so convenient at this camp. The teams we faced in our training matches showcased a great level of play, especially considering our usual standards of play. We are always eager to learn from Japan, because the level of football in Japan is so much higher than what we see in Northern Mariana Islands, and in my mind their women’s football is at the top of the world. One of the main reasons why we conducted this camp was because we have very limited competition in Saipan. Not only do we lack teams to play against, we needed teams that can play with higher levels than us in order to heighten the team’s overall level. And ahead of the EAFF in Mongolia, we figured that it will be in our best interest to hold the camp in Japan and play a few training matches there. We really appreciate the JFA and the Seisa Sports Club for all their support in preparation and during the camp. We are sincerely thankful. Personally, I am so grateful to be given the opportunity to visit Japan, and I am looking forward to coming here again.

Janelle Chojnacki, Team Captain
First of all, I’d like to address that it is very important for us as the Northern Mariana Islands National Team to face foreign teams, especially because in Saipan we were only able to conduct a match against the U-16 team ahead of this tour. It might have given us the opportunity to work on our ball control, but our goalkeeper only faced one shot in that match, and we lacked the opportunity to challenge ourselves. During this camp we only played two matches, but our defence line including our goalkeeper faced many tough situations during that two matches, so it gave us a great opportunity to practice. Our coach has told us to keep our plays simple and the Japanese teams were doing exactly what we wanted to do. Despite them having dominating techniques, they keep their plays simple which allows them to possess the ball well and ultimately lowering their chances to lose the match. Seeing their plays in first hand gave me a valuable experience. Ahead of our first match, we held a meeting for an hour with just the players where we told each other what our goals were for both the team and as an individual. We expected the training matches to be difficult for us, but we also understood that winning the matches were not our ultimate goal for this training camp. We were exhausted after the matches, but it gave us a very productive learning experience. The players of the opposing teams were very nice people, as they approached us with a friendly demeanour after the match, and I am very thankful for them.

Krizel Mae Antonio Tuazon
After this training camp, we will face Guam, Mongolia, and Macau at the EAFF Championship. The teams we have faced during our camp were very strong and despite losing the matches, we managed to prepare ourselves well ahead of the EAFF Championship, and I think the team is in great form now. Our stay at the Seisa Hakone Sengokuhara Sports Club was very productive. The training field was right there for us and the hospitality was wonderful, as everyone was so kind to us. We will be staying at a hotel in Mongolia, but the fact we were given the opportunity to prepare ourselves in a relaxed environment like this has given our team a chance to strengthen our bond. I would once again thank the JFA, Seisa Hakone Sengokuhara Sports Club, and the teams who we played against for supporting our training camp. Thank you very much. 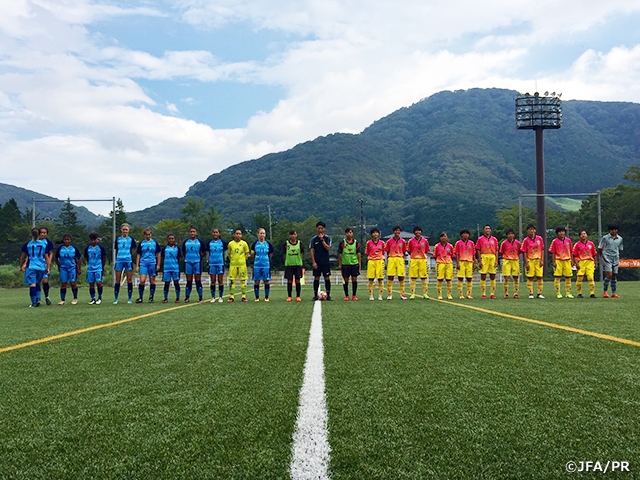