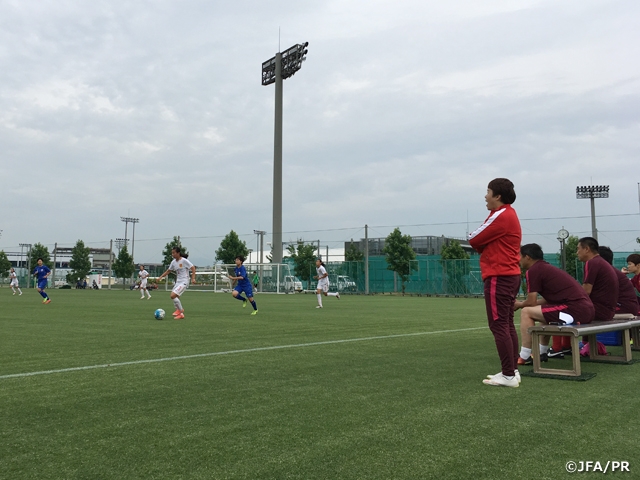 U-14 China Women's National Team held a training camp for twelve days from Sunday 18 to Thursday 29 June at J-GREEN Sakai in Osaka. During their camp, the team played five training matches against the Japanese women’s teams and their results were two wins and three losses. Since it was a long stay, they went sightseeing in downtown Osaka and Universal Studios Japan, had barbecue and other recreational activities to refresh their body and mind. It was indeed a fruitful training camp. 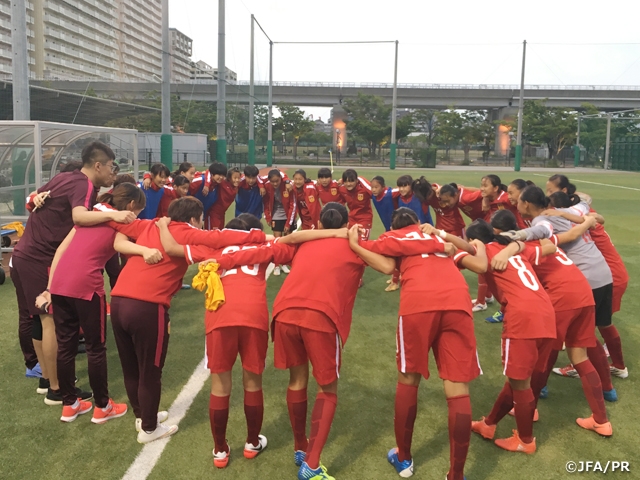 ZHENG MAOMEI, Coach
It was a productive training camp for us. Next time, I would like the Japanese team to hold a camp in China. We will always welcome them. Facilities in Japan were excellent and I was surprised to see the little children handle the ball carefully. In China, I don’t think even the children of a certain age can kick the ball well. In the training matches at the beginning of the camp we had difficulties in grasping the playing style of Japanese teams, however after two games we were able to cope well with the passing and dribbling of our opponents. We hope that both Japan and China cooperate to each other for further development of football.

SHI XIAOMIN, Captain
We achieved a lot in this training camp. All the players of the Japanese team were fast and their positioning was quite accurate. Facilities were excellent and we were able to hold a camp in a wonderful environment. We really enjoyed sightseeing on the rest days as well. I would like to come back to Japan for another camp. The number of pitches and the people involved in football were much more than in China. I was overwhelmed by their energy. 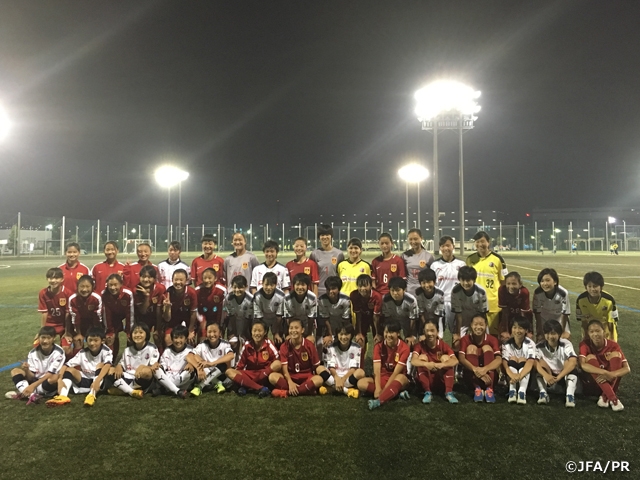