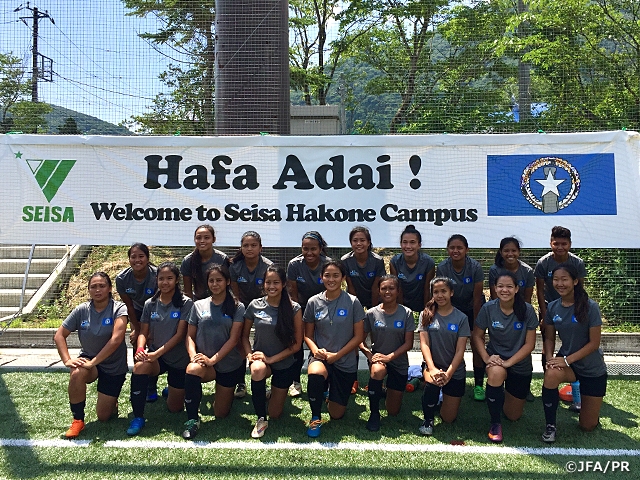 Northern Mariana Islands Women’s National Team held a training camp from Wednesday 21 to Sunday 25 June at the Seisa Sports Club in Kanagawa Prefecture. Technical Director, MITA Michiteru, who is currently working as an overseas dispatch of Official JFA Licensed Coach in the Northern Mariana Islands, accompanied and aided their stay in Japan. The main objective of this camp was to understand the current level of their football and capitalise on this experience to further strengthen the team. During their stay, the squad had three training matches against the Japanese women’s teams. 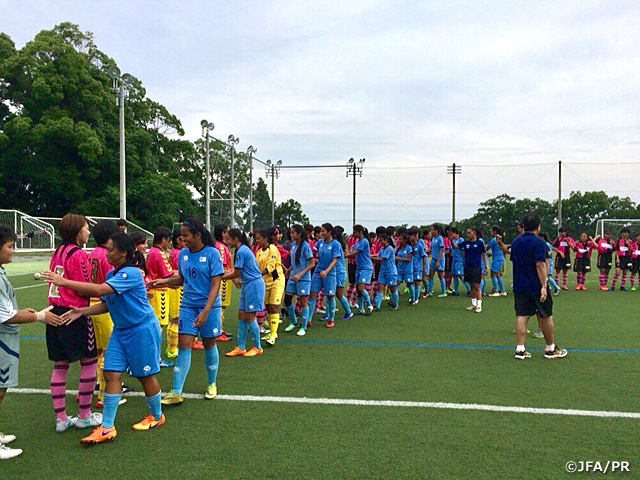 Luan Khen KOO, Coach (Northern Mariana Island Women’s National Team)
This training camp was aimed at having my players experience the level of women’s football in Japan who became the world champions in 2011 and the environment they are playing in. Only by participating in the tournaments organised by the Asian Football Confederation or the East Asian Football Confederation, the Northern Mariana Islands have the chance to compete against overseas teams. Having spent time together in Japan where the facilities and accommodations for playing football are excellent will definitely be a plus for strengthening our national team.

The Northern Mariana Islands are very peaceful and the time passes by slowly. We spent a wonderful time here by experiencing foreign culture that we cannot normally do. I would like to thank the Japan Football Association and the Seisa Sports Club for organising and hosting this training camp. I am looking forward to revisiting Japan in the future as well.

Chloe, SALVOSA, Captain (Northern Mariana Island Women’s National Team)
I'm grateful to the Japan Football Association and the Seisa Sports Club for giving us a warm welcome during our stay. Meals and pitch conditions were excellent and there were national flags of the Northern Mariana Islands everywhere in the lodgings. I am very pleased that we were able to hold a training camp in a homelike atmosphere.

During this training camp, we competed against many strong teams and were challenged to our limits. My impression of the Japanese teams we faced was friendly regardless of the results. We learned many things just from playing against them as well. Even at their young age, the level of technical skills was quite high and they had plenty of experience in football. I believe we can use them as our role model to strengthen our national team. I also felt the need to work even harder and improve myself as well.

MITA Michiteru, Technical Director (Northern Mariana Island Football Association)
For the Northern Mariana Islands Women’s National Team, this was their first training camp in Japan. We were able to hold a productive training camp thanks to the warm welcome of the staff of Seisa Sports Club and the people of Hakone City. The purpose of this training camp was to prepare for the tournament of the East Asian Football Federation to be held next year and experience the women’s football in Japan to strengthen the team further while improving the skills of each individual player. It was a great accomplishment that we were able to learn their technical level, their attitude towards playing football and the importance of team play. I would like to express my gratitude to the coaches and players of Japanese teams and the staff of Seisa Sports Club. 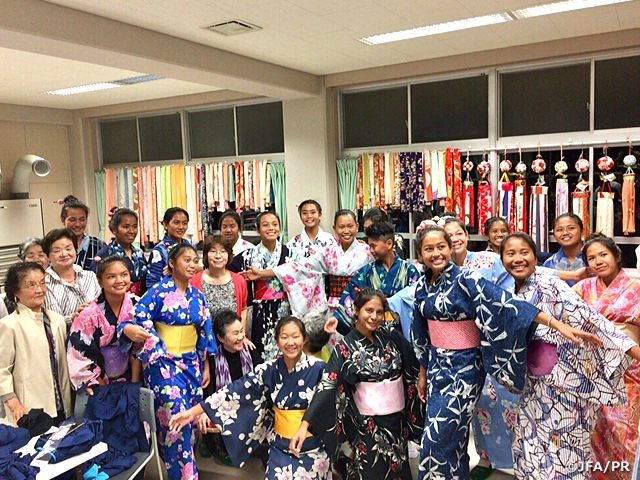