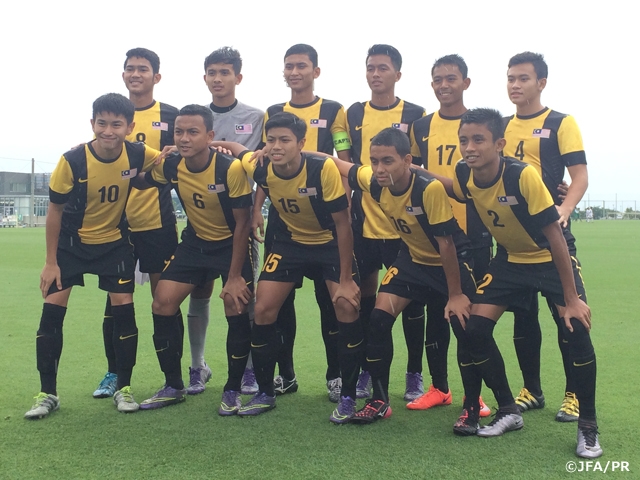 The U-16 Malaysia National Team held a nine-day training camp at J-GREEN Sakai in Osaka from Thursday 23 June to Friday 1 July. They played four training matches during the camp in order to strengthen the team in preparation for the 2016 AFC U-16 Championship in Goa, India in September.

On 29 June, the players also went sightseeing in Osaka city, including a visit to Osaka Castle, and had an enjoyable, relaxing time. 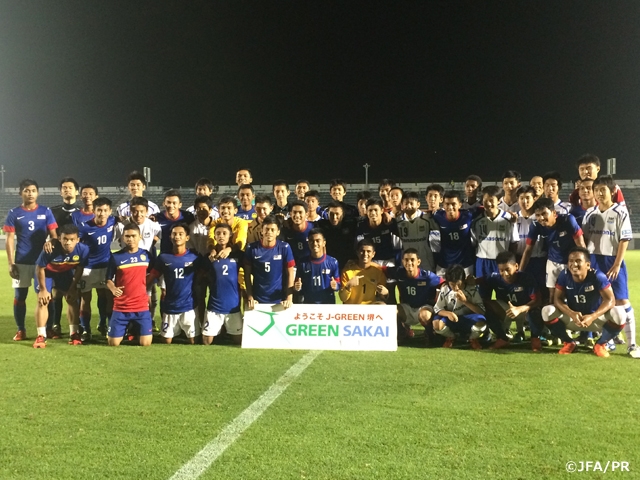 Siti Zuraida Bt Mustafa, Team Coordinator
I was really pleased with the warm welcome from the Japanese staff during our stay. As the hotel was very comfortable, and the condition of the pitch was excellent, we could focus on playing football. The staff responded to our requests very quickly. Thanks to that since we had a stress-free training camp. I really appreciate that.

P. Somasundram, Coach
The pitch, the hotel, and the restaurants – everything was fantastic. We have many Muslim players and they cannot eat during the day, as its Ramadan. But, the staff responded flexibly and prepared meals for them even after their shifts had finished. I’m very grateful to all the staff for their understanding and service. I believe that playing four friendly games gave us an opportunity to strengthen the team. We played hard and seriously against Japanese teams, who had technique and speed.

Arif Shaqirin Bin Suhaimi (Captain)
I was over the moon to come to Japan. All the Japanese people were kind, and I had a relaxing time during the stay. The 2016 AFC U-16 Championship will be held in India in September. I’d like to aim to reach the quarterfinals, and bring what we learned during this training camp into the game! I look forward to visiting Japan again. 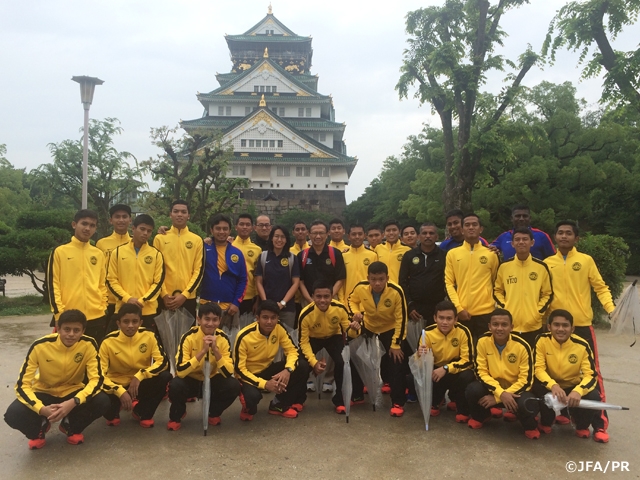