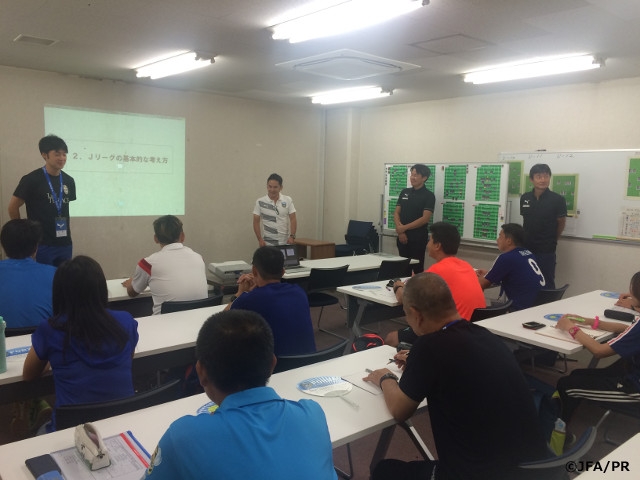 From 25 July to 4 August, 12 coaches from Chinese Taipei visited Japan to study about how to improve the National Training Coach Development System in their country. The trip was led by KURODA Kazuo, Training Centre Manager of Chinese Taipei, who was dispatched from JFA.

For the first three days from 25 July, the participants had a series of lectures such as: team principles of Kawasaki Frontale, the history and vision of player development, consistent player development from U-12, and one of JFA’s principles which is about “Football for all”.

From 29 July, they moved to Tokinosumika where there was the JFA Football Future Programme, training centre course U-12. They watched warming-up activities and matches of training centre teams from all over Japan. They then had a presentation about the coach development system. On 1 to 2 August, they joined in a Refresher Training Course for coaches to learn basics about coaching with Japanese coaches.

They also had a chance to watch J1 match Kawasaki Frontale vs. Shimizu S-Pulse, and J2 match Tokyo Verdy vs. Kyoto Sanga, to see the level of professional football league of Japan. 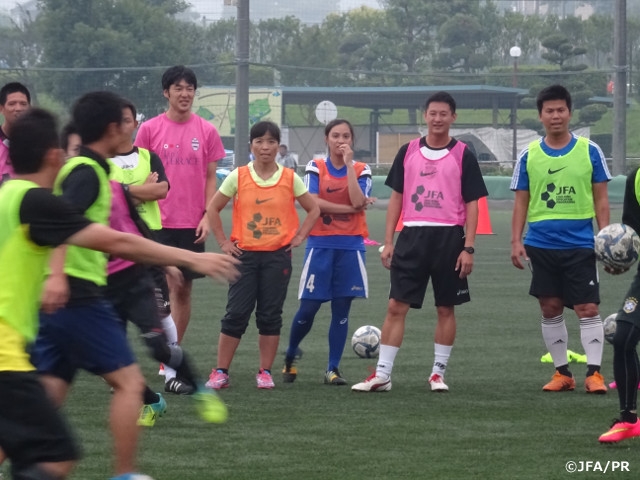 KURODA Kazuo, Training Centre Manager
We had 3 things that we wanted to visit and watch carefully: J. League Club team Kawasaki Frontale’s activities, JFA Football Future Programme, and J. League matches in both J1 and J2. We could do all of these things during our stay in Japan. I think it is very good that Japan is now trying to improve their youth development programme. The visit to Japan has been very successful and all the participants got positive shock knowing that it is difficult to catch up to Japan’s level. After this training course, we will work on making a good player development plan for Chinese Taipei. I appreciate Kawasaki Frontale, JFA International Relations Department, and Interpreter for supporting us.

HSIEH Shan-wu, U-12 Men’s National Team Coach
By receiving the training, I want to express my respect to Japan’s approach to coaching and I was shocked by many things in a positive way. Japan’s U-12 level is high and now I have more interested in how they train U-12 players. I hope I will have another chance to come back to learn more in detail.

CHANG LI CHAUN, U-14 Men’s National Team Coach
J. League facilities are very well maintained and football programmes for boys have been wonderful. I was surprised to see how popular football is in Japan. JFA Football Future Programme was a brilliant programe even though it has just taken place for the first time. Young players are well educated and trained. JFA is managed very well as an organisation and I found JFA staff members have done their jobs very well.

HUANG-TSUNG, U-15, U-18 Men’s National Team Assistant Coach
I wish I could have watched more about Japan’s U-12 training plan and practical training sessions. Since every team we visited showed good performances, I wanted to learn more about some secrets and approaches to maintain their levels. U-12 team’s training programme of Kawasaki Frontale was wonderful. Japan was just very nice including what we learned and staff member’s hospitality. Thank you very much. 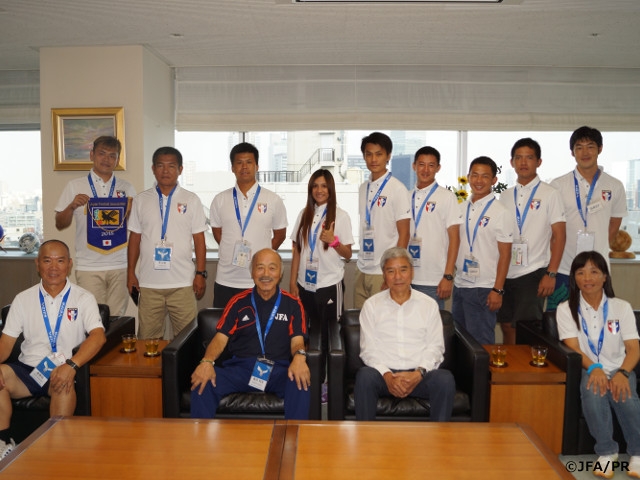