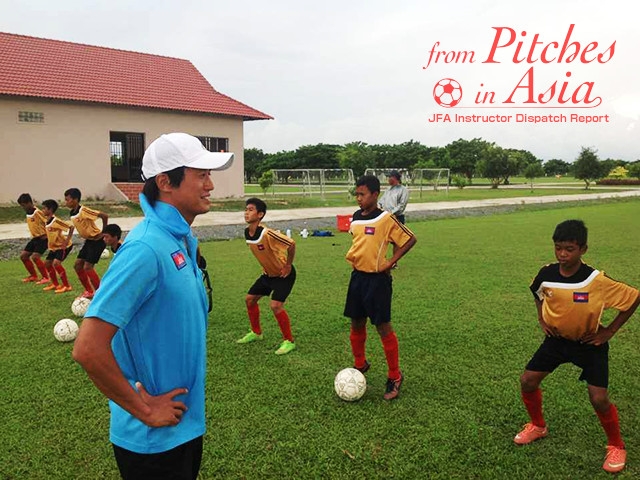 The second report of ‘From pitches in Asia’, in which we introduce the viewpoints of instructors active in Asian countries, is written by IKI Yusuke, the head coach of the Cambodian football academy and the U-15 Cambodia national football team.

The Cambodian football academy is a boarding school, which was founded in February 2014 in order to provide the players with every football-related cost, including clothing, food and housing. Many projects, such as the development training centre, are undertaken in preparation for the ‘SEA Games’ in 2023.

Before coming to Cambodia, I didn’t have a chance to learn about the life and people of Cambodia. After living fore one year, I found people here are very cheerful and kind. In the capital city, Phnom Penh, we can enjoy international cuisine and a new shopping mall was opened last year. So we can live comfortably. This country rather fits my personality.

As we started our project, bearing in mind the fact that ‘Japanese common sense doesn’t always translate abroad’, we weren’t shocked too much. Having said that, I stay alert to ensure my safety all the time. There are no clear rules of the road. Four people casually get on a motorbike, overload vehicles with baggage and people, and even drive into oncoming traffic. No one complains about it though.

In Cambodia, it’s not common at all for school age children to live separate from their parents. Many children work instead of going to school. So we found it very difficult to introduce a boarding school; the ‘Cambodia football academy’. There were several players who got homesick. Then gradually the players’ families showed some understanding for our project. The players grew up mentally and we built a good relationship. 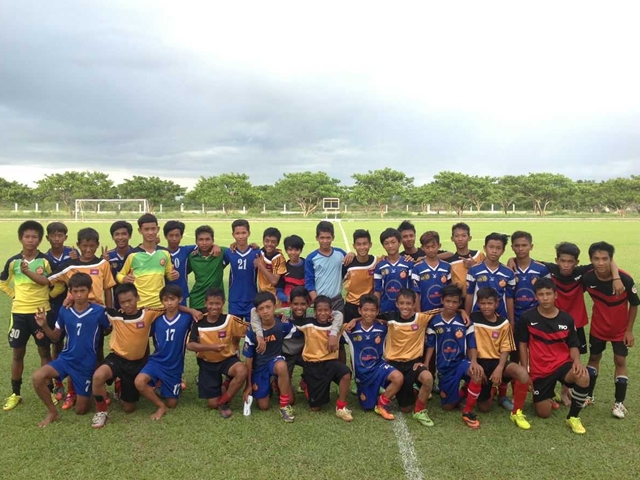 The character of Cambodian players

They tend to try hard with what they’re good at, but pretend not to realise their weakness or what they can’t do. So we shared what they can and can’t do by watching videos of their practice sessions and matches. Thanks to those efforts, now we share each one’s strong points and weaknesses and the players are more eager to work on both areas. It means all the players have become more serious about football.

One of the most difficult points

As Cambodia stays very low in the FIFA rankings, the players are not confident at all. They tend to be very shy and haven’t got much international experience. So in the international championship, they just show their weakness.

When the academy was founded, the players used to think they deserved losses and couldn’t counter-attack stronger teams with courage. Then once they were pressed, they conceded many goals. However, now they have global experiences, including official games and overseas camps, and they learn how to win the matches. So they want to win the game more than before. In the international championship in Thailand last December, they played well without fear and won their first international match.

Thanks to the cooperation of JICA, we held the youth league in the morning and the development training centre in the afternoon on every Sunday for three months. It increased their opportunities to play for the national team regardless of their current club teams. Also I think it was very stimulating for the players to practice with someone at a similar level, which gave us scouting opportunities. By providing lunch, we delivered dietary education as well. We also provided a place not only for football, but also an area for people’s communication at the national football centre with four natural grass pitches, which was well received. We’d like to continue the same thing this year. 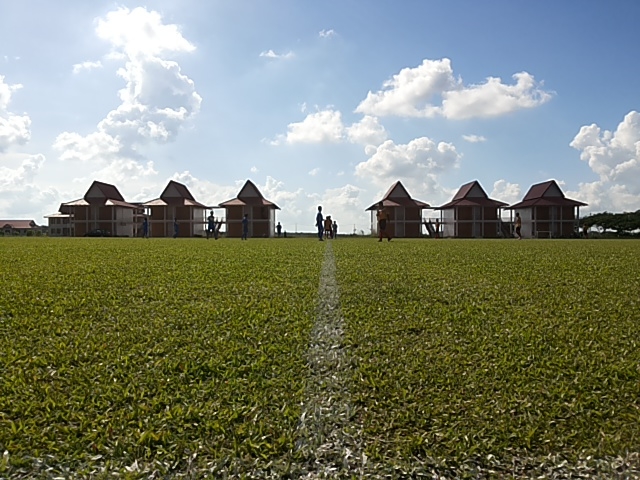 What we want to continue doing in Cambodia

Although we started our first year, fumbling our way through, we could do most of what we wanted, thanks to many people’s help. In the second year, we’ll host instructor’s training sessions, so that many people will learn about the Cambodian football academy and realise the importance of developing the players. We’d like to continue more productive activities based on this year’s programme. In September, the players will participate in the qualifying round of the AFC U-16 Championship. We’d like to win a match to start with. Then aim to get through the first round, in order to contribute to football in Cambodia.

Worked 15 years as coach for Academy of Vegalta Sendai. While keeping his position in Vegalta Sendai, dispatched to Cambodia through JICA(Japan International Cooperation Agency) and JFA(Japan Football Association) since 2014.

The next report of “From pitches in Asia” will be released in early March.