【Reflecting on the AFC Asian Qualifiers】Interview with Mr. ABE Yuki – “There is no substitute for anyone” 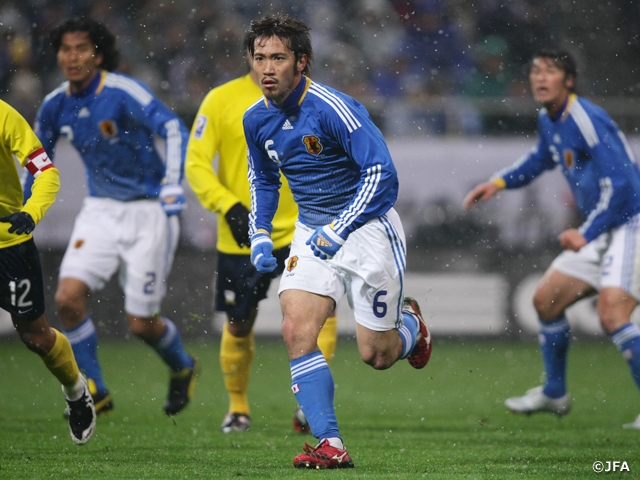 In this interview series “Reflecting on the AFC Asian Qualifiers,” we talked to players who played in the final round of the FIFA World Cup Asian qualifiers as a member of the SAMURAI BLUE (Japan National Team). In our fifth interview, we talked to Mr. ABE Yuki, who played a key role for Japan at the 2010 FIFA World Cup South Africa™.

――Japan is currently in second place in Group B of the AFC Asian Qualifiers (Road to Qatar) with four wins and two losses. What do you make of this result so far?

ABE It must have been disappointing to lose two matches at the beginning of this final round, but they seem to be unfazed by this difficult situation. As the level of competition in Asia has risen, the Asian Qualifiers of the FIFA World Cup have become more competitive each year. Many people seem to believe that Japan is the absolute leader in Asia and that they are always guaranteed to win, but there are no guarantees in football. I hope that the people surrounding the national team are aware of this and that they will support the players while recognising the difficulties they are going through at this Asian Qualifiers.

――Japan will face the group leaders, Saudi Arabia, on 1 February.

ABE Saudi Arabia is a tough opponent with lots of speed and technique, but they are not perfect. I have played against Saudi Arabian teams, both with the national team and with my club, and I found that they sometimes lose concentration when they are in defence. So, it is important that Japan capitalises on their opportunities, and whether they can score first or not, is the key to their success.

――What will it take to score the first goal against Saudi Arabia?

ABE They will need to apply aggressive pressure from their frontline. It goes without saying that it is essential not to concede first, but I would like to see Japan play to their strengths and play with aggression.

――The team will be without their key defenders, YOSHIDA Maya and TOMIYASU Takehiro due to injury.

ABE The players selected into this squad are the best they have at the moment. There is no substitute for anyone. There is always something that only that player can offer. If they can win in a situation where people expect it to be difficult, I think the team can become even stronger.

――The match against Saudi Arabia will take place at Saitama Stadium 2002.

ABE I heard that the Japan National Team have a very high win-rate at Saitama Stadium. It's great to be able to play a crucial match at a venue where they have hardly lost before. From the players' point of view, they might feel pressured thinking, “We cannot afford to lose here,” but I hope they can turn that pressure to their advantage.

――You have also played a World Cup qualification match at Saitama Stadium.

ABE I clearly remember the match against Thailand on 6 February 2008, in which I made my first start in the World Cup qualifiers. I remember it was snowing and it was very cold that day. It was very memorable to sing the national anthem in the national team uniform, but it doesn't matter if you start or enter as a substitute, the mindset remains the same. For me, each match was important. In a long competition like the Asian qualifiers, the team can still bounce back after losing a match, but I was focused on winning each match because I didn't know when I would be given the next opportunity. 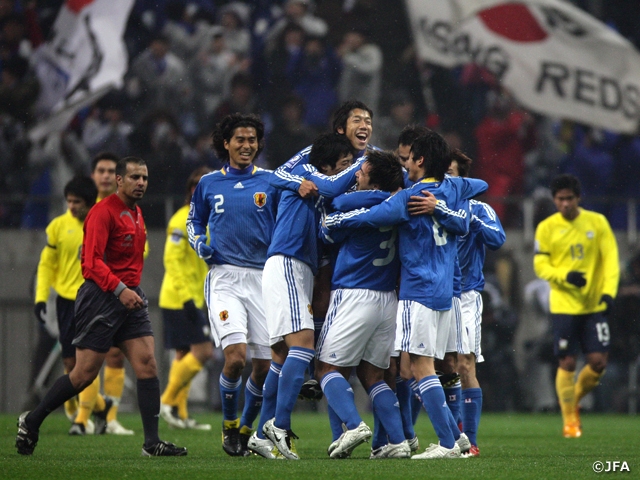 ――You were used as a late substitute in the away match against Uzbekistan in which Japan clinched their ticket to the 2010 FIFA World Cup South Africa™.

ABE With the team leading by a goal, my job was to finish the match without conceding any goals. Although I was on the pitch for only a few minutes, it was quite intense. When we qualified for the World Cup, the smiles of all the people who supported us immediately came to my mind.

――So the fans and supporters have been very important to you.

ABE Whether I was playing for the national team or for my club, I always felt the power of the supporters, on and off the pitch. Although there is no cheering during this ongoing pandemic, we can still feel that the supporters are fighting with us through their applause, which is something I have learnt playing in the J.League. I am sure that the players of the national team feel the same way as I do and will return the favour in the form of a victory.

――Lastly, could you give a message to the players of the SAMURAI BLUE?

ABE Winning is everything at the qualifiers. The situation could not be more difficult. I know the pressure, I've been there, but I want the players to enjoy the moment. I want the players to express their joy of playing football to the people who support them. That way, people watching the match, including myself, will be able to enjoy the qualifiers. 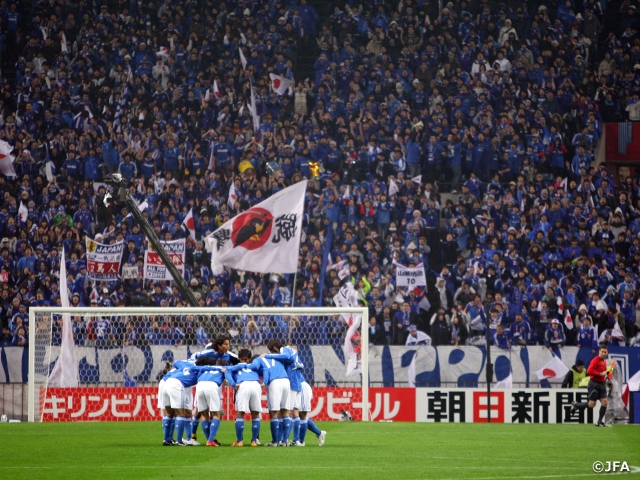