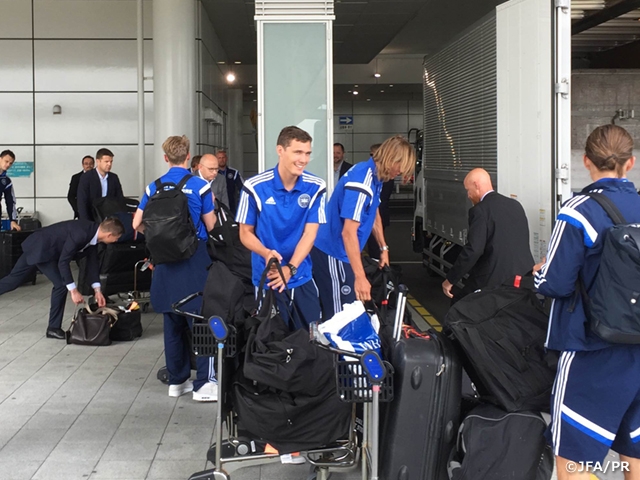 Denmark National Team arrived at Chubu International Airport on Wednesday 1 June for their outings at the KIRIN CUP SOCCER 2016 to be held at Toyota Stadium in Toyota, Aichi.

After arriving at hotel, the squad had a light workout at a field in Nagoya.

The team will have an official practice at Toyota Stadium on Thursday 2 to get ready for the Bosnia and Herzegovina match to be held on Friday 3 June.

Denmark will face Bosnia and Herzegovina on Friday 3 June, and SAMURAI BLUE or Bulgaria on Tuesday 7.

Aage HAREIDE, Coach
I'm looking forward to playing good games against good teams as a participating country of the KIRIN CUP. To show good games to Japanese fans, we hope to do our best as a team.

Simon KJAER
We've got to get good results in the first place, and I'm looking forward to the tournament as well. I hope many fans come to the stadium to watch good games.