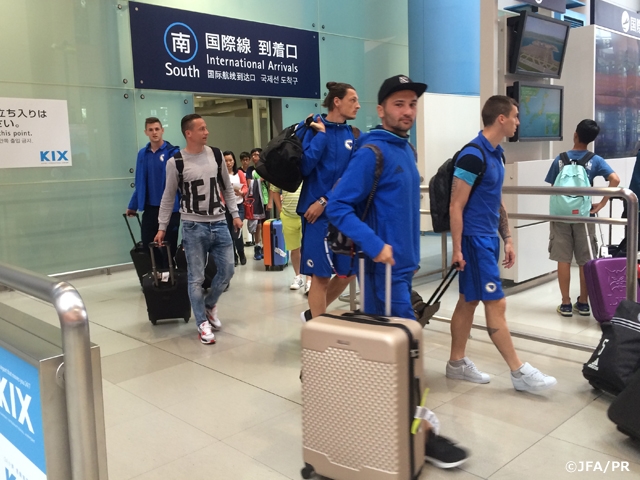 Bosnia and Herzegovina National Team arrived at Kansai International Airport on Wednesday 1 June in the run-up to the Kirin Cup Soccer 2016 to be held at Toyota Stadium in Toyota, Aichi.

Although the team seemed tired because of a long trip, they took an adequate rest at hotel before working on a light exercise in the afternoon including running and passing drills. 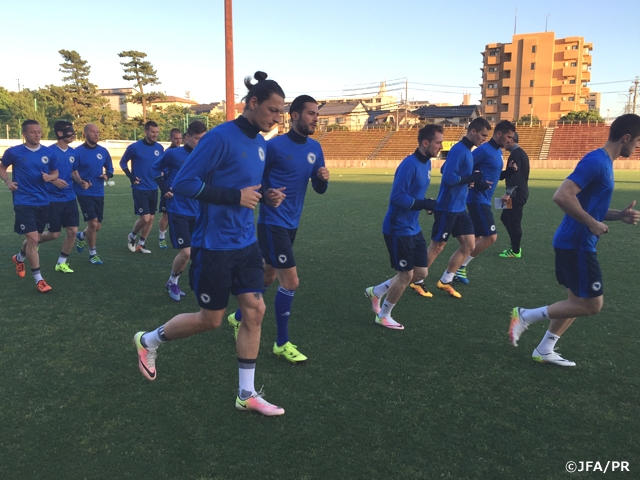 Bosnia and Herzegovina will face Denmark on Friday 3 June at Toyota Stadium before playing against Bulgaria or SAMURAI BLUE at Suita City Stadium on Tuesday 7.

Mehmed Bazdarevic, Coach
First, thank you for inviting us to the KIRIN CUP SOCCER 2016. I think it's a great opportunity to take part in this tournament for Bosnia and Herzegovina. I used to work in Grenoble, France, so I have a strong relationship with Japan. I have a lot of Japanese friends, and Japan national team's coach Halilhodzic is also one of my dear friends. We will give it our all and hopefully win the championship.

Anel Hadzic
I'm tired from the long trip but very happy to be here in Japan. We will try to get in form by the match day. And we all will work hard to face Halilhodzic's Japan and also win the first match and championship.

Haris Medunjanin
I'm happy to come to Japan. I know Japanese players well. A lot of players are playing in Europe and Japan are a good team. That makes us motivated. Other teams are also great. It's going to be a high-level tournament, but we will try to win the title.

Ibrahim Sehic
I've seen Japan many times on photos and TV, so I've always wanted to visit Japan. I'm very happy to come here finally. I know Japan are a good team, but we are also trying to do our best to win the championship. 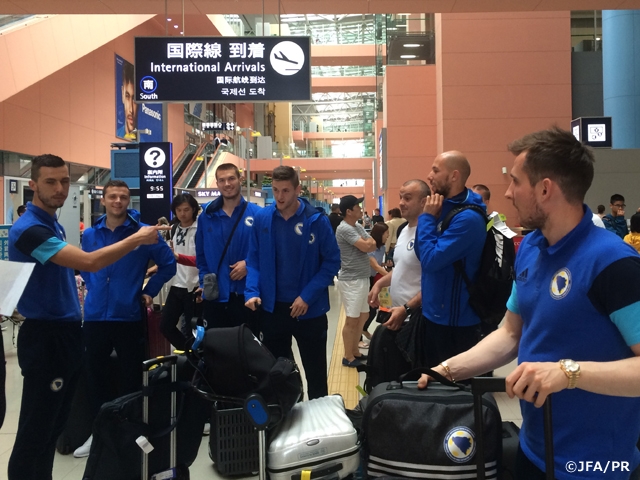